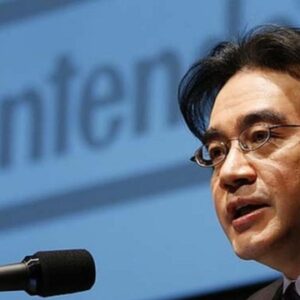 Satoru Iwata was a well-known Japanese video game programmer and entrepreneur who rose to become the fourth president of Nintendo, the Japanese video game company. Later, as the CEO of Nintendo of America, he was given additional responsibilities. He worked as a programmer for HAL Laboratory, Inc., which he joined during his university days, before joining Nintendo. While at HAL, he worked on a number of video games with Nintendo and became close to Hiroshi Yamauchi, the company’s president at the time. He studied marketing and was able to assist both HAL and Nintendo in raising their profit margins. He’s also known for his ground-breaking ideas, having played a key role in the development of the touch-enabled dual-screen Nintendo DS, the motion-controlled Wii, and the Amiibo figurines. Later in his career, he became the company’s public face, hosting the ‘Iwata Asks’ interview series and displaying his wit on ‘Nintendo Direct,’ a series of online press conferences. He was well appreciated by programmers and gamers alike as a skilled coder and self-proclaimed gamer.

Satoru Iwata was born in Sapporo, Japan, on December 6, 1959. His politician father worked as a prefectural official there before being elected mayor of Muroran. Satoru Iwata became interested in computers and video games in middle school, and during his junior year at Hokkaido Sapporo South High School, he began designing simple games in his HP-65 programmable calculator.

He enrolled in Tokyo Institute of Technology in 1978, majoring in computer science, and bought his first computer, a Commodore PET, which he later disassembled to learn how it worked.

Satoru Iwata was hired as a part-time programmer at HAL Laboratory, Inc, a game development company, in 1980, while still a university student. He helped the company become the first to obtain a Namco game development license by developing a peripheral device that allowed older computers to display the latest graphics.

Following his graduation in 1982, he joined HAL as the company’s fifth full-time employee and sole programmer. The following year, he was promoted to software production coordinator and assisted the company in reaching an agreement with Nintendo to manufacture games for the newly released Nintendo Entertainment System (NES).

He worked on games including ‘Balloon Fight,’ ‘NES Open Tournament Golf,’ ‘EarthBound,’ and the ‘Kirby’ games after starting with a version of the 1982 arcade game ‘Joust.’ He even devised his own data compression technology for ‘Open Tournament Golf,’ a game that several major studios first rejected due to the difficulty of storing enormous amounts of data on a NES cartridge.

He was appointed president of HAL in 1983, with the assistance of Nintendo’s then-President, Hiroshi Yamauchi, at a time when the business was on the verge of bankruptcy. In just six years, he was able to get the company out of its $1.5 billion debt, and he spent much of that time honing his managerial abilities by reading books and seeking guidance from seasoned executive

He worked on a set of compression tools for the games ‘Pokémon Gold and Silver,’ which were launched in November 1999, before officially joining Nintendo. In less than a week, he helped port the code for the fight system of ‘Pokémon Red and Green’ to ‘Pokémon Stadium’ for the Nintendo 64.

Tsunekazu Ishihara, the head of The Pokemon Company, has been credited with popularizing ‘Pokémon’ in Western markets. He was also a part of the Nintendo 64’s ‘Super Smash Bros.’ development team. He joined Nintendo as the General Manager of the Corporate Planning Division in 2000 and was elected to its board of directors the following year.

He worked right away on reducing the cost and duration of game creation without sacrificing quality, and he was a big part of the company’s 20 and 41 percent profit increases over the next two years. He became Nintendo’s fourth president, and the first not connected to the Yamauchi family, after Hiroshi Yamauchi retired on May 24, 2002.

He met directly with the heads of several sections of the corporation and its employees shortly after taking office, breaking Yamauchi’s habit of giving only an annual speech. He noticed that in order to stay competitive, they have focused on hardware-heavy consoles, which have only satisfied a small set of devoted gamers and made game development more challenging.

He then adopted a ‘blue ocean’ strategy, in which, rather than competing on device technical specifications, he aimed to improve the overall gaming experience for the typical user. He presented the Nintendo DS in 2004 as the successor to the company’s popular handheld device, the Game Boy Advance, which included two screens, one of which was touch-enabled. It was a big hit, thanks in part to the ‘Brain Age’ training game series, which was created specifically to appeal to non-gamers.

He also worked on the Wii, a family-oriented home system that was released in 2006 and was thinner and more power efficient than its predecessor GameCube while delivering better performance. To make it more accessible to everyone, he dropped the traditional controller in favor of the Wii Remote, which had a motion sensor for gesture control.

Following the success of the Wii, he began designing items to improve people’s quality of life, such as the Wii Fit fitness game and the Vitality Sensor, which were both canceled. However, the company’s profit margin began to drop in 2010, and the company’s next two devices—the Nintendo 3DS, which was released in 2011, and the Wii U, which was released the following year—failed to boost sales.

He was named CEO of the company’s American division in June 2013. Later that year, he created the Amiibo figurines, a line of real toys inspired by Nintendo games that quickly became a hit. While he was initially opposed to moving to the booming mobile gaming business, he served as the Nintendo Switch’s head developer in his final months.

After taking over as the president of Nintendo, Satoru Iwata introduced the ‘blue ocean’ approach which enabled the business successfully compete with competing console makers.

In 2004, he released the Nintendo DS, a touch-screen-enabled handheld console that went on to sell more than 154 million units in less than a decade, making it the second-best-selling video game console of all time.

He was a driving force behind the development of the Wii, a groundbreaking family gaming platform that popularized motion control-based video games. It attracted a huge number of casual gamers to the market and helped the company’s stock price nearly double.

At the 2015 ‘Golden Joystick Awards’ and the 2016 ‘DICE Awards,’ Satoru Iwata was posthumously honored with ‘Lifetime Achievement Awards.’

Satoru Iwata, who had been ill for almost a year, died on July 11, 2015, at the age of 55, as a result of complications from a tumor operation he underwent in June 2014. Kayoko, his wife, survives him.

Satoru Iwata’s intention to pursue a career in game development was initially met with opposition from his family. His father did not speak to him for six months after he started working full-time at HAL.

Satoru Iwata net worth: Satoru Iwata was a $50 million dollar Japanese video game programmer. Satoru Iwata was born in December 1959 in Sapporo, Japan, and died in July 2015. From 2002 to 2015, he was Nintendo’s fourth President and CEO. His contributions to the video game business include a shift away from hardware and toward more engaging and creative games.