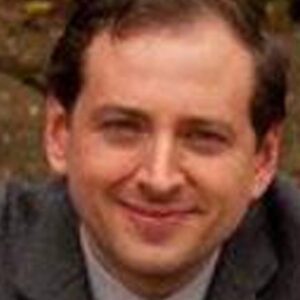 The “Five Nights at Freddy’s franchise” is the work of American video game designer, developer, and animator Scott Cawthon. If you enjoy playing video games, chances are you’ve already played a title from the independent “Five Nights at Freddy’s” series. Scott Cawthon was responsible for the creation, development, design, and publication of the television series, which later became known as the “FNaF” media brand. However, the game creator and animator originally had limited success. Even renowned reviewers attacked him for using animatronic machine-like creatures in his games, such as “Chipper and Sons Lumber Co.” Although these comments originally dampened Cawthon’s spirits, he later made the decision to employ such characters in his future gaming endeavors. This resulted in the development of “Five Nights at Freddy’s,” the first game in the popular franchise that served as his big break into the gaming industry. The novel “Five Nights at Freddy’s: The Silver Eyes” and five further games in the series were both created as a result of its success and popularity. The franchise will soon release a new book called “Five Nights at Freddy’s: The Twisted Ones” as well as an official guidebook to the series called “The Freddy Files.” The series will also be adapted into a movie. There Is No Pause Button!, The Desolate Hope, and “The Pilgrim’s Progress,” to name a few, are other notable games and animations created by Cawthon, who also continued to be associated with “Hope Animation,” which specializes in creating animated films intended to spread the teachings of Lord Jesus.

Although it is unclear exactly when Scott Cawthon began his work as an animator and game designer, it is assumed that it was sometime in the 1990s.

Cawthon, a devout Christian, continued to be involved with “Hope Animation,” a company that creates computer games and animations to share the gospel. One of his earliest significant video games, “The Pilgrim’s Progress,” was published by “Hope Animation” and was based on the Christian novel of the same name by John Bunyan. On March 19, 2007, he posted a video of himself playing this game to his YouTube account.

The Desolate Hope (2012), Chipper and Sons Lumber Co. (2013), Sit ‘N Survive (2014), and There Is No Pause Button! are just a few of the games he came up with throughout time (2014). However, he received harsh criticism from well-known critics for using characters in his games who talk and move like animatronic machines, especially in titles like Chipper and Sons Lumber Co.

Cawthon was first discouraged by such criticism to the point where he even considered quitting up game development, but he ultimately decided to employ such characters in his subsequent works, which served as the foundation for the creation of his most popular series, “Five Nights at Freddy’s.”

The point-and-click survival mystery horror video game “Five Nights at Freddy’s,” which included eerie animatronic figures, was where his success as a game developer began in 2014. After Cawthon submitted the game to “IndieDB” on July 24, 2014, it quickly gained popularity.

Then, on August 8, 2014, it was made available on “Desura,” where it quickly rose to the top in sales for the week ending August 18, 2014. After that, it was made available on August 20, 2014, on “Steam.” Due to its eventual success, it was the topic of several well-liked “Let’s Play” videos on YouTube. On August 27 and September 11 of that same year, mobile ports for Android and iOS were also released.

On January 21, 2016, an ‘FNaF World’ spin-off game for Microsoft Windows was made available along with Kira Breed-Wrisley, he published “Five Nights at Freddy’s: The Silver Eyes,” a book adaption of the series, in 2015. 2017 will see the publication of two more books: the novel “Five Nights at Freddy’s: The Twisted Ones” and the official guidebook “The Freddy Files.”

The Pilgrim’s Progress, A Christmas Journey, Noah’s Ark: Story of the Biblical Flood, and The Jesus Kids’ Club are just a few of the independent movies that Cawthon has produced throughout the years (series).

On July 26, 1971, Scott Cawthon was born in the US. He received his education at “The Art Institute of Houston.” He currently resides in Salado, Texas, in the US, along with his wife and three kids.