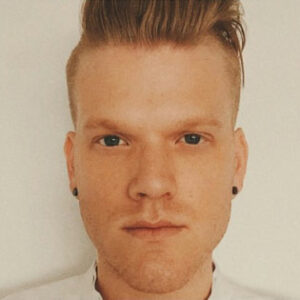 Scott Hoying is an American singer, songwriter, pianist, and the founder of ‘Pentatonix,’ the world’s most famous a cappella group. He is the group’s baritone lead and backup vocalist. In the third season of NBC’s reality show “The Sing-Off,” the band won and secured a contract with Sony Music. Scott has been a musician and singer since he was a toddler. He aspired to one day reach the pinnacle of the music industry as a child. He formed an A Cappella band with his childhood friends Kristin Maldonado and Mitchell Grassi, and later with Avi Kaplan and Kevin Olusola, after learning about the tryouts for the reality show “The Sing-Off.” The group wowed the audience with their melodies, vocal harmonies, beatboxing, and riffing, winning them worldwide acclaim. Scott has released three EPs and four full-length albums since their win, two of which were recorded during the holiday season, with his five-piece band. Almost all of the group’s tracks have charted on the Billboard music charts in the United States. He and his band members have also garnered numerous important music prizes and have played at numerous music events. He has gone on two major tours to promote his albums and songs, the most recent of which was a globe tour.

Scott Hoying was born in Arlington, Texas on September 17, 1991. He went to ‘Martin High School’ in his hometown where he grew up. Mitchell Grassi has been Scott’s best buddy since boyhood.

Scott and Mitchell attended the same high school as Kristin Maldonado and were close friends. The three decided to start their own band in order to compete in a local radio competition and meet the cast of ‘Glee.’
They recorded a cover of Lady Gaga’s “Telephone” and sent it to the radio station. Despite the fact that they did not meet the cast of Glee since they lost the competition, they became quite popular at school.

They performed together at school occasions as well as at neighborhood concerts. Scott’s parents were always there for him. In 2010, he graduated from high school and relocated to Los Angeles to pursue a music degree at the University of Southern California.

As a baritone vocalist, he joined the ‘SoCal VoCals’ A Cappella group during university, which helped him build confidence performing on stage as an adult.

He learned about the tryouts for “The Sing-Off” in the middle of his graduation. He persuaded Mitch Grassi and Kristie Maldonado to accompany him in order to relive the magic of his boyhood and live his dream.
To round out the trio, he reached out to Avi Kaplan, a vocal bassist and YouTube beatboxing phenomenon known as

‘Kevin Olusola.’ They established the A Cappella ensemble together. Scott dropped out of college to focus on the organization and assist it win the competition.

The Sing-Off and Pentatonix

Scott was the one who came up with the name “Pentatonix” for his band. He called it after the “pentatonic scale,” which consists of five notes per octave, and changed the ‘c’ to a ‘x’ to make the band name more current and appealing.

Scott and the other members of the group met the day before their reality TV audition. They recognized each other’s skills and encouraged one another to give it their all on the show; with each other’s help, they breezed through the auditions and were quickly promoted to the live shows.

The ensemble sang at astonishing vocal ranges on the show, and the judges were soothed by the variation in voice textures. Scott wowed the judges and audience on the show with his flawless harmonies in songs including ‘Piece of My Heart,’ ‘Born to the Wild,’ ‘Let’s Get It On,’ and ‘Without You.’

Scott and his band opened the finale episode with David Guetta’s “Without You,” followed by 98 Degrees’ “Give Me Just One Night.” With the group’s victory song, ‘Eye of the Tiger,’ he went on to win the third season of the competition in 2011.

Scott began working with Madison Gate Records in 2012, under the direction of producer Ben Bram. The group’s first EP, dubbed ‘PTX Volume 1’, was released in June. It hit number 14 on the Billboard 200 and number 5 on the digital charts in the United States.

He embarked on a home tour in 2012 to promote the newly released extended play. He gave concerts in thirty different cities around the United States. His first tour was a huge success, with all of his shows selling out.
Later in November, he released the ‘PTXMas’ Christmas EP. Most of his gigs during the holiday season were booked for events including ‘Coca-Cola Red Carpet LIVE!,’ ‘Holiday Christmas Parade,’ and ‘94.7 The Wave Christmas Concert.’

A Christmas album was published shortly after as a deluxe edition to the EP. The song ‘Little Drummer Boy’ reached number one on the Holiday Chart and number twenty-four on the Billboard Album Charts in the United States.
Scott and other members of PTX visited the set of ‘The Ellen De Generes Show’ in 2013 to promote a new EP called ‘PTX Vol II.’ The following year, they teamed up with ‘RCA Records’ to release their first official album, ‘PTX-I & II.’

His third EP, ‘PTX Volume III,’ was released in August 2014 to rave reviews and peaked at number five on the Billboard 200, with songs like ‘Problem’ and ‘La La Latch’ topping numerous music charts.

Three chart-topping albums in a row

Scott also became a lyricist with his following album, ‘That’s Christmas to Me.’ He co-wrote the album’s title tune, which was released in late 2014. It debuted at number four on the Billboard 200 as soon as it hit the airwaves.
His third full-length album, titled ‘Pentatonix’ after the band, was released in 2015. When promoting the album, Scott boasted that it contained no cover songs and that all of the tracks were his compositions.

His band’s fourth album is titled ‘A Pentatonix Christmas.’ ‘Good to Be Bad’ and ‘The Christmas Sing-Along’ were two original songs on the album, which was released in 2016. The album topped the ‘Holiday Album Charts’ and was ranked second on the Billboard 200.

His a cappella trio became the first to top the ‘Holiday Album’ and ‘Holiday Song’ charts in 2011. Since 1962, the ‘PTXmas’ album has held the record for being the highest charting holiday album.

The RIAA awarded his group’s record ‘That’s Christmas To Me’ gold certification. It was certified Platinum on December 10th, 2014, after 14 days. It was still in the Holiday Albums two years after its release, and it was certified Double Platinum in 2016.

Scott’s debut album, ‘Pentatonix,’ landed at number one on the Billboard 200 chart. It sold over 98,000 copies and was certified gold by the Recording Industry Association of America (RIAA) in 2016.

Scott and his band won two Grammy Awards for ‘Best Arrangement, Instrumental or A Cappella’ in 2015 and 2016. In 2015, he also won the Shorty Award for ‘Best YouTube Musician.’

He is currently based in the city of Los Angeles, California. Beyoncé, a pop and R&B performer, is his idol and main inspiration.

Every Tuesday, Scott and his best friend, Mitch Grassi, upload ‘Vlogs’ on their YouTube channel, ‘SUPERFRUIT.’
He has had scoliosis since he was a toddler. Fortunately, it hasn’t gotten any worse as an adult and appears to be under control.

He has donated to a number of charitable events and foundations. During his appearance on ‘The Sing-Off,’ he paid a visit to ‘The Trevor Project,’ an organization dedicated to preventing LGBTQ suicides. He also performed at an event to benefit the ‘University of Rochester Yellow Jackets’ and the ‘Mass General Cancer Center.’

Scott Hoying has an estimated net worth of $8 million as a singer, composer, pianist, actor, and producer. Scott Hoying was born in Arlington, Texas. He is well known as a member of Pentatonix. Hoying began performing at the age of eight and was a SoVoCals member at USC.

In 2004, he competed on ‘Star Search,’ but was defeated by Karina on the show by one point.