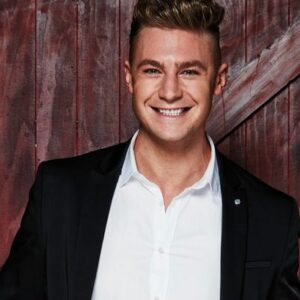 Scott Timlin, best known to his fans as Scotty T, is a British reality TV star. He’s one of those well-known television personalities that can keep his followers awake at night. The attractive reality TV star from the UK television spin-off of the legendary ‘Jersey Shore’ has been a part of ‘Geordie Shore’ since its inception and has remained the show’s sweetheart ever since. Scotty has always been in the public spotlight, having appeared on several of the most well-known reality television shows. His flamboyance and unique character are well-liked by the crowd, and he has earned a reputation as a ladies’ man! His outgoing attitude and incessant urge to be seen at parties have won him a cult following among the radicals. On social media, he has millions of followers who follow his updates and tweets on Instagram and Twitter. While admirers ooh and aah over his newest party scene or great hanging out with costars images, he is raking in the cash, bringing his net worth to almost 630,000 GBP!

When Scotty joined the cast of the reality television show Geordie Shore, which aired on MTV in England, he became an immediate celebrity. The series is set on the beaches of Newcastle, England, and is based on the popular American show Jersey Shore.

Scotty first appeared as a guest star in the third season, then became a full-time cast member in the fourth season, and is still a part of the show in its 14th season. He had no trouble blending in with the existing ensemble and adapting to the show’s “party all the time” vibe.

His popularity skyrocketed, and his character quickly became one of the most popular on reality television.
Scotty has continued to be associated with ‘Geordie Shore’ since 2012, although he has also starred in a number of other reality television shows.

He also co-starred in the show Ex on the Beach with his ex-girlfriend Ashleigh Defty as a prominent cast member. He also had a cameo appearance as himself in the sitcom Neighbours.

Scotty comes across to his fans as an energetic young man who is enthralled by life and all of its wonders. He’s a party animal and a very pleasant character who can quickly warm up to anyone he meets.

He seemed to like receiving attention, particularly from attractive young women. And there’s no denying that his adoring followers pay him plenty of attention. He is tall, with a sculpted physique, magnificent blonde hair fashioned in sensual spikes all the time, and stunning blue eyes in a perfectly symmetrical face. Why wouldn’t the ladies be smitten with him?

His brief career in reality television has been marred by a slew of scandals. His contemporaries believe that his quick stardom and admiration from a virtual nothing has gone to his head, as seen by his reckless partying and flagrant disrespect for what is decent. He was detained for possessing a handgun in a public area after breaking his hand in a car accident, which he claims was purely for’mindless fun.’

He’s hooked up with a number of his co-stars, earning him the nickname “playboy of the house.” Scotty appears to value this image and is adamant about maintaining it in real life.

Marnie Simpson, Holly Hagan, and Charlotte Crosby, his Geordie Shore co-stars, have all dated him. He is presently linked to another costar, Chloe Ferry, who is a recent addition to the show. He was also photographed getting hot and heavy with Meghan McKenna, a Celebrity Big Brother housemate, and was thought to be involved with Jemma Lucy, a co-star on Ex on the Beach and the girlfriend of his best buddy, Dave Hawley.

His image and lifestyle took a toll on his personal life, and he finally ended his relationship with long-time on-again, off-again girlfriend Francessca Toole. Scotty is presently linked to Chloe Ferry, another Geordie Shore co-star.

Scott’s history, parents, and siblings are all unknown. He previously stated in an interview that he worked as a club manager before entering into reality television. He appeared to have received excellent grades in school. He enjoys going to the gym and being in shape.

His net worth is believed to be £630,000. According to Companies House documents, his company was declared bankrupt in 2018 after five years of operation. According to DailyMail.co.uk, he owes the taxman a total of £147,000, plus an additional £1,000 to an accountant. For each sponsored Instagram post, he received an average of £11,600.