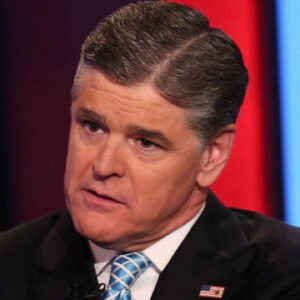 Sean Hannity, the enormously well-liked host of the radio talk show “The Sean Hannity Show,” is more than just a radio or television entertainer. He is a renowned political pundit, a multifaceted author of numerous best-selling books, and a man of many talents. He is recognized as one of the most important conservative voices in the United States and is known for his frank commentary on American politics and agenda. The Sean Hannity Show is the second-most-listened-to commercial radio program in the nation, with millions of listeners nationwide. He is regarded as one of the greatest radio talk show hosts ever and is a well-known figure on television. He co-hosted the immensely popular “Hannity & Colmes” program with Alan Colmes, and after Colmes left, he hosted the program alone under the name “Hannity.” His shows, which are mainly conservative political talk shows, feature his views and opinions on current political events and other relevant topics. Even though he had never been a politician or a news reporter, he is well-liked for his strong political beliefs and hosting abilities. Additionally, he is the author of three political tomes, all of which have achieved best-seller status among nonfiction books on the New York Times Bestseller list.

At the student-run KCSB-FM station, he had his first opportunity to conduct a radio talk program in 1989. But less than a year later, his weekly show was canceled.

He was hired to conduct an afternoon discussion program by the radio station WVNN, but he soon transferred to WGST in 1992.

In 1996, he received a significant break when Fox News co-founder Roger Ailes hired him to co-host a program with Alan Colmes. In October 1996, “Hannity & Colmes,” a live television program, made its debut.

The co-hosts of the “Hannity & Colmes” program offered a conservative and a liberal viewpoint on current events, respectively.

In 1997, Hannity received the late-night time slot from WABC. The following year, he was also given the afternoon slot, where he has since continued to appear.

He is the host of the enormously popular radio talk show “The Sean Hannity Show,” which began airing on more than 500 stations throughout the country in September 2001. Hannity discusses a range of political issues, including terrorism, conflict, illegal immigration, etc. Hannity offers a phone number on his program so that viewers who don’t agree with him can call and speak with him. A book club for the program also hosts author interviews and discussions of related subjects.

In 2002, he released Let Freedom Ring: Winning the War of Liberty over Liberalism. It was a commentary on the world as he regarded its political, social, and cultural facets. It became a bestseller in the New York Times.

Deliver Us from Evil: Defeating Terrorism, Despotism, and Liberalism, his second book, was published in 2004. In this contentious book, he made comparisons between Osama bin Laden, Saddam Hussein, Joseph Stalin, and Adolf Hitler.

He started presenting “Hannity’s America,” a weekly chat show, on the Fox News Channel in 2007. He offered his opinion on political developments from the previous week. The show aired through 2009.

In 2008, Alan Colmes made it known that he will be leaving the program “Hannity & Colmes.” Since January 2009, Hannity has been the sole host of the program since it was renamed simply “Hannity” following his departure. In the broadcast, he conducts interviews with guests and offers his own commentary.

His radio talk show, “The Sean Hannity Show,” is one of the most listened-to commercial radio programs and is immensely popular. The only radio broadcaster better than Rush Limbaugh is regarded to be Sean Hannity.
He wrote three political books, all of which were listed as New York Times bestsellers.

The National Association of Broadcasters presented him with the Marconi Award for the Network Syndicated Personality of the Year in 2003 and 2007.
Three years in a row, he took home the Radio and Records magazine’s national Talk Show Host of the Year Award.

In 1993, he wed Jill Rhodes, and the two later had two kids.
Since 2003, he has been hosting charity events with a country music theme called “Freedom Concerts.”
In 2005, he received an honorary degree from Liberty University’s chancellor.

He enjoys listening to Garth Brooks’ country music a lot.