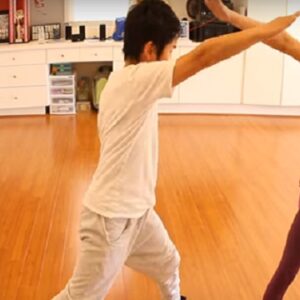 Sean Lew is a gifted young man who can cook, dance, and create choreography. He is one of the brightest and most promising young dancers out there, having danced since the ripe old age of four. Anyone who has watched his dance videos can witness the fact that he can rival many adult and professional dancers in the world. When a video of him dancing to Lady Gaga’s “Applause” in a Miguel Zarate combo went viral, he became an overnight sensation. Lew, while being rather young, has a sizable fan base and has achieved great success. Due to the popularity of his dancing, he has a lot of YouTube videos that have gone viral. He also created the choreography for them. In addition to choreographing and performing, he is an excellent cook. Many websites on the Internet have featured his cooking skills and abilities, including the Beast Network, where he has a section called “Cooking with Sean Lew.” Additionally, deep-fried burgers and monkey bread are two of his most well-known recipes!

In his own right, Sean Lew is a superb dancer. Everything began when his rendition of Lady Gaga’s “Applause” went viral online, making him an overnight sensation and fame. At the age of eight, he quickly got his first professional employment on none other than the TV program “Glee”! Additionally, he has been on shows like “X-Factor,” “Kids Choice Awards,” and even “Rachel vs. Guy: Kids Cook Off.”

Since everything started there, Lew has been receiving his instruction at the Mather Dance Studio and will continue to do so. The dance studio has greatly contributed to his achievement. Lew, a member of the renowned and gifted dancing group LilBeasts, has admirable and jaw-dropping dance moves. People who have viewed his videos describe him as an inspirational dancer and think that he will one day become a major sensation. He is so well-liked that both his audience and followers want Ellen DeGeneres to invite him on her television program, “The Ellen DeGeneres Show”! He has also wowed audiences with his incredible performances with “CollectiveUth” and has traveled the country as an elite protégé with “The Pulse On” tour.

Why Sean Lew Is So Special?

It is no secret that Sean Lew possesses extraordinary dance talent, but what truly sets him apart is the amount of heart and love he puts into each and every one of his performances. His overall demeanor and magnetism, rather than just his talent, are what set him apart. He constantly overshadows the other dancers when he performs with the rest of the crew since he is the one guy everyone is looking at. The young dancer approaches each movement with precision, elegance, and flair, regardless of the genre. He has thousands of followers and supporters in California as a result, making him one of the most inspiring dancers to have achieved so much success so quickly and at such a young age.

Past Fame of Sean Lew

He is undoubtedly a well-known dancer, a budding choreographer, and a superb cook, but outside of his notoriety, he is simply another average adolescent boy who adores and values his family. Keep an eye out because this young person has some really high aspirations for the future.

Behind the scenes, Sean Lew is an incredibly passionate cook and pianist. He enjoys playing basketball with his father, eating meals prepared by his mother, and spending time with his family in general. His all-time favorite film is “Step Up 3D,” and one day he wishes to host his own TV show or collaborate with a major musician.

Sean is one of the wealthiest dancers and is among the most well-liked dancers. Our study of Sean Lew’s net worth from sources like Wikipedia, Forbes, and Business Insider indicates that it is around $1.5 million.