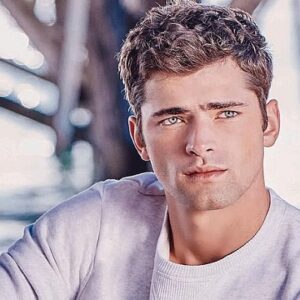 Sean Richard O’Pry is a fashion model from the United States. Sean O’Pry has been the most successful male model in the world since 2013, and he is also one of the top paid models in the world. Sean was discovered on social media after posting photos from his prom night, and he has since walked the runway at major fashion weeks as well as being the face of several mega-hit businesses and music videos. He never fails to enchant his female followers with his towering height and boy next door looks. He’s worked with celebrities including Taylor Swift and Madonna, as well as prominent stylists and musicians. His ‘Instagram’ page has over 600,000 followers. On ‘Twitter,’ he has 94.9 thousand followers, and on his official ‘Facebook’ page, he has over 65 thousand fans. Because his job requires him to travel throughout the world, he has become one of the most well-known male models of all time. He has appeared on the covers of ‘Vogue’ and ‘GQ,’ as well as being named ‘Man of the Year’ by ‘GQ Spain’ in 2016.

The Career of Sean

Sean chose to model as a career after graduating from high school, but it wasn’t until his prom images were discovered on Sean’s MySpace account by Nole Marin, founder/owner of ‘AIM Model Management.’ Sean’s journey has been smooth since then, thanks to the help of a righteous hand.

‘Calvin Klein,’ ‘Giorgio Armani,’ ‘Versace,’ and ‘Dolce & Gabbana’ have all used him as the face of their commercial campaigns. ‘H&M’, ‘Marc Jacobs’, ‘American Eagle’, ‘Ralph Lauren’, ‘GQ’, ‘DSquared’, ‘Numero Homme’, ‘Gap’, ‘Diesel’, and ‘Lacoste’ are some of the brands that come to mind.

He has not only raked in millions as a print and commercial model, but he has also wowed audiences on the runway at a number of fashion shows.

With women enamored by his stunning looks, it wasn’t long before he was a prominent face in music videos as well, with lead roles in Taylor Swift’s ‘Blank Space’ music video and Madonna’s sizzling video for ‘Girl Gone Wild.’

In 2008, ‘Forbes’ magazine called O’Pry the eighth most successful model, and the following year, she rose to first place.

In 2015, he was voted first among the ‘Top 50’ most successful male models by Models.com. Sean was ranked fifth on Vogue’s list of the best male models of all time, with veteran Tyson Beckford at the top.

What Sets Sean O Pry Apart From the Rest Having no prior modeling experience and still making it to the top of the list has been a source of tremendous satisfaction for the sultry hunk.

Sean never expected that a phone contact from ‘AIM Management’ would change his life, but he took advantage of the opportunity.

He has won the hearts of women of all ages all over the world with his natural spectacular looks and chiseled body, and he is an inspiration for many aspiring male models.

His humility and love for his family, particularly his mother, are evident. She has been his greatest source of inspiration.

Sean’s deep blue eyes might steal the spotlight, but he’s also a sports fan. In high school, he was a member of his baseball team, and he also enjoyed basketball and football.

Coming from the countryside, he is enchanted by the little things in life and isn’t one to “enjoy life in luxury.” He enjoys going to Waffle House and spending time with his family during his holidays.

He now lives in New York, which he views to be the polar antithesis of South American society. He is an animal enthusiast who has a dog as a pet.

Sean joked that he’s happy male models don’t have to wear heels in an interview that if there was one thing he’d like to improve about himself, it would be his ramp walk.

Sean O’Pry was born on July 5, 1989, in Kennesaw, Georgia, to a half-Native American, half-Irish family. He attended ‘North Cobb High School’ and grew up in the country.

Chris, his older brother, and Shannon, his younger sister, are his siblings.
His modeling career took off in the fashion and entertainment industries just after he graduated from high school.

He was in a relationship with Romanian model Diana Moldovan from 2009 to 2012 and then dated Chinese model Ming Xi for a year in 2012, but their relationship ended in 2013. Sean is currently unattached.

Sean O’Pry is an $8 million dollar model from the United States.