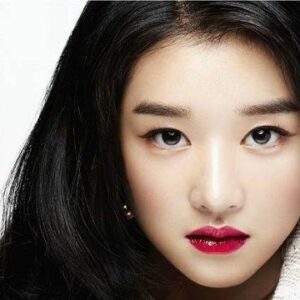 Seo Ye-ji is a South Korean actress who has been in television shows such as ‘The Night Watchman’s Journal’ and ‘Last.’ She had no desire to pursue a career in the world of beauty and entertainment, preferring instead to work as a television news anchor. Seo’s fate, on the other hand, had other plans. She was discovered by the CEO of Made in Chan Entertainment, her management business at the time, who persuaded her to pursue a career as an actress. She began her career in the show business as a model for SK Telecom in 2013, and then moved into acting the following year with the South Korean sitcom ‘Potato Star 2013QR3’. Other South Korean television series followed, including ‘The Night Watchman’s Journal,’ a historical suspense romantic fantasy drama, and ‘Last,’ a crime action thriller drama, all of which featured her in key roles. ‘The Throne’ and ‘Seondal: The Man Who Sells the River,’ among others, are among her big-screen appearances. She’s also appeared as a guest on the variety shows ‘Running Man’ and ‘Knowing Bros,’ as well as in Big Bang’s music video for ‘Let’s Not Fall In Love.’

Seo Ye-ji was born in Seoul, South Korea, on April 6, 1990. Her childhood and family are largely unknown.
She went to Youngwon Middle School before transferring to Youngshin High School. She wanted to be a television news anchor, so she studied journalism in Spain.

In 2013, she began her career in the world of glamour and entertainment as a model for SK Telecom. That same year, she made her acting debut in the romantic comedy family drama ‘Potato Star 2013QR3’. She starred as Noh Soo-young in the 120-episode tvN series, which aired from September 23, 2013 to May 15, 2014.
She also played the character of Min-joo in the Samsung Galaxy S4 short film ‘Love’ in 2013.

In 2014, she appeared in the ‘The Three Female Runaways’ episode of Season 5 of KBS2’s weekly drama ‘Drama Special,’ which aired on September 21. She played Soo-ji in the film, which also featured Jang Hee-jin and Park Hae-mi.

She played Hwang Ji-hye in the family comedy romance television series ‘Super Daddy Yeol.’ The series aired from March 13, 2015 to May 2, 2015, and was based on a webtoon of the same name.

Her next significant television series was ‘Last,’ a crime action thriller drama in which she played Shin Na-ra alongside Yoon Kye-sang and Lee Beom-soo, among others. From July 24, 2015 until September 12, 2015, it aired on ABC.

She starred alongside Song Kang-ho and Yoo Ah-in in Lee Joon-historical ik’s period drama film ‘The Throne,’ in which she played Queen Jeongsun.

‘The Throne,’ which was released on September 16, 2015, received numerous prizes and accolades, including a nomination for Best Foreign Language Film at the 88th Academy Awards. It was a box office smash, grossing $42.5 million in the United States.

Seo played Kang Yoo-shin in the 2015 mystery film ‘Circle of Atonement,’ directed by Park Eun-Kyung and Lee Dong-Ha. On October 2 of that year, the film had its global premiere at the Busan International Film Festival.
She also appeared in the 244th episode of the variety show ‘Running Man,’ as well as the music video ‘Let’s Not Fall In Love,’ by South Korean boy band ‘Big Bang.’

She starred alongside Lee Hyun-woo, Lee Hong-bin, and Jung Yoo-jin in the South Korean fantasy action romance drama ‘Moorim School,’ as one of Shim Soon-primary duk’s characters. It was originally planned to show for 20 episodes, but due to low ratings, it was reduced to 16 episodes. It was broadcast on NBC from January 11 to March 8, 2016.

She next played Oh Seo-hee in episode 15 of the romance comedy-drama series ‘Another Oh Hae-young,’ which became one of the highest-rated Korean dramas in cable television history. From May 2, 2016, through June 28, 2016, the series starring Eric Mun, Jeon Hye-bin, and Seo Hyun-jin aired on tvN for 18 episodes.

Her next major film appearance was in the 2016 film ‘Seondal: The Man Who Sells the River,’ also known as ‘Kim Seon-dal,’ in which she played Gyu-young, a supporting character. The movie, which was based on Bongyi Kim Sunda, made $14,229,264 at the box office.

Seo played Princess Sook-myung in the historical coming-of-age romance television series ‘Hwarang: The Poet Warrior Youth,’ which starred Park Seo-joon, Go A-ra, and Park Hyung-sik. From December 19, 2016, until February 21, 2017, KBS2 broadcasted 24 episodes (including four special episodes) of the series, which was a commercial and critical failure.

Seo’s next major part was as Im Sang-mi in the television series ‘Save Me,’ a thriller mystery. This weekend series that is based on Jo Geum San’s popular webcomic titled ‘Out of the World’ aired on OCN for 16 episodes starting from August 5, 2017 to September 24, 2017.

She also appeared in the 65th episode of the South Korean television entertainment show ‘Knowing Bros’, which was shown on JTBC.

Since beginning her profession in 2013, Seo Ye-Ji has earned substantial wealth. Her net worth is predicted to be above $800,000 as of early 2021. Her acting career provides her with a substantial income. In 2013, she also worked as a model for SK Telecom.