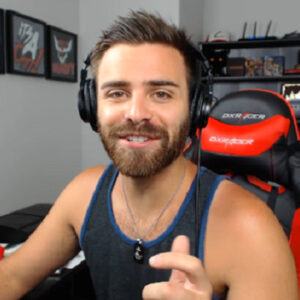 ShadyPenguinn, also known as Jonathan Vincent Indovino, is a well-known YouTube personality. He is well known for his Poketubes, or videos on Pokémon and other video games. Let’s Play videos are hosted on his channel, “ShadyPenguinn.” He is well-known for the “LumioseStation” serial “I Choose You.” He uses Twitter to request Wi-Fi fights, which he then captures and uploads to his YouTube channel. Around 100,000 people watch his Twitch.tv broadcasts as well. The “Shadylocke,” which he invented, forbids the usage of Pokémon Centers to save for the payment of a shady token obtained by defeating your adversary in a battle. He is renowned for his eccentric yet perceptive tweets in addition to his fascination with video games. Over 123K people follow him on Twitter, and he has over 435K followers on YouTube.

On March 26, 2013, Jonathan made his Poketuber debut on his “Shadypenguinn” YouTube channel. He launched his YouTube career with a “Pokémon Dark Rising Let’s Play.” He began weighing in on Pokémon Showdown matches.

He had initially only featured Pokémon, but over time he also added additional Steam games like “I am bread,” “The Stanley Parable,” and others. He began a “Hearthstone”-focused series.

He has posted more than 1400 videos to YouTube as a user. Pokemon has become a global phenomenon thanks to ShadyPenguinn, and his wi-fi bouts are among the most eagerly awaited YouTube videos.

Why Shadypenguinn Is So Unique?

Shadypenguinn enjoys playing video games. Since he was young, he has been a huge enthusiast of video games, with Pokémon being his top pick. He enjoys tweeting about both his games and other topics. He declared in a tweet that he would be someone who will make himself proud rather than try to be a respectable person. He makes an effort to upload videos on a regular basis so that his fans and followers can always find something new and interesting.

He constantly wears a smile while filming his films because he thinks they make others laugh. Since he gets to do what he loves for a job, he views himself as among the luckiest individuals alive. In his videos, he strives to lift people’s spirits and is always upbeat. What makes him unique is his sense of sharing joy through straightforward gaming videos.

On June 30, 1991, Jonathan Vincent Indovino was born in New York. He resides with Sarah Schrek, his wife. She has made several appearances in his videos. She is referred to in his films as the “Shady Lady.”

Jonathan is a devoted Pokémon lover. He enjoys gathering Pokémon instruction cards. He is the “New York Mankeys” coach. In some of his videos, he has also included his pal Drew.

Jonathan says he is fortunate to be able to do what he enjoys for a living and is always appreciative of his subscribers. Jonathan likes what he does for a living. He also enjoys playing the guitar, making music, and writing poetry.

delibird is his mascot. One of his favorite catchphrases is “It’s a crit!” and he frequently uses it in his videos. But above all, keep it shady!, he exclaims in his videos.

Shadypenguinn has an estimated net worth of about $300k.