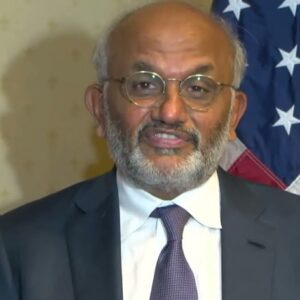 Shantanu Narayen is an Indian-American business executive who presently serves as Chief Executive Officer of the multinational software corporation Adobe Systems Incorporated (CEO). Additionally, he leads the board of the Adobe Foundation. Narayen, who was raised in a wealthy household in India, first wanted to work as a journalist. In response to his parent’s advice, he pursued a bachelor’s degree in electronics and communication engineering before relocating to the US and earning an MBA and a Master of Science. Narayen started his professional career at Apple, where he was a key player in the company’s revival. He was employed by Abode in 1998 as a senior vice president of global product research. He quickly advanced through the ranks during the next years, and in November 2007 he was assigned to his current position. Narayen’s leadership has helped Adobe undergo a significant transformation in recent years, and the company now has a global presence and a wide range of popular technology products. In addition, he is the holder of five patents and frequently serves as the keynote speaker at academic and business conferences throughout the globe. He was officially accepted as a member of Barack Obama’s Management Advisory Board in 2011 by the former American president.

On May 27, 1962, Shantanu Narayen was born into a wealthy family in Hyderabad, India. His father ran a plastics business, while his mother taught American literature. Alongside his older brother, he grew up. He originally intended to become a journalist, but his parents encouraged him to pursue engineering. Narayen claimed that his only actual alternatives at the time were engineering and medicine, and he was terrified of seeing blood.

During campus hiring, Shantanu Narayen chose to work for Measurex Automation Systems rather than a well-known multinational corporation. It gave the recent graduate some much-needed practical experience and was a well-funded and prosperous endeavor. He joined Apple in 1989, where he spent the following six years in a variety of executive roles.

He and his colleagues developed the concept for an image-sharing website in the middle of the 1990s, during the so-called “Internet Boom,” and in 1996, one of the first picture-sharing websites, Pictra Inc., was founded. They created an ecosystem that allowed customers to drop off their roll of film and get digital photos after realizing that everyone will eventually switch from analog to digital photography. However, it became clear to them after 12 to 14 months that the funding and business strategy were still in their early stages.

Narayen acknowledged that he never planned his professional advancement and that after landing his first position, he was never again hired or interviewed. He never made the typical transfer from engineering to product management after earning his MBA because he held the conviction that “If it seems right, it should work out.”

Gursharan Singh Sandhu of Apple Talk served as his mentor during his time at Apple, teaching him the value of pushing oneself and others. Following Apple, he temporarily worked at Silicon Graphics as the director of desktop and collaboration products.

He joined Adobe Systems in 1998 as a senior vice president of global product research and eventually rose to the position of chief vice president of global products. Bruce Chizen’s planned departure as CEO on the first day of December 2007 was revealed in November. Narayen took over for Chizen as Chief Executive Officer of Adobe Systems at the age of 45. He rose to the top position at one of the major firms in the industry in just ten years because of his outstanding work ethic and thorough knowledge of the technology industry.

Narayen, a key player in Adobe’s success, has made the company an essential tool for all websites and apps and has negotiated over 350 partnerships on their behalf. He was instrumental in both the $3.4 billion purchase of Macromedia (the company that created Flash) by Adobe in 2005 and the $1.8 billion acquisition of Omniture in 2009.

He is quite aware of how quickly the technology industry is evolving and understands how important innovation and avoiding stagnation are. His total compensation as of 2017 was $20.03 million.
In addition to his work at Adobe, he serves on the boards of directors for Stario Inc., Dell Inc., Pfizer, Inc., and his alma school, the Haas School of Business at the University of California at Berkeley. He also holds the position of president of the Adobe Foundation, the business’s charitable arm that contributes funds to numerous charitable causes all around the world.

In 2009, he was given the Business and Philanthropic Leadership Award by the American India Foundation (AIF).
He was listed by the advisory firm Brendan Wood International as one of “The Top Gun CEOs” for that year.

Shantanu Narayen wed Reni, whom he met while attending university, some time in the late 1980s. Together, Shravan and Arjun have two sons. The family’s current home is in Palo Alto, a city in the San Francisco Bay Area of California.

Narayen claimed that he would have been a professional golfer if he hadn’t been a company leader.