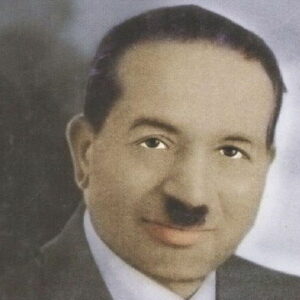 Shanti Swaroop Bhatnagar, known as the “Father of Research Laboratories,” was an Indian scientist. He served as the first director-general of the Council of Scientific and Industrial Research (CSIR) and as a chemistry professor for more than 19 years. If the chemical industry is a significant element of the Indian economy, most of the credit for that may be attributed to this pioneer’s honest efforts and commitment. Though emulsions, colloids, and industrial chemistry were among his research interests, his greatest contributions were in the field of magnetochemistry. He also composed a beautiful “kulgeet,” or university song, for Banaras Hindu University, which is still performed with pride before any university occasion. He also wrote an Urdu play for which he received a prize and a medal during his undergraduate years. In other ways, he served as a link between two civilizations and eras. He approached science with zeal, and he respected literature just as much as science and engineering. Twelve laboratories were constructed across the country under his direction for scientific research in a variety of fields, including food processing, metallurgy, and chemical research. He may be defined as a one-of-a-kind individual, a rare combination of science, engineering, and literature.

He was born on February 21, 1894, in Bhera, Shahpur District, British India, to a schoolmaster and his wife, Parmeshwari Sahai Bhatnagar.
When his father died, his mother returned to Sikandarabad, Uttar Pradesh, where he spent the most of his childhood.

His maternal grandpa was an engineer, and he grew to appreciate science and engineering over time. Through numerous literary books he encountered in his grandfather’s residence, he was also drawn to poetry.

He acquired his early schooling at Sikandarabad’s DAV High School. He then went to Dayal Singh College in Lahore, where he became a member of the Saraswati Stage Society.

He received first place in the Punjab University Intermediate Examination in 1913. He then enrolled at Forman Christian College, where he earned a bachelor’s degree in physics in 1916 and a master’s degree in chemistry in 1919.

He was offered a scholarship to study overseas by the Dayal Singh College Trust after obtaining his master’s degree, and he moved to England. Under the supervision of chemistry professor Frederick G. Donnan, he received his D.Sc. degree from London University in 1921.

After returning to India in 1921, he became a professor of chemistry at Banaras Hindu University (BHU). He spent the next three years at BHU, where he also wrote the BHU anthem “Kulgeet.”

Later, he was appointed Professor of Physical Chemistry and Director of University Chemical Laboratories at the University of the Punjab in Lahore. It was his most productive period as a scientist.

The BSIR and IRUC became advisory committees to the Council of Scientific and Industrial Research (CSIR) in 1942. His proposal to establish five national laboratories was approved by the CSIR in 1943.

He was appointed chairman of the CSIR and the council’s first director general after independence. During his time as the head of the CSIR, he founded many laboratories and mentored many brilliant brains.

He was named Secretary of the Ministry of Education and Government Educational Adviser. He was a key figure in the establishment and debates of the Scientific Manpower Committee Report of 1948.

He also played a key role in the founding of India’s National Research Development Corporation (NRDC) and the start of the Industrial Research Association movement.

His most significant contribution was to refine the method for drilling crude oil.

His contributions to magnetochemistry and the physical chemistry of emulsions were extensively acknowledged. He also contributed significantly to the field of applied chemistry.

For his outstanding contributions to pure and practical chemistry, he was named an Officer of the Order of the British Empire in the 1936 New Year Honors List.

The British government knighted him in 1941 for his services to science.

He was elected to the Royal Society of the United Kingdom in 1943.

In 1954, he was awarded the Padma Bhushan, the Republic of India’s third highest civilian honor.

Since 1958, the ‘Shanti Swarup Bhatnagar Prize for Science and Technology’ has been given to outstanding scientists who have made important achievements in many fields of science.

He married Lajwanti, who passed away in 1946.

The estimated net worth of Shanti Swaroop Bhatnagar is unknown.

He was the University Grants Commission’s first Chairman.