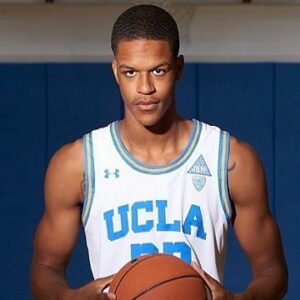 Shareef O’Neal is a basketball player from the United States who now plays for the UCLA Bruins. Shareef was naturally drawn to athletics as a child, as his father was a former NBA player. He began training for basketball in his early teens and quickly gained a berth on Windward High School’s team. His stellar defense, rebounding, and dunks garnered him a devoted following, and his videos went viral on social media. Shareef O’Neal attracted enough attention that numerous universities offered him a scholarship. He continued to play at a high level for his high school and finally decided to attend UCLA for college. However, Shareef was diagnosed with a rare cardiac issue before making his freshman year debut. After undergoing surgery, he was cleared to return to the game three months later. His announcement that he would return to basketball went viral on social media, and he became a social media sensation as a result. In June of this year, he returned to the Drew League. Shareef O’Neal is now training for his collegiate debut at UCLA while also preparing for a tougher schedule during the drafts.

Shareef O’Neal has always been interested in sports, and in his early years, he gravitated toward skateboarding. However, he became interested in basketball in middle school and began training consistently when he was 13 years old. During his freshman year at Windward High School in Los Angeles, he began playing forward for the school team. His evident talent, as well as his ability to dunk the ball, helped him acquire early acclaim. Videos of him playing began to circulate on the internet, and he quickly became a viral sensation. The Washington Post even wrote on him. Despite his celebrity, Shareef was benched for a number of games as senior players took his place. Despite this, Shareef finished the season with a 3.7-point average. Shareef was frequently sought after by several universities due to his remarkable track record early in his career. Baylor, UCLA, Kansas State, USC, and LSU all offered him scholarships. His appearances rose during his sophomore year at Windward, and his performance continued to shine. His defense and shooting abilities were acclaimed.
In 2016, Shareef transferred to Crossroads School in Santa Monica, where he was a key member of the squad. He continued to put in a strong showing here as well. He had risen to the top of the California rankings in his senior year. At the same time, he had agreed to play basketball at the University of Arizona. However, because Arizona’s sports club was involved in a bribery controversy, Shareef chose a safer route. He merely had a verbal arrangement with Arizona and was easily able to get out of it. As a result, he transferred to UCLA, which was his second choice. Shareef was diagnosed with a serious cardiac ailment just as he was about to make his competitive basketball debut for UCLA in 2018. Soon after, it was revealed that he would require open-heart surgery and a medical redshirt for his freshman year. Despite the initial shock of hearing the news, Shareef O’Neal and his family banded together and determined to persevere. In December of 2018, he finally had the procedure. Shareef gradually focused on his emotional well-being during his recovery and built strength to return to the field. He passed stress testing in March 2019, indicating that his cardiac activity was normal.
Shareef used social media to announce his recuperation and comeback to the game. Many celebs and fans alike congratulated him right away. After a long wait, he made his Drew League debut in June 2019 and successfully tackled the ball. He is presently preparing for his first year at UCLA as well as possible drafts. Aside from basketball, Shareef is a well-known social media personality who is frequently recognized for his photography. On Instagram, he currently has over 2 million followers.

Shareef Rashaun O’Neal was born in Los Angeles on January 11, 2000, to Shaquille and Shaunie O’Neal. His father is a former NBA Hall of Fame player, and his mother is a television producer who is best known for the show “Basketball Wives.” Amirah, Shaqir, and Me’ara are his three younger siblings. Shareef used to compete in skateboarding as a kid, but in his early adolescence, he switched to basketball training. He enjoys watching movies, playing video games, making mixtapes and short films, and editing films. ‘Unbroken,’ ‘Creed 2,’ and ‘The Revenant’ are among his favorite films. He views music to be an important aspect of his life and believes that music has aided him in his recovery from adversity. He frequently records songs at the studios of his buddies.

Shareef O’Neal’s estimated net worth is about $400 Million.