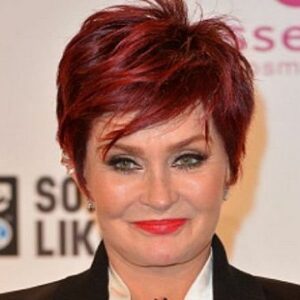 Sharon Osbourne is a media personality and businesswoman who married a celebrity. She rose to prominence after marrying Ozzy Osbourne, a well-known heavy metal musician and lyricist. ‘The Osbournes,’ a reality television show about their family’s life, broadcast on MTV, and she became a well-known public personality as a result. She used her newfound popularity to become a talent show judge, appearing on series such as ‘The X Factor’ and ‘America’s Got Talent.’ She was up surrounded by music and musicians as the daughter of a music promoter and manager. Her father’s drinking and violence, as well as her mother’s disinterest, made for a miserable childhood. Despite making a lot of money, her father was a bad money manager, and the family was frequently destitute. This taught Sharon a crucial lesson about money management. She began managing Ozzy, her father’s previous client, as well as dating and eventually marrying him. Her appearance on ‘The Osbournes’ increased her notoriety, and she went on to build a niche for herself as a person apart from her celebrity wife identity. ‘Extreme,’ her autobiography, was a No. 1 Sunday Times bestseller, selling over two million copies. This courageous woman has also overcome cancer.

On October 9, 1952, Sharon Osbourne was born to music promoter and manager Don Arden and his wife, Hope Shaw. Her father was a violent man, and she had a rough upbringing. Following a vehicle accident, her mother had become cold and uncaring.

Her father worked as a manager for some of the top musical groups of the time, including Little Richard, Queen, and the Small Faces. Even though he made a lot of money, he couldn’t handle his money well, and the family was frequently destitute.
Sharon drank excessively to escape her terrible life and was on the verge of becoming a violent person herself.

When her father used to handle Ozzy Osbourne’s band, Black Sabbath, she met him. After an incident of substance misuse, Ozzy was dismissed by her father in 1979. Sharon took him on as a client and took over his career management. Her father was enraged, and the two were alienated for years.
Sharon and Ozzy had a tumultuous relationship, characterised by alcohol-induced violence. Despite this, they formed a successful commercial partnership, and she assisted him in launching his solo career. She assisted Ozzy in forming a talented supporting band, which included Randy Rhoads, Bob Daisley, and Lee Kerslake, with whom he would release his solo album after he was forced out of his band. The Blizzard of Ozz, Ozzy’s solo album, was a tremendous hit when it was released in 1980.

Throughout the 1980s and 1990s, she was in charge of her husband’s successful profession. She co-founded Ozzfest with Ozzy, an annual festival tour of the United States and other countries that features performances by a variety of heavy metal and hard rock acts.

Sharon Osbourne Management is her own talent management organization. She manages the careers of her husband, children, and a number of other artists, including The Smashing Pumpkins, Coal Chamber, Queen, Gary Moore, and others.

MTV aired the show The Osbournes in 2002, which followed the life of singer Ozzy Osbourne and his family. Sharon earned superstar status as a result of her appearance on the show, which even featured her cancer battle. It was a hugely successful show, with the final episode airing in 2005.

Extreme, her autobiography co-written with Penelope Dening, was published in 2005. It was the best-selling book in the ‘Sunday Times’ and chronicled the story of her traumatic childhood. She received proposals to host her own show after becoming a celebrity. ‘The Sharon Osbourne Show’ was a syndicated show that aired in the United States for one season in 2003-04. The show premiered on ITV in the United Kingdom in 2006 and was cancelled in 2007.

Sharon Osbourne joined the CBS chat show The Talk as a co-host in October 2010. The station stated on March 26, 2021 that Osbourne had departed the show due to racial claims.

Sharon Osbourne began her career as the wife and manager of musician Ozzy Osbourne before launching her own talent management company, Sharon Osbourne Management, which has managed the careers of not just her husband and children, but also Queen, ELO, and Gary Moore.

Extreme, her autobiography, was nominated Biography of the Year at the 2006 British Book Awards.

At a ceremony in London, Sharon and Ozzy Osbourne were presented with a Silver Clef Award for their contributions to the music industry.

In 1982, she married singer Ozzy Osbourne. Their marriage was dogged from the start by alcoholism, drug addiction, and violence. Despite their turbulent marriage, the couple has stayed together throughout the years. They are the parents of three children.
She was once diagnosed with colon cancer but has since recovered. In 2004, she established Cedars Sinai Hospital’s Sharon Osbourne Colon Cancer Program.

Sharon Osbourne has a net worth of $220 million.