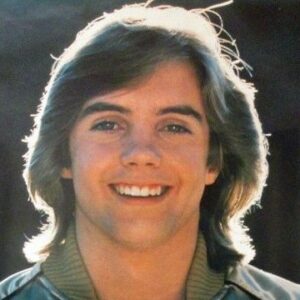 American television producer, screenwriter, former actor, and singer Shaun Cassidy. Being the son of well-known singers and performers, he entered the entertainment industry at a young age. With his several albums and songs, he had great success in the beginning of his singing career. He gained millions of followers all around the world and was made into a teen idol. He decided to pursue acting because of his success as a singer. He appeared in hit television programs like “The Hardy Boys/Nancy Drew Mysteries,” “Breaking Away,” and “General Hospital” during his acting career in the 1970s and 1980s. After the late 1980s, he began to concentrate on screenwriting and production instead than acting. For television movies and programs like “Midnight Run for Your Life,” “American Gothic,” “Roar,” “Cover Me: Based on the True Life of an FBI Family,” “Invasion,” and “Hysteria,” he has written the screenplays. He eventually started working as an executive producer as well.

From his high school years on, Shaun Cassidy had a strong affinity for music. He then got a deal with Warner Bros. Records’ division run by Mike Curb and began his recording career. His debut album, “Shaun Cassidy,” was first made available in Europe and Australia, where it quickly rose to prominence. Later, it was also made available in the US. The album went straight to number one on the US charts, and its a lead song, “Da Doo Ron Ron,” earned Cassidy a Grammy Award nomination for Best New Artist.

His subsequent album, “Born Late,” which was also penned by Eric Carmen, peaked at No. 6 on the US Top 200 Albums chart. Hey Deanie, a successful single from the album that peaked at No. 7 on the Billboard, was one of many other popular songs. After releasing two successful albums, Cassidy’s appeal diminished considerably since his third record, “Under Wraps,” fell short of fans’ expectations. Only the single “Our Night” from the album managed to enter the US Top 100, and it peaked at No. 33 on the US Top 40. Even worse, the follow-up record, “Room Service,” failed to crack the Top 200.

He was cast in a recurring role in the 1987 season of the American daytime television medical drama “General Hospital.” Additionally, he made an appearance in an episode of the American crime drama “Murder, She Wrote.” He appeared in two television movies in 1988—”Once Upon a Texas Train” and “Roots: The Gift”—as well as one “Matlock” episode. That year, he gave acting a break.

On September 27, 1958, Shaun Paul Cassidy was born in Los Angeles, California, to legendary performers Jack Cassidy and Shirley Jones. Patrick Cassidy, Ryan Cassidy, and David Cassidy, Cassidy’s half-brother, are all performers in the entertainment industry. Cassidy obtained his high school diploma from Beverly Hills.
Cassidy has had three previous marriages. His 1979 union with Ann Pennington resulted in a divorce in 1993. Caitlin Cassidy was born on November 25, 1981, and John Cassidy was born on February 27, 1985, as a result of their union.

Shaun Cassidy has a net worth of $20 million and is a successful American actor, playwright, producer, and former singer. Shaun Cassidy, a California native who was born in Los Angeles, signed his first recording deal when he was still a high school student, and his debut record was published in the US in 1977. Numerous successful songs came from the album, which also got him a Grammy nomination. He afterward put out two more albums. The second album was also a huge hit, but the third did not do as well, so he decided to concentrate on acting instead. He began performing in plays and musicals on Broadway and the West End, where he performed in such productions as “Blood Brothers,” “Mass Appeal,” “Bus Stop,” and “Diary of a Hunger Strike.” After penning the “American Gothic” television series’ pilot, he agreed to a multi-show contract with Universal Pictures. Since then, he has gone on to produce, write, and create television programs like “Roar,” “Cold Case,” “Cover Me,” “Invasion,” and “Blue Bloods.”