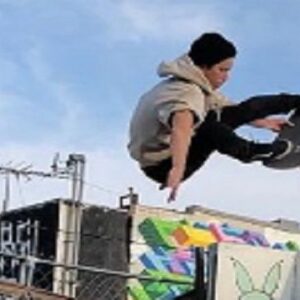 Shaun White is a professional snowboarder, skateboarder, actor, and musician from the United States. He has earned three ‘Olympic’ gold medals for the United States over the years. Shaun was born and raised in San Diego, California, where he developed a passion for snowboarding. Tony Hawk, a prominent skateboarder, soon discovered Shaun and became friends with him. Shaun developed into a highly skilled snowboarder and skateboarder thanks to Tony’s guidance. He had acquired a strong interest in snowboarding from boyhood, following in his older brother’s footsteps, and by the age of 13, he had won several awards and medals in the sport. Shaun competed in the ‘Winter X Games’ in 2003 and placed first, capturing the attention of the entire country. He competed in the 2006 ‘Winter Olympics,’ winning a gold medal in the halfpipe. In 2010, he won the ‘Olympic’ gold for the second time. He won his third gold medal of his career at the 2018 ‘Winter Olympics.’ He has dabbled in the worlds of film and entertainment. ‘Friends with Benefits’ and ‘Cloud 9’ are two films in which he has appeared. He is also a guitarist and a member of the band ‘Bad Things.’

Shaun Roger White was born on September 3, 1986, in San Diego, California, to Roger and Cathy White. He was the youngest of their three children. Shaun had two older siblings, a sister and a brother, who he grew up with.
Shaun had a serious heart condition as a baby and had two operations before becoming one year old. The procedure put the tiny boy’s chances of living a long and healthy life in jeopardy, but it never harmed Shaun later in life.
Both of Shaun’s parents were active in sports when they were younger. During the winters, Shaun and his siblings would go skiing in the surrounding mountains. Skateboarding was also a hobby for the youngsters, and they had a natural affinity for it. Shaun was the most aggressive skier of his siblings, which frightened his mother. She was concerned for his safety. As a result, she began encouraging him to switch from skiing to snowboarding.
Jesse, Shaun’s older brother, was an accomplished snowboarder, and Shaun followed in his footsteps. However, he quickly outperformed Jesse when it came to snowboarding. He had a natural talent for it, which his parents observed as well.
Despite their financial constraints, his parents were enthusiastic supporters of their children’s interests. When they first noticed Shaun’s snowboarding abilities, they drove him to several snowboarding events and entered him in contests when he was just 7 years old. He quickly entered the national ‘Under-12 Championship’ and finished 11th.
He began competing in snowboarding events at the age of 13 and was on a winning streak. He became a professional at the age of 14. Around this period, snowboarding was officially recognized as an Olympic sport. Shaun was excited to showcase his talent on a global stage now that the stage had been created for him.

Shaun competed in the ‘Winter X Games’ in 2002 and took home medals each time he competed. In the snowboard slopestyle event, he has won 13 gold medals, 3 silver medals, and 2 bronze medals by 2013. Until 2007, he had never lost a competition.
In 2006, he competed in the ‘Winter Olympics’ for the first time, in the halfpipe event. Shaun’s performance, on the other hand, was not particularly impressive. His poor performance nearly led him to withdraw from the competition, but he quickly recovered and went on to win the gold medal.
Shaun competed in the ‘US Open Snowboarding Championships’ in 2008 and won the halfpipe event. Later that year, his national celebrity prompted a video game firm to create a game based on him. ‘Shaun White Snowboarding,’ a video game, was launched in November 2008. Within a month, it had sold enough copies to rank as the year’s 20th best-selling game.
Shaun won another gold medal in the superpipe event at the 2009 ‘Winter X Games,’ after a highly contentious final in which the judges couldn’t decide between him and Kevin Pearce. Shaun won the gold medal in the halfpipe event because he was more technical in his tries. Shaun won gold in the slopestyle event, his first gold medal in the sport after winning bronze for the previous two years.
Shaun won the men’s halfpipe event at the ‘FIS World Cup’ in February 2009. In the same event, he set a new record. He scored 47.3 points during his first finals run, the greatest score ever at a ‘FIS’ halfpipe event.
Shaun won another gold medal in the halfpipe event at the 2010 ‘Winter Olympics.’ He scored 46.8 points in the first round of the finals and was proclaimed the obvious winner, eliminating the need for a second round. However, he insisted on a second run and went all out with a ‘Double McTwist 1260.’ Later, he dubbed it ‘The Tomahawk.’ As a result, he reclaimed the top spot, scoring 3.4 points more than the silver medalist.
Shaun competed in the ‘Winter X Games’ in 2012 and wowed everyone with a flawless performance. In the men’s snowboard superpipe competition, he received a “perfect 100.”
His performance deteriorated in December 2013, and he finished third in the ‘FIS Snowboard World Cup.’ He maintained his average performance the following year, finishing fourth in the halfpipe event at the 2014 ‘Winter Olympics.’ However, he was the most talked-about celebrity on ‘Facebook’ throughout the ‘Olympics,’ which was a silver lining to his dismal performance.
Shaun made a strong comeback during the 2018 ‘Winter Olympics,’ winning gold in the halfpipe event at the end of his tournament run.

Career in the Entertainment Industry

Since breaking into the national spotlight, Shaun White has received offers to appear in films and television shows. In the 2011 film ‘Friends with Benefits,’ he played himself. In addition, he starred in the Disney feature ‘Cloud 9.’
Shaun later claimed in an interview that he had turned down hundreds of film offers since the characters he was intended to play were virtually always the same.
Since he was a child, Shaun has been playing the guitar. He is currently a member of the electronic rock band ‘Bad Things.’
Shaun has also been on “The Tonight Show with Jay Leno” and “The Girls Next Door,” a reality show.

He was named the world’s ninth-best snowboarder by ‘Snowboarder Magazine’ in 2009. He’s also earned the ‘Revolver Golden Gods Award’ for ‘Most Metal Athlete.’ He’s been named ‘Rider of the Year’ twice by ‘Transworld Snowboarding.’
Shaun White holds the distinction of being the only snowboarder to have won both the Summer and Winter Dew Cups.

Because of his red hair, Shaun White has acquired the moniker “The Flying Tomato.”
He was arrested in September 2012 following a party in Nashville where he was accused of mischief and public intoxication. He began dating Sarah Barthel of the band ‘Phantogram’ in 2013. Lena Zawaideh, the drummer of Shaun’s own band, ‘Bad Things,’ accused him of sexual harassment in 2016. They did, however, negotiate an out-of-court deal later.

Shaun White has a net worth of $60 million.