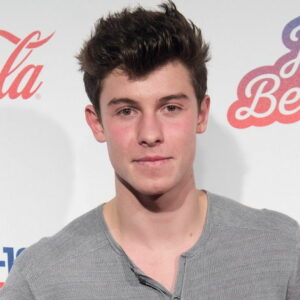 In the United States, the teen population controls the music market, and as one might imagine, their tastes are for musicians who are closer to their age. As a result, youthful talent has been on the upswing, and the US market has responded positively. Shawn Mendes is an example of a young blood who has done exceptionally well by appealing to a broad audience at such a young age. He’s made a name for himself as a singer and songwriter, as well as collaborating with a slew of other rising stars. His albums have sold tens of thousands of copies and have always performed well on the Billboard charts, garnering widespread acclaim. Shawn Mendes has also performed well in comparison to other persons his age, which is a testament to how quickly he has risen through the ranks of success. Shawn Mendes has also been embroiled in a number of controversies, which has only added to his fame among the general public. Shawn has thus made a big splash on the scene, and his future seems promising in the coming years.

His first claim to fame was the development of short snippets of well-known songs, which quickly became a smash, garnering millions of views on the internet. Mendes never looked back following his initial breakthrough, and in 2014, he released his first song, ‘Life of the Party,’ with the support of his record producer. With this track, he became the youngest artist to enter the Billboard Hot 100’s Top 25. During this period, Mendes collaborated with Austin Mahone, another up-and-coming young singer. They went on a statewide tour together, which was a huge success. Thousands of copies of his debut EP were sold as a result of his early triumphs, and he earned his first Teen Choice Award in 2014. Mendes’ celebrity expanded even more in early 2015 when he launched his new album, “Handwritten,” which stormed to the top of the Billboard 200 chart in its first week, selling over 100,000 copies. This highlighted Shawn Mendes’ meteoric rise to fame in just a few months after breaking onto the scene in 2014. He had already established himself as a household celebrity, and his fame grew even more with the release of his single, ‘Stitches,’ which peaked at #4 on the Billboard Hot 100 and was Mendes’ first entry into the Top 10 of the Billboard Hot 100. This record grew in popularity and reached number one in the UK charts, as well as providing him with the opportunity to advance his career by performing as an opening act for other more well-known artists. With the passage of time, his fame grew in popularity. In 2014 and 2015, he was named one of Time’s 25 Most Influential Teens. This underlined his rise to fame even more. Mendes teamed up with Camila Cabello to release a song called ‘I Know What You Did Last Summer’ at the end of 2015. There were a lot of speculations about the two dating, and it was all over the headlines. Soon after, Mendes began his European tour, which helped him earn even more popularity and stardom. Throughout the first half of 2016, Mendes worked on and released his next single, “Treat You Better,” which was included in his studio album “Illuminate.”

Shawn Mendes is a craze among young people all around the world, not only in Canada. He is young, good-looking, and extremely skilled. The youthful singer is noted for his confidence and composure on stage, as well as being dashing and well-built with a charming personality. To supplement his music career, he has taken on modeling contracts and signed up with modeling agencies, using his chocolate-boy looks.

Shawn Mendes, a rising young star, has been involved in a number of controversies. Shawn Mendes encouraged fans to buy his album ‘Handwritten’ in stores rather than online to promote the sales of the album and get a chance to meet him. Many groups viewed his actions as “unethical” and “exploitative” in order to boost album sales. With the release of his video ‘Treat You Better,’ which focuses on relationships harmed by abuse, he courted controversy once more. Within a few days, the film had over six million views and was extremely popular. Mendes invited viewers to look past the film’s darker elements, yet the song nevertheless sparked debate. The video was also chastised for focusing too much on domestic violence, which Mendes defended by claiming that the song’s focus was on relationships rather than violence inside them.

Shawn Mendes was born in Toronto, Ontario, Canada, to a real estate agent mother and a businessman father. His mother is English and his father is Portuguese, thus he has a mixed ancestry. He graduated from Pine Ridge Secondary School and began his musical career shortly after. Shawn has constantly denied that he and his partner Camila Cabello are dating, despite reports to the contrary.

Shawn Mendes has a net worth of $40 million.