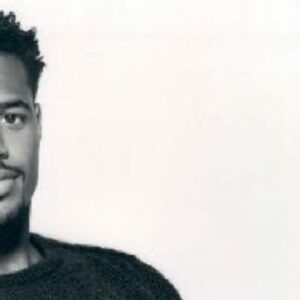 Shawn Mathis Wayans is an American actor, producer, and writer best known for his roles in the sketch comedy TV show ‘In Living Color’ and the horror film franchise ‘Scary Movie.’ Wayans is the second youngest of ten siblings and was born in New York City to a family of well-known performers, screenwriters, and directors. Wayans, along with others of his siblings, joined the show ‘The Living Color,’ which was directed by his brother Keneen Ivory Wayans, shortly after graduation. He co-created and starred in the show ‘The Wayans Bros.’ a few years later. The musical, which starred John Witherspoon and Anna-Maria Horsford, was just a mediocre success. Wayans has collaborated on and produced several hit films with his family in recent years. The fact that the family gets along so well despite working together for so long is even more impressive. Wayans attributes their unity to prioritizing their family over career.

Shawn Mathis Wayans was born in New York, United States, on January 19, 1971. Howell Stouten Wayans, his father, worked as a grocery manager. Elvira Alethia, his mother, was both a homemaker and a social worker.

Shawn grew up in the Fulton Houses, a Manhattan neighborhood near Chelsea, as the ninth of 10 siblings. Keenen Ivory, Damon Sr., Marlon Wayans, Kim Wayans, Elvira Wayans, and Nadia Wayans are his siblings. In 1989, he received his diploma from Bayard Rustin High School for Humanities.

The Career of Shawn

Shawn Wayans, along with three of his siblings, joined the cast of the iconic American sketch comedy show ‘In Living Color’ after graduating from high school.

Shawn’s brother, Keenen Ivory Wayans, directed the show, which showed him as a skilled comic capable of working in Hollywood. He remained on the show until 1993.

Shawn debuted his own comic TV series, ‘The Wayans Bros,’ with his brother Marlon Wayans in 1995. He received a lot of praise and popularity for the show, which was primarily autobiographical.

The show ran on the WB TV network for four years. Wayans and his brother Marlon were among the principal cast members, which also included John Witherspoon, Anna Maria Horsford, and Lela Rochon.

Shawn Wayans made his acting debut in the comedy film “Don’t Be a Menace” in 1996. The film was written by Wayans and his brother Marlon and directed by Paris Barclay.

The picture, which was released on January 12, was a box office hit, grossing more than $8 million in its first weekend. However, the majority of the feedback was unfavorable.

He co-wrote and featured in the horror-comedy film ‘Scary Movie’ in 2000. His brother, Keenen Ivory Wayans, directed the picture, which was inspired by films like “I Know What You Did Last Summer” and “Scream.”

Despite mixed reviews, the picture was a big commercial success, collecting $278 million worldwide. The film was followed by four sequels as a result of its enormous success.

The next year, in 2001, the first sequel, ‘Scary Movie 2,’ was produced. Shawn retained his role as a co-writer and reprised his prior playing role in the film, which was directed by Ivory Keenen Wayans.

The movie was a financial success. It did not, however, perform as well as its predecessor. The majority of the reviews were unfavorable.

He made his acting debut in the comedy film ‘White Chicks,’ directed by his brother Kneen Ivory Wayans, in 2004. Wayans not only contributed as a co-writer to the picture, but he also starred in it as an FBI agent on the hunt for drug dealers.

The picture was a commercial success, but critical reception was divided.
He appeared in the movie ‘Little Man,’ a 2006 comedy directed by his brother Keenen Ivory Williams, and ‘Dance Flick,’ a 2009 musical comedy directed by another of his brothers, Damien Dante Wayans, during the next several years.

His most recent appearance is in the animated comedy television series ‘Animals,’ where he voices the character, Tommy.

Shawn Wayans’ career is highlighted by the American television sitcom “The Wayans Bros.” Shawn and his brother Marlon produced the show, which ran on the WB Television Network from 11 January 1995 through 20 May 1999.

The cast also includes John Witherspoon, Anna Maria Horsford, Lela Rochon, Paula Jai Parker, and Jill Tasker, in addition to the two Wayans brothers. The series lasted five seasons, with thirteen episodes in the first and twenty-two in the second.

The plot centers around a number of characters and how their meetings with ‘Ghostface’ have a negative impact on their lives.

With worldwide revenue of $278 million, the picture was a major commercial success. Critics have largely given it mixed reviews.

Wayans starred in the 2004 American comedy ‘White Chicks,’ which he co-produced, co-wrote, and co-produced. The film was directed by his brother, Keenan Ivory Wayans, and was released on June 23, 2004.

The picture was a financial success, grossing $113 million on a $37 million budget. It was met with mixed reviews.

Shawn Wayans has received numerous nominations and awards over his career. In 2004, he received the ‘BET comedy award’ for Outstanding Writing for a Box Office Film for the film ‘White Chicks.’

Ursula Wayans is Shawn Wayans’ wife. The couple is the parents of three children.

The most astonishing aspect of the Wayans family, which includes several prominent actors, directors, and screenwriters, is that despite their success, they all get along swimmingly and have collaborated for a long time.

Shawn Wayans has a net worth of $30 million as an actor, producer, writer, and comedian in the United States.