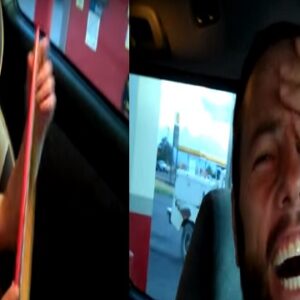 Shay Carl Butler’s name will undoubtedly be among the top vloggers on YouTube if a list of the most successful vloggers is compiled. With his YouTube channels ‘Shaycarl’, which has roughly 1.7 million subscribers, and ‘Shaytards,’ which has approximately 5 million subscribers, this enthusiastic and flamboyant gentleman has won many hearts. The movies cover a wide range of topics, including parenting, weight loss, life adventures, and other adult-related difficulties. Shay is admired by many because of his talent and business acumen. Shay enjoys skiing so much that throughout the summer he spends his time cleaning trees, brush, and rocks from the mountain in order to obtain a season pass. When he was younger, he also enjoyed playing basketball, football, and baseball. Butler is the cofounder of ‘Maker Studios,’ an online media company that he eventually sold to Disney for $500 million. The vlogger’s net worth was $50 million in 2015. At the moment, the YouTube sensation is working on a documentary called ‘Vlogumentary.’

Shay was born with a sense of humour, and a friend’s suggestion that he try his hand at comedy led him to the world of YouTube videos. Shay purchased a Dell laptop, which launched his career as a video blogger and YouTube sketch comedian. Shay began making and uploading his own YouTube videos in 2007, with the first being ‘Fun with Helium and Passing Out.’

Shay earned YouTube partner status within six months, and when he reached a monthly salary of $2,000, he quit his real estate and granite-laying jobs to focus solely on his internet channel.

The YouTuber resolved to produce a new video every day in order to devote himself fully to his hobby. With the help of his wife Collette (pseudonym Katilette), he was able to complete his mission. They earned Mashable’s ‘Best YouTube Channel’ award in 2009, and by 2016, their channel has grown to be one of the most popular on the platform, producing millions of dollars every year.

What is it about Shay Carl that makes him so unique?

Shay is the epitome of a family man. His family had faced financial difficulties in the past; they had to buy used items and rely on food stamps at one point, but they stayed content and worked for a better life.

Shay has a few million subscribers who have mostly offered positive feedback to his work because of his family-centric and welcoming perspective. Shay and his family are adored by the public because of their closeness.

The vlogger weighed 136 kg at one point. Shay began losing weight at a young age because he was afraid of having a heart attack. Within a year, he had lost nearly 50 kg. He completed four marathons and documented his weight loss journey on YouTube’s ‘ShayLoss’ channel.

Shay resolved not to shave his beard or have a haircut until he reached his goal weight of 90 kg throughout his weight loss quest. Some viewers have expressed their displeasure with Shay’s use of his family for commercial and financial benefit, claiming that the ethics and legality of his acts should be investigated.

Carl and Laurie Butler, the vlogger’s parents, raised him in Logan, Utah. He has two brothers and one sister and is the oldest of four children. The family relocated to Phoenix, Arizona, so Shay’s father could pursue his dream of becoming an electrical engineer. Shay attended Idaho State University but dropped out to pursue a career.

Shay’s friends have always been a source of support. He met his lady love through a buddy when he was 21 years old. It was an invitation from a friend to see a small theatre group perform the musical ‘Anything Goes.’ Collette Crofts, Shay’s future wife, was portraying a sophisticated nightclub singer in the play.

When Colette accepted Shay’s offer of wake boarding, the two had another chance to meet. However, when Shay proposed to her a year later, she declined.

Colette declined the proposal since she couldn’t make up her mind until her ex-boyfriend returned from a trip overseas. She eventually accepted Shay’s proposal, and the two married two months later, on January 3, 2003. The couple is the parents of five children.

By vlogging and performing, Shay has amassed a sizable fortune. His various sources of income are difficult to pinpoint. However, his net worth is reported to be $30 million.