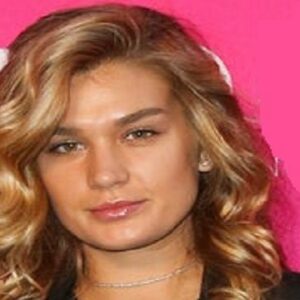 Popular model Shayna Taylor first gained notoriety as Ryan Seacrest’s girlfriend on television. After being separated from him for approximately a year, they reconnected in 2017 and have been together since since. Taylor began modeling in 2012 after signing with the Wilhelmina Models agency. She appeared on many magazines’ and publications’ covers. Taylor turned to her love and enthusiasm for remaining healthy and active in addition to her modeling profession. This enthusiasm inspired Taylor to start the Instagram account My Bikini Kitchen. She has provided viewers and followers with numerous dishes that are loaded with nutritious value through the social media networking site. Taylor is careful about what she eats and enjoys making her own food. She places a high priority on remaining in shape, as evidenced by her gorgeous body!

Shayna Taylor may be most known to the public as Ryan Seacrest’s on-screen partner and current girlfriend, but there is more to Miss Taylor than just her romantic status. As professional models, Taylor and Bryden Jenkins agreed to a two-year contract with Wilhelmina Models in 2012.

She was discussed in an “Access Hollywood” program in 2013. She has been on many magazine and feature covers. Taylor is quite active on social media, and her eponymous Instagram account shows off everything about her: her renowned modeling career, which has allowed her to travel the world, and her to-die-for angelic looks, which wonderfully complement her stunning figure. While Taylor maintains a personal Instagram account where she shares fashion and lifestyle images, she also runs a second account called “My Bikini Kitchen” that showcases Taylor’s culinary skills. Few people are aware that Taylor is also a skilled cook. Yes, Taylor did attend The Art Institute of California and later worked as a chef at the Ritz Carlton in Southern California, as unexpected as that may seem.

She is an excellent cook and enjoys preparing her own meals. She even made multiple appearances in the cookery part of her boyfriend Ryan Seacrest’s television show, “Live with Kelly and Ryan.” She frequently posts healthy recipes for brunch, mid-day snacks, and easy-to-make mid-day meals on her Instagram account.

Taylor is a fitness nut who routinely visits the gym and is very conscious about her appearance. She is a fitness enthusiast and physical trainer. In addition to exercising, she carefully arranges her diet, filling it with wholesome foods that are mostly posted on her social media network. As her next project, Taylor is working on a cuisine blog that is short to be released online. Taylor certainly seems to be the next big thing when you consider her career advancement as a model, chef, and blogger. In a short while, Taylor will have her own fan base and will no longer be Seacrest’s girlfriend.

Shayna Taylor was born in New Mexico, in the United States, on March 24, 1992. Little is known about her family, parents, siblings, or even her educational background. When Shayna began dating radio and television superstar Ryan Seacrest in 2013, she gained widespread public recognition. Before breaking up, the two had been in a committed relationship for 18 months. Their admirers, who had hoped that Seacrest and Taylor would advance their relationship, were devastated by their breakup. However, the couple who rekindled their romance was thrust back into the spotlight in April 2017.

Taylor and Seacrest have begun dating once more. In New York City, where Seacrest shoots episodes of his ABC Talk Show, they have hired out an apartment together. The adorable couple is currently living together and getting along great! Panda is Taylor’s adorable black and white puppy. Taylor frequently includes pandas in her Instagram feeds.

She also succeeds through her Instagram post in addition to that. She also makes money on the internet where she sells a variety of goods.