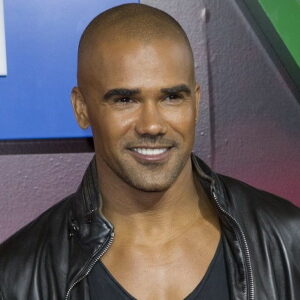 Shemar Moore is an actor and former model from the United States. Moore is undeniably one of the sexiest guys to ever grace American television, with his smoking stunning looks. Shemar is more than just another good-looking guy; he’s an award-winning actor best known for his role as ‘Malcolm Winters’ in the television series ‘The Young and the Restless.’ Moore was born into an interracial marriage and raised by parents who instilled in him the values of hard work, tenacity, and honesty. He considers himself fortunate to have gotten the best of both sides, including his good looks, as he was born to a white mother and a black father. He became a catalog model and was involved in his college’s stage performances since he was confident in his appearance and abilities. He then decided to pursue a career in professional modeling and acting. Shemar Moore struggled to find parts at first, despite his good looks and abilities. In fact, when he auditioned for a role on ‘The Young and the Restless,’ he was virtually broke. He was fortunate enough to secure a role in the show, which helped establish his career. Following a successful career in television, the actor moved on to the film industry, where he rose to prominence as a voice actor.

Shemar Franklin Moore was born on April 20, 1970, in Oakland, California, to Sherrod Moore and Marilyn Wilson. His mother is of Irish and French-Canadian ancestry, while his father is African-American. Interracial marriages were not popular at the time his parents married. His mother is a strong-willed, highly educated woman who taught in her son deep values such as honesty, hard work, and respect for others. After his parents divorced, he traveled throughout the world with his mother as a young child. He argues that as a biracial person, he has benefited from the best of both races. He was exposed to a variety of cultures from all around the world, which influenced his temperament and demeanor. He went to Palo Alto’s ‘Gunn High School’ and afterwards to ‘Santa Clara University,’ where he majored in communications and minored in theater arts.’ He was a talented athlete who went on to play baseball in college. He dreamed of playing professional baseball as a pitcher and outfielder. An injury, however, put an end to this fantasy.

He began modeling to supplement his income while in college. His modeling experience, combined with his collegiate theatrical expertise, inspired him to pursue a career in professional modeling and acting. As a result, he relocated to New York City to pursue his ambition. He first struggled to make ends meet in New York due to a lack of modeling and acting opportunities. He worked evenings as a server at a coffee shop while looking for modeling opportunities during the day. He once had the opportunity to appear in a GQ magazine advertising for shaving cream. Surprisingly, the ad’s first choice model was unavailable, and Shemar was picked solely on the basis of his resemblance to the original model. His involvement in the commercial provided him with much-needed publicity. He was soon invited to try out for roles in television shows. To understand the intricacies of acting, he employed Steven Anderson as an acting teacher.

When he auditioned for the role of ‘Malcolm Winters’ on the television series ‘The Young and the Restless’ in 1994, he was virtually broke. There were 368 other actors auditioning for the same part, so the competition was fierce. In May 1994, he was cast in the first episode of the show. ‘Malcolm Winters,’ his persona, became synonymous with Shemar and served as his springboard into the world of television. He was a part of the show for eight years before quitting in 2002. His portrayal of ‘Winters’ was well-received, and he received several accolades for it. In 2004, he returned to the show in a recurring role. In the television drama series ‘Birds of Prey,’ he played an honest police detective in 2002. The show had a strong start, but its popularity waned over time. After 13 episodes, the show was discontinued. In 2005, he was cast in the police procedural television show ‘Criminal Minds’ as ‘Derek Morgan,’ a supervisory special agent.’ He appears in 252 episodes of the show between 2005 and 2017. Following his breakthrough on television, he went on to star in films such as “Butter” (1998), “The Seat Filler” (2004), and “Diary of a Mad Black Woman” (2005).

In the United States, his depiction of ‘Malcolm Winters’ in the series ‘The Young and the Restless’ made him a household name. This portrayal cemented his reputation as an actor, earning him critical acclaim and honors. He is well known for his role as ‘Derek Morgan’ in the television series ‘Criminal Minds.’ He received critical acclaim and a ‘Image Award’ for ‘Outstanding Actor in a Drama Series’ for his work on the show.

Shemar Moore is yet to tie the knot. He dated Shawna Gordon, a soccer player, from 2014 to 2015. He dated actress Anabelle Acosta in 2018. He has a tight relationship with his mother, who has multiple sclerosis (MS). He participates in charity events to help fund MS research.

The total estimated net worth of Shemar Moore is about $22 million.

Shemar was generated from the first three letters of his father’s and mother’s names: Sherrod (father) and Marilyn (mother) (mother).