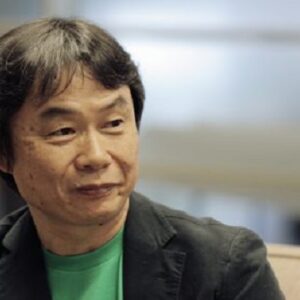 Shigeru Miyamoto is a well-known video game designer and producer from Japan. He is sometimes referred to as the “Father of Modern Video Gaming” because he was a pioneer in the video game industry. His illustrious four-decade career began in 1977, when he began working for Nintendo as an illustrator. His unique style of developing a storyline with characters first, thus introducing a creative aspect, rather than just designing a game focusing on the programming and technical aspects, as other video game designers do, led him to create some of the most popular and best-selling video games and franchises of all time. His big break came when he invented ‘Donkey Kong,’ a video game that not only catapulted him to stardom by introducing his distinctive character ‘Mario,’ but also ushered in a new era in the video game business. The game became one of the best-sellers in the early 1980s, during the age of Asteroids and Pac-Man. It opened the way for a slew of other well-known video games and franchises to follow, including ‘Mario,’ ‘Star Fox,’ F-Zero,’The Legend of Zelda,’ and ‘Pikmin.’ With time, his duties and position in the company grew, and he was promoted multiple times over the years. He is currently a co-Representative Director of ‘Nintendo.’

Shigeru Miyamoto, the second child of Iijake Miyamoto and Hinako Aruha, was born on November 16, 1952, in the rural village of Sonobe, Japan, northwest of Kyoto.

Miyamoto had a talent for doodling as a child, and his education often took a back seat to this pastime.
He also stayed close to nature, exploring natural surroundings in Kyoto’s countryside. Many of his successful video games, like ‘The Legend of Zelda,’ were inspired by such journeys, which included uncovering caves and water bodies.

He enrolled in the ‘Kanazawa Municipal College of Industrial Arts’ in 1970 and finished with a degree in industrial design five years later.
Miyamoto considered a career as a graphic artist before pursuing a career in video games due of his passion for the subject.

Miyamoto had an interview with Hiroshi Yamauchi, president of ‘Nintendo,’ a Japanese firm that sells playing cards, toys, games, and other oddities, after receiving his degree in industrial design. Yamauchi hired Miyamoto as an apprentice in the company’s planning department in 1977 after being impressed by his toys.

He eventually rose to become Nintendo’s first artist, and in 1979 he assisted in the development of the art for ‘Sheriff,’ an arcade video game produced by Nintendo R&D1.

The first game he worked on was ‘Radar Scope,’ a cabinet arcade game released in December 1979 in Japan and November 1980 globally. Despite a minor success in Japan, the game’s total commercial failure placed ‘Nintendo’ on the verge of financial disaster.

In such circumstances, Yamauchi assigned him the task of converting vast quantities of unsold ‘Radar Scope’ devices into a totally new arcade game. This marked the beginning of the development of ‘Donkey Kong,’ an early platform game released by ‘Nintendo’ on April 22, 1981.

Miyamoto focused on developing a story line first before focusing on technical and programming components of ‘Donkey Kong,’ marking the first time this has happened in the production of a video game.

Moving on, he created ‘Mario Bros.,’ a platform game based on the character of Jumpman from ‘Donkey Kong,’ whom he remodeled as Mario and gave superhuman abilities to. In the game, he included the character of Luigi, Mario’s younger brother.

‘Mario Bros.’ is a mini-game included in the ‘Super Mario Advance’ series, which debuted in 1983. The game was a small success, and it was re-released on many platforms over time.

Then he made ‘Super Mario Bros.,’ a sequel to ‘Mario Bros.,’ which is still considered one of his best works. It was first released in Japan and North America in 1985, followed by Australia and Europe a few years later.

‘The Legend of Zelda,’ which is frequently included in lists of the best and most influential games, spawned the enlarged ‘Legend of Zelda’ series, which has received critical and popular acclaim throughout the years.

Miyamoto became the head of ‘Nintendo Entertainment Analysis & Development’ as his duties at the company grew.
He worked on the rail shooter video game ‘Star Fox’ (1993), which was Nintendo’s second three-dimensional video game. Its success prompted the creation of the ‘Star Fox’ series, which now includes sequels, spin-offs, and multiple media adaptations.

‘Metroid Prime,’ ‘Pikmin,’ and ‘F-Zero’ are some of Miyamoto’s other renowned video games and franchises.
In 1997, he was the first video game developer to be inducted into the ‘Academy of Interactive Arts and Sciences’ ‘Hall of Fame.’

He was a key figure in the development of Nintendo’s Wii home video game console, which was released on November 19, 2006. Renaud Donnedieu de Vabres, the French Minister of Culture at the time, made him a Chevalier (Knight) of the French Ordre des Arts et des Lettres.

After Satoru Iwata, Nintendo’s president, died in July 2015, he was inducted as an acting Representative Director with Genyo Takeda. He was in charge until September 2015. During that period, he was also formally appointed as the company’s “Creative Fellow.”

‘Super Mario Bros.’ was released in 1983 for the Nintendo Entertainment System, an 8-bit home video game platform manufactured by Nintendo. Not only did the game get critical praise, but it also managed to hold the title of all-time best-selling single platform game for nearly three decades.

In a 2005 IGN poll, ‘Super Mario Bros.’ was voted the “best game of all time.” It also aided in the revival of America’s dormant video game market in the 1980s.

Miyamoto is married to Yasuko and the couple has two children.
In his spare time, he enjoys playing the banjo, guitar, and mandolin. Nintendogs was inspired by his Shetland Sheepdog Pikku, who is a semi-professional dog breeder.

Shigeru Miyamoto has a net worth of $40 million USD. Shigeru Miyamoto is a Japanese producer and video game designer. Shigeru Miyamoto was born in 1952 in Sonobe, Kyoto, Japan, and graduated from Kanazawa Municipal College of Industrial Arts with a degree in industrial design. In the late 1970s, he went to work at Nintendo.