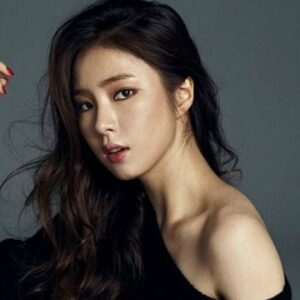 Shin Se-kyung is a South Korean actress, model, and singer who has made a successful transition from being a child star to an adult superstar. She debuted in the South Korean entertainment arena at only eight years of age when she was included on the album cover and poster of K-pop artist Seo Taiji’s ‘Take Five’. She followed this with an appearance in the children’s TV show ‘Kiss Kiss Kiss’ and played the character of Choi Seo-hee in the SBS historical drama ‘The Land’. She received her first cinematic role in 2004 in the romantic comedy ‘My Little Bride’. After the initial struggle that lasted a few years, she finally achieved her breakthrough in 2009 in the situation comedy ‘High Kick Through the Roof’. She then worked with filmmaker Lee Hyun-seung in his crime drama ‘Hindsight’, his debut film after a decade-long absence. Shin has also been part of projects such as ‘Deep Rooted Tree’, ‘R2B: Return to Base’, ‘When a Man Falls in Love’, ‘Tazza: The Hidden Card’, The Girl Who Sees Smells’, ‘Six Flying Dragons’ and ‘The Bride of Habaek’. She is a popular singer in addition to being an actress. Having published her first track ‘The Snow Melts’ in 2010, she has since collaborated with the likes of MY Q, Sweden Laundry, and Epitone Project.

Shin was born in Yangcheon, a neighborhood of Seoul, South Korea, on July 29, 1990. She attended Shinmok High School before attending Chung-Ang University to pursue a degree in Performing Arts.

Shin Se-kyung was an elementary school student when she was featured on the poster and cover of Seo Taiji’s fifth album, ‘Take Five,’ which was published in 1999. She obtained her first small screen job in SBS’s ‘The Land’ using that as a springboard (2004). In the same year, she made her film debut in ‘My Little Bride,’ portraying Hye-won, the protagonist Bo-companion. eun’s (Moon Geun-young).

After that, she got her first leading part in the horror film ‘Cinderella’ (2006). Shin offered a stunning and devastating performance opposite veteran actress Do Ji-won in a film that was, for all intents and purposes, a severe critique of Asian perceptions of beauty and the use of plastic surgery to obtain it.

She did two back-to-back omnibus films in 2009 and 2010, ‘Five Senses of Eros’ and ‘Acoustic.’ She appeared in the former alongside Kim Dong-wook, Lee Si-young, and Jung Eui-chul in the ‘Believe in the Moment’ part; in the latter, she was cast as a singer-songwriter with a rare and quirky ailment that requires her to survive on instant cup ramen noodles in the ‘Broccoli’ segment.

In the MBC historical drama ‘Queen Seondeok,’ Shin Se-kyung played the teenage Princess Cheonmyeong (2009). Shin played So-yi, a fictional woman who plays an important role in the creation of Hangul, the Korean alphabet, in SBS’ ‘Tree with Deep Roots’ (2011), another historical drama. The series was a critical and financial success, based on author Lee Jung-novel myung’s of the same name.

‘R2B: Return to Base,’ a 2012 aviation action drama, was her next endeavor. It was Kim Dong-debut won’s film with Korean cultural star Rain, and it was directed by her. With the failure of the 2012 romance drama ‘Fashion King,’ her soaring television career took a hit. She was also chastised for portraying a meek role in the MBC crime drama “When a Man Falls in Love” (2013).

‘Tazza: The Hidden Card,’ a 2014 gambling drama, was her most recent role as a female lead in a feature film. The picture, directed by Kang Hyeong-cheol, grossed more than $30 million in the United States. With the romantic dream ‘Blade Man,’ she found her equilibrium (2014). The 18-episode series followed a man (Lee Dong-wook) who gains a magical power and falls in love with and understands a lady (Shin).

She reprised her role as the titular heroine in the 2015 television series ‘The Girl Who Sees Smells.’ She appeared in the award-winning historical drama ‘Six Flying Dragons’ (2015-16) and tvN’s ‘The Bride of Habaek’ in recent years (2017).

Shin Se-kyung had singing classes when she was in middle school. It paid off when she recorded ‘The Snow Melts’ for the charity CD ‘Love Tree Project Vol. 1’ in 2010. For the soundtrack of the film ‘Hindsight,’ she sang ‘Blue in a Summer Day.’ She recorded a digital track called “You Were Sweet” in 2012 to promote a coffee company she supports. Later that year, she recorded ‘Sweet Christmas,’ a duet with Epitone Project.

‘High Kick Through the Roof,’ a famous sitcom, can be regarded a watershed moment in Shin Se-career. kyung’s Munhwa Broadcasting Corporation (MBC) produced the series, which was a follow-up to the international hit ‘High Kick’ from 2006. It was about two sisters (Shin and Seo Shin-ae) who moved to Seoul from their rural country home to work as maids for the wealthy Lee family. Lee Soon-jae, Kim Ja-ok, Lee Hyun-kyung, and Choi Daniel also appeared in the show.

In the 2011 criminal thriller ‘Hindsight,’ she co-starred with Song Kang-ho, one of Korea’s most well-known actors. The film presented the story of an assassin (Shin) who is paid to assassinate a mafia leader (Song) but falls in love with him instead, depicting problems such as age differences in romantic relationships and the Korean underworld. At the 16th Busan International Film Festival, it was screened in the Korean Cinema Today – Panorama category. For the part, she received her first Grand Bell nomination.

Shin Se-kyung received her first acting award in 2009, when she was nominated for two MBC Entertainment Awards (best new actress and best couple award in a comedy/sitcom with co-star Yoon Shi-yoon) for playing a character in MBC’s ‘High Kick Through the Roof,’ who had the same name as her in real life. Mnet 20’s Choice Award was bestowed to her the following year. For the same part, she won a Fantasia Award at the Puchon International Fantastic Film Festival in 2011.

Her first win for a film appearance came in 2014 when she won a Blue Dragon Film Award for ‘Tazza: The Hidden Card.’ In 2015, she received two Seoul Broadcasting System Awards (excellence award, actress in a series drama, and best couple award with Yoo Ah-in) for ‘Six Flying Dragons.’

Though Shin Se-kyung has been linked to a number of her co-stars over the years, she has only ever publicly recognized her relationship with Jonghyun, a member of the Korean boy band SHINee. On October 20, 2010, a local news outlet reported seeing them out on a date. Later, their separate agencies issued press statements confirming the partnership. They dated for around nine months before breaking up in June 2011 owing to their hectic schedules.

On the 60th anniversary of the United Nations Educational, Scientific, and Cultural Organization (UNESCO), she was elected goodwill ambassador for the Korea Commission. The award recognizes her achievements to promoting Korean culture and education, as well as her advocacy for the Korean language, particularly through her role in ‘Tree with Deep Roots.’ In this capacity, she supports the UNESCO Bridge program’s vision and goal, both in Korea and internationally.

Shin Se-kyung is one of the wealthiest TV actresses and one of the most popular. Shin Se-net kyung’s worth is estimated to be $1.5 million, according to Wikipedia, Forbes, and Business Insider.