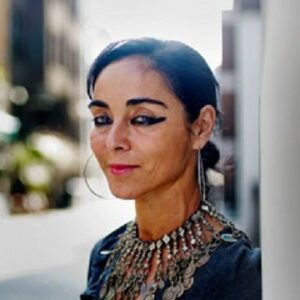 The kidnapping of American hostages and the deposing of the Shah are the most well-known aspects of Iran’s political and religious turmoil in 1979. The set of events that brought the ayatollahs to power, like other revolutions, also planted cultural seeds that eventually pushed back against this seemingly unstoppable trend. The children and grandchildren of the revolutionary Muslims who overthrew a monarch are now staging their own protests. While they do not riot or take to the streets like their parents, they do express their displeasure through art and literature all around the world. Shirin Neshat, a well-known photographer and videographer, is one such dissident. Neshat was born in Iran and raised in the United States, where she received her schooling. While she was away, the revolution erupted, preventing her from returning to her homeland. The mullahs in charge of Iran began enforcing standards of behavior that restricted women more than men once they had solidified their power. In response to what she perceives as a diminution of women’s dignity in Iran, she creates works that challenge such oppression. Her work is always intended to emphasize the strength and nobility of women in traditional Muslim civilizations.

Shirin Neshat was born in the Iranian city of Qazvin on March 26, 1957. Qazvin is located near the Elburz mountain range, about two hours north of Tehran, Iran’s capital city. Her father was a physician, and both of her parents were upper-middle-class and educated. Until 1974, she attended a Catholic residential school in Tehran.

Her father, an enthusiast of western cultures, moved her to California to finish her official schooling in 1974. She went on to receive a bachelor’s and two master’s degrees at the University of California-Berkeley. Neshat was able to return to Iran for a visit in 1990. She noticed significant changes in Iranian society upon her arrival, particularly in the rules restricting women. This was a turning point in her artistic career.

In 1983, Shirin Neshat relocated to New York City and started working at the Storefront for Art and Architecture. Storefront is a not-for-profit alternative workspace for creative businesses. She began displaying her first photographic images in 1993, and they were met with critical acclaim. Despite his background as a painter, Neshat believes that photography, particularly black and white photography, delivers clarity and simplicity unlike any other medium.

Her work was shown in Dallas, Texas, and Turin, Italy in 2000. She opened photographic shows in Houston and Minneapolis two years later. She began making videos in 2000 and has had them screened at a number of international film festivals, including Lacarno, Tribeca, Cannes, and Sundance. She continued to exhibit her still photography throughout this time.

Neshat’s work traveled further and to more important locations in 2005. She held exhibitions in London, Berlin, and León, Spain, that combined video, music, and multi-media elements. She had exhibitions in Amsterdam, Salzburg, Lisbon, and Reykjavik between 2006 and 2008. Her art was characterized by the use of Arabic and Persian text overlaid on human bodies.

She opened in Copenhagen, Paris, Brussels, Madrid, and Milan between 2009 and 2012. To bring melody and tone to her pictures, she worked with artists such as Sussan Deyhim, among others. Sirin Neshat was named to the jury of the 63rd Berlin International Film Festival in 2013. Jurors are always well-known and well-respected professionals in the fields of videography and cinematography.

The ‘Women of Allah’ series, which ran from 1993 to 1997, was Neshat’s first big achievement. Each portrait depicts a Muslim lady with Persian writing superimposed on top, and was inspired by Iranian feminist poetry. In 1999, she released the album ‘Rapture.’ This movie compares and contrasts the lives of women and men in traditional Islamic nations’ gender politics. ‘Logic of the Birds’ is a film and live performance hybrid. Neshat worked on this project with Iranian refugees Shoja Azari and Ghasem Ibrahimian, both screenwriters and cinematographers. She produced the film ‘Women Without Men,’ based on Shahrnush Parsipur’s novel, in 2009. From their life under the Shah to the present day, this work focuses on four Iranian women.

In 1999, she was awarded the First International Prize at the Venice Biennale. This exhibition features the most up-to-date modern art trends. The ‘Edinburgh International Film Festival’ awarded her the Visual Art Award in 2000. Peter Cattaneo for ‘The Full Monty’ was a previous winner of this award. Shirin Neshat received the ‘Hiroshima Art Prize’ from the ‘Hiroshima City Museum of Contemporary Art’ in 2005. Each year, the city of Hiroshima chooses one artist who has contributed to world peace. Neshat was named ‘Artist of the Decade’ by the ‘Huffington Post’ in 2010. The online news outlet praised her for the “active and defiant attitude” of her paintings, which spanned the past ten years.

Kyong Park, the curator of the Storefront for Art and Architecture, was Shirin Neshat’s husband. They married and went to New York shortly after she obtained her MFA from Berkeley. However, the pair later divorced. Shoja Azari, an Iranian-born visual artist and filmmaker, is Neshat’s current living partner. Neshat has occasionally engaged in activism, despite her preference for letting her art to make political remarks. She went on a three-day hunger strike at the United Nations in 2009 to protest the results of Iran’s presidential election.

Shirin Neshat is one of the wealthiest screenwriters and one of the most well-known. Shirin Neshat’s net worth is estimated to be at $17 million, according to Wikipedia, Forbes, and Business Insider.

Neshat’s family was once wealthy, but they lost everything during Iran’s revolution in 1979.