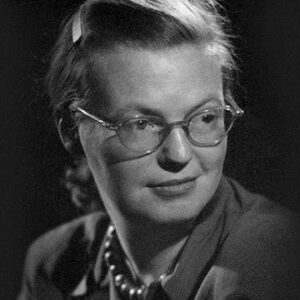 Shirley Jackson was an American novelist and short story writer whose most renowned work, ‘The Lottery,’ is widely considered to be one of the greatest short tales ever written. Jackson was born in San Francisco but spent her childhood in Burlingame, California, before moving to New York with her family as a teenager. She began writing stories and poetry as a teenager, but it wasn’t until her time at Syracuse University that she truly found her voice, when the college magazine published one of her short pieces, ‘Janice.’ After graduating from college, she moved to New York with her husband and began working as a full-time writer. Her pieces were published in some of the most prestigious American journals, and she quickly established herself as a familiar face on the American literary scene. Her first major break came with the short tale ‘Come Dance With Me in Ireland,’ but her subsequent short story ‘The Lottery’ established her as one of the most renowned short story authors of her generation. She also wrote books, and two feature films were adapted from her novel ‘The Haunting of Hill House.’

Shirley Jackson was born on 14 December 1916 in San Francisco, California, United States parents Leslie and Geraldine Jackson. Her family was middle class, and she grew up in a pleasant environment. Her parents’ occupations are unknown.

She grew up in Burlingame, California. This neighborhood was populated by prosperous folks. She developed an early interest in writing and her earliest efforts as a writer comprised of short stories and poetry that she penned as a youngster.

Her family relocated from California to New York when she was seventeen years old. She attended Brighton High School in New York and graduated in 1934. Following that, she attended the University of Rochester before transferring to Syracuse University. She earned a bachelor’s degree six years after graduating from high school.

Her first publication occurred during her tenure at Syracuse University. In 1937, the college magazine published a short fiction named ‘Janice.’ Subsequently, during his stay at the university, she assisted in the establishment of the literary publication Spectre.

After graduating from university, she came to New York with her husband in 1940 and settled in Greenwich Village. After relocating to the city, she became a professional writer and, according to some reports, wrote every day in addition to performing odd jobs to cover her expenditures. She began contributing to prestigious American periodicals such as ‘The New Yorker’ and ‘The New Republic’.

In 1944, her short story ‘Come Dance With Me In Ireland’ was selected for inclusion in the ‘Best American Short Stories,’ and the following year, her family relocated to North Bennington, Vermont, after her husband accepted a position there. Her narrative ‘The Missing Female’ was reportedly inspired by true circumstances surrounding the disappearance of a girl at Bennington College.

Jackson’s debut novel, ‘The Road Through the Wall,’ was published in 1948, but her real success came with the publication of her short story ‘The Lottery’ in ‘The New Yorker. The short story is one of her most well-known works and sparked controversy among readers. The next year, she relocated to Westport, Connecticut, and released ‘The Adventures of James Harris,’ a collection of short stories.

In 1951, she published the gothic book ‘Hangsaman’ and continued to produce short stories such as ‘The Bird’s Nest’ and ‘One Ordinary Day With Peasants. During that time period, her renown and acclaim as a writer of short stories and novels developed.

In 1959, she released her most renowned work, ‘The Haunting of Hill House,’ which is widely regarded as one of the best ghost stories ever written. Additionally, the novel was converted into two films. A year later, she wrote the best-selling novel ‘We Have Always Lived in the Castle.’ She then worked for the ‘New York Herald Tribune as a children’s book reviewer.

Her most notable work was the short tale ‘The Lottery,’ which was published in 1948 in The New Yorker magazine. It is widely considered to be one of the greatest short tales of all time and has been translated into a number of languages.

In 1940, she married Stanley Edgar Hyman, a literary critic by trade. Laurence, Joanne, Sarah, and Barry were the couple’s four children.

She died of a heart attack on 8 August 1965 in North Bennington, Vermont.

Shirley is one of the wealthiest novelists and is placed on the list of the most popular novelists. Shirley Jackson’s net worth is estimated to be at $7 million, based on our analysis of Wikipedia, Forbes, and Business Insider.