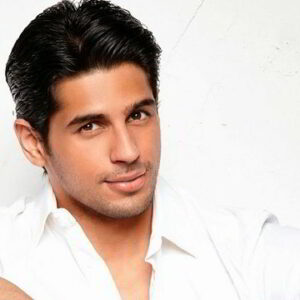 Sidharth Malhotra is a Bollywood actor best known for his part in the Hindi film “Student of the Year” from 2012. Sidharth is a tremendously brilliant young man with a dashing appearance and body who has made a reputation for himself early in his acting career. Sidharth began his career as a model, but quickly became dissatisfied with the industry and decided to pursue a career as an actor. His first film, ‘Student of the Year,’ starred Varun Dhawan and Alia Bhatt. Sidharth held his own in the film despite being a “outsider” in the industry, and was praised for his great performance and brilliant characterization. Despite being a newcomer to the film industry, Sidharth has received critical accolades for his acting abilities. Malhotra excels at getting into the skin of his character and bringing it to life. He was initially labeled as a ‘romantic’ hero, but in the film ‘Ek Villain,’ he lost this image, which helped him advance in his career!

Sidharth Malhotra was born in Delhi to Sunil and Rimma Malhotra on January 16, 1985. His father was a former captain in the Merchant Navy, while his mother is a stay-at-home mom.
Sidharth attended Don Bosco School and Birla Vidya Niketan for his early education. He subsequently went on to University of Delhi’s Shaheed Bhagat Singh College to pursue a graduate degree.

Sidharth Malhotra’s tall and slim build aided him in his late adolescent modeling career. He left the fashion sector after four years and opted to pursue a career as an actor. His acting career got off to a rocky start. Despite having a successful audition for a main role in filmmaker Anubhav Sinha’s film, he was unable to take it because the project had been shelved. As a result, he was hired as an assistant director on Karan Johar’s film ‘My Name Is Khan’ (2010).

Malhotra’s big break came with the mega-hit film ‘Student of the Year,’ which he co-starred in with Varun Dhawan and Alia Bhatt in 2012. Malhotra received great accolades for his performance as Abhimanyu Singh in the film.
Following his hugely successful debut, Malhotra received a slew of film offers. He next appeared in the 2014 romantic comedy ‘Hasee Toh Phasee,’ alongside Parineeti Chopra and Adah Sharma. Despite the fact that the picture only did relatively well at the box office, his performance was praised.

Malhotra’s second 2014 release was the romantic thriller ‘Ek Villain,’ in which he starred alongside Shraddha Kapoor and Riteish Deshmukh. He played a hardened criminal with a terminally ill wife in the film, which broke the romantic hero archetype for him. ‘Ek Villain’ was a box office success, establishing Sidharth as one of the new generation’s most promising actors.

With his next picture, ‘Kapoor & Sons,’ Malhotra reversed the tables yet more (2016). The film was a critical and economic success thanks to its ensemble cast. Despite having such a talented star cast in the film, Sidharth was praised for maintaining his composure.

‘Baar Baar Dekho,’ which he co-starred in with Katrina Kaif in 2016, was a flop. The audience seemed unimpressed. ‘A Gentleman’ (2017), his following film, likewise bombed at the box office.
Malhotra starred alongside Sonakshi Sinha in the 2017 remake of the 1969 mystery film ‘Ittefaq.’ The picture received positive reviews, but it did not succeed in attracting audiences to the theaters.

In 2018, he just had one release under his belt. In the action thriller ‘Aiyaary,’ directed by Neeraj Pandey, he co-starred with Manoj Bajpayee and Rakul Preet Singh. Both critics and audiences were underwhelmed by the film.
Malhotra is presently filming two projects: the comedy ‘Jabariya Jodi,’ which he will star in alongside Parineeti Chopra, and the thriller ‘Marjaavaan,’ which he will star in alongside Rakul Preet Singh. Both films are set to hit theaters in 2019.

Sidharth Malhotra’s first film, ‘Student of The Year,’ was his greatest accomplishment in the acting world. The picture was his most commercially successful, winning him honors and recognition as one of Hollywood’s most promising rookies.

Sidharth’s next major break came with the film ‘Ek Villain,’ which displayed his acting prowess and demonstrated that he could do more than just portray love characters.

In his first year of acting, Sidharth Malhotra won Stardust’s Best Promising Debut Male Award for ‘Student of the Year.’ In the same year, he was nominated for a Filmfare Award for Best Male Actor and awarded the South African Indian Film and Television Award.

For ‘Hasee Toh Phasee,’ he won the Big Star Entertainment Award for Most Entertaining Actor in a Romantic Film in 2014. In the same year, he and Alia Bhatt shared the Entertainer of the Year Award.
Malhotra was routinely ranked among Times of India’s Top 15 Most Desirable Men of the Year in 2013 and 2014.

Sidharth Malhotra has been linked to Alia Bhatt since his ‘Student of the Year’ days, according to reports. Despite the fact that the two had not declared their relationship, they were frequently seen together.

The on-screen combination of Malhotra and Jacqueline Fernandes in ‘A Gentleman’ brought the two closer together. They were frequently seen together even after their film was completed. According to rumors, Sidharth’s friendship with Jacqueline enraged Bhatt, resulting in their ‘supposed’ split.

Sidharth Malhotra has done a lot of philanthropic work in the past. He performed at a charity event for Uttarakhand flood victims in 2013 and has been an active participant in the PETA campaign to raise awareness about dogs.

The net worth of Sidharth Malhotra is estimated to be around $10 million.