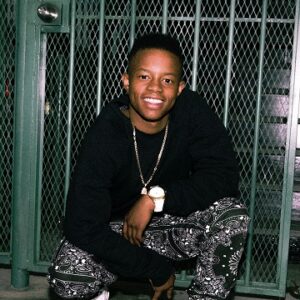 Silentó is an American rapper, songwriter, R&B and hip hop recording artist, and record producer who was born Ricky Lamar Hawk. After releasing his debut track ‘Watch Me (Whip/Nae Nae)’ on the social networking platforms Vine and YouTube in 2015, he became famous. This song became extremely famous due to its infectious tempo and catchy hook. The single charted at No. 3 in the United States and No. 9 in Australia, as well as in France, Denmark, New Zealand, Canada, and the United Kingdom. ‘Young Love’ and ‘Get Em’ are two of Silentó’s other tunes. The young guy began his profession early, having had a passion for music from childhood, and was able to gain recognition and reputation in a short amount of time. Silentó now has millions of followers all around the world. As of May 2017, the American rapper had 388k Instagram followers and 87.6k Twitter followers. About 254k people subscribe to his YouTube channel. Not to mention the fact that he has amassed 3.6 million Vine Loops to date!

Silentó was born in Atlanta, Georgia, on January 22, 1998. His mother is a department shop employee, while his father is a store manager.

Silentó was the only child of his parents, and after his parents divorced, he was reared by his mother, grandmother, and aunt.

He went to Redan High School for his education. The rapper hasn’t finished his education, according to the facts available on the internet.

On January 25, 2015, Silentó’s debut single, ‘Watch Me (Whip/Nae Nae),’ was uploaded on YouTube. The track garnered over 2.5 million views within a week of its release! Silentó was signed to Capitol Records after the song’s overwhelming success, and the track was released as a single with an accompanying music video.

The rapper was featured in the songs ‘Dessert’ and ‘Lightning in a Bottle’ in the same year. Following that, he worked as the lead artist on his single ‘Get Em,’ which he released in 2016.

‘Girl in the Mirror’ and ‘Spotlight,’ two more of his tracks, were also published in 2016. His single, ‘Young Love,’ was released on his channel the following year. He was also featured in the song ‘Like It Like It,’ which was published the same year.

‘Watch Me (Whip/Nae Nae)’ by Major Works Silentó reached no. 3 on the US Billboard Hot 100 chart and no. 2 on the Billboard Hot R&B/Hip Hop Songs chart.

For his debut single, Silentó won the Soul Train music award for ‘Best Dance Performance’ in 2015.

He’s also been nominated for a Teen Choice Award, MTV Video Music Award, and Billboard Music Award in the categories of ‘Rap/Hip-Hop Track,’ ‘Song of the Summer,’ and ‘Top New Artist,’ respectively.

Silentó is a single man who lives with his mother. His love life is a mystery, and suspicions about his sexuality are frequently aired.

Silento’s net worth is believed to be $6 million. He has amassed all of this through the sale of iTunes downloads.