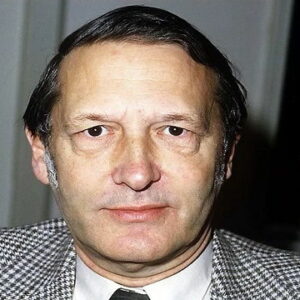 Simon van der Meer was a Dutch particle physicist who made groundbreaking contributions to the area. He was awarded the Nobel Prize in Physics for discovering two of the most fundamental building elements of matter, the W and Z bosons. Van der Meer was nurtured in an intellectually stimulating environment where the emphasis was on providing good education to the children, coming from a family of teachers. Even though he was well-educated, he found it restricting and wished he had received more physics training. He later credited his “amateur” learning for allowing him to see complicated things in a straightforward and understandable manner. He earned his bachelor’s degree in physical engineering from Delft University of Technology and spent a few years at Philips Research. He later became a physicist at CERN, where he worked on a variety of research and experiments, including the stochastic cooling process, which is still used in a variety of machines today. His work on the regulation and control of power supply for the Intersecting Storage Rings was another notable contribution to CERN (ISR). Despite his achievements and subsequent international renown, van der Meer was known as a quiet and contemplative man who was entirely dedicated to his wife and family.

Simon van der Meer, the third child of Pieter van der Meer and Jetske Groeneveld, was born on November 24, 1925, in The Hague, the Netherlands. His father was a teacher, and his mother’s family also worked in education.
His parents were a continual source of inspiration and sacrificed a lot to ensure that he and his three sisters received a good education.

He attended the Gymnasium in The Hague’s science section and graduated in 1943. Because Dutch universities were closed during the German occupation of the Netherlands, he continued to attend the Gymnasium’s humanities portion for the next two years.

He aided his physics teacher, U.Ph. Lely, in the preparation of various demonstrations due to his growing interest in physics and technology. He was a big fan of electronics and had a lot of them in his residence.
In 1945, he enrolled in Delft’s “University of Technology,” where he majored in Technical Physics. In 1952, he earned a bachelor’s degree in engineering.

Van der Meer began working in Eindhoven’s “Philips Research Laboratory” shortly after graduating in 1952. His work mainly consisted of research and development for high-voltage equipment and electron microscope circuits.
He became a member of the newly established “European Organization for Nuclear Research, CERN” (ConseilEuropéen pour la RechercheNucléaire) laboratory in Geneva in 1956. He remained at CERN until 1990 when he retired.

His initial assignment at CERN was to work with J.B. Adams and C.A. Ramm. It was about the design of the 26 GeV Proton Synchrotron’s pole-face windings and multipole correction lenses (PS).

He worked on a separated antiproton beam for a year in 1960, which sparked the concept of the magnetic horn. This was a pulsed focusing device used in neutrino facilities with lengthy baselines. This gadget has a wide range of uses in neutrino physics and antiproton generation.

He joined a small group of scientists working on the second “g-2” experiment for the precise measurement of the magnetic moment of the muon, directed by F.J.M. Farley, in 1965. Van der Meer was a participant in the experiment and built a compact storage ring (the g-2 ring).

As his work with SPS power supply came to a conclusion in 1976, he joined a study group that was working on the pp project. Carlo Rubbia led this project, which proposed using the SPS or the Fermilab ring as a pp collider. He was also a member of an experimental team working on the Initial Cooling Experiment, which looked at cooling in a small ring (ICE).

He was appointed to be the joint project head with R. Billinge after the collider project was approved in 1978. Construction of the “Antiproton Accumulator” was one of their responsibilities (AA).
The first antiproton accumulator, as well as the circulation of the first beam, began operating two years later, in 1980. After a year, a total of 1011 particles had been produced.

In the Super Proton Synchrotron, his stochastic cooling technique was utilized to collect powerful beams of antiprotons for head-on collisions with counter-rotating proton beams at 540 GeV center-of-mass energy or 270 GeV per beam (SPS). The “UA1 experiment” discovered the first trace of “W” and “Z” bosons in 1983.

In 1984, he was awarded the Nobel Prize for discovering the W and Z particles, two of the most fundamental elements of matter. He and Carlo Rubbia were co-recipients of the award.

In 1994, his research led to the discovery of the ‘top quark,’ the last particle of matter in the ‘Standard Mode.’ To make this possible, stochastic cooling was added to the ‘Tevatron collider.’ The ‘Low-Energy Antiproton Ring’ (LEAR), which was superseded by the ‘Antiproton Decelerator’ (AD), uses his stochastic extraction method to decelerate and store antiprotons.

Simon van der Meer retired in 1990 after more than 30 years at CERN and a significant contribution to physics. He opted to spend his time gardening and spending up with friends rather than going on lecture tours.

Van der Meer developed the stochastic cooling of particle beams technology. In the “Super Proton Synchrotron,” he demonstrated that antimatter beams could be concentrated with enough strength to collision proton and antiproton beams, leading to the discovery of “W” and “Z” particles. Despite the fact that they had been anticipated theoretically, their finding was a major milestone in particle physics.

For his contributions to physics, Simon van der Meer was awarded the ‘Duddell Medal and Prize’ in 1982.
W and Z particles, two of the most fundamental elements of matter, were discovered by Van der Meer. This was critical to the development of the 1970s’ unified ‘electroweak theory.’ He and Carlo Rubbia were jointly awarded the “Nobel Prize in Physics” in 1984.

Simon van der Meer met his future wife-to-be, Catharina M. Koopman, on a skiing holiday with his pals in the Swiss Alps in 1966. They married only a few months after meeting. This was the best decision he’d ever made, he said.
He had two children: Esther, born in 1968, and Mathijs, born in 1970.

Van der Meer is one of only two Nobel Laureates in the field of accelerator physics. Ernest Lawrence, who had received it in 1939, was the other recipient.
9678 van der Meer is an asteroid named after him.

The estimated net worth of Simon van der Meer is unknown.