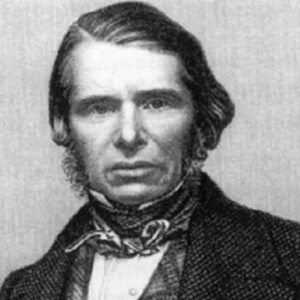 Charles Trevelyan was a British civil servant and colonial administrator who is known as the “father of the modern British civil service.” Trevelyan grew up to be a very smart and qualified person. His father was a priest. Trevelyan got a job as a writer for the East India government in India soon after he finished school. This was because he was good at learning Asian language and dialect. During his time in India, he held important positions of power and moved up quickly. In 1840, he went back to England to work as an assistant secretary for Her Majesty’s Treasury. He was in that job until 1859. Ireland and Scotland went through a time of famine while he was in office. Instead of speeding up the work to help people during a famine, Trevelyan encouraged the government to do as little as possible. Trevelyan was also the Governor of the Indian state of Madras. The high point of his career was when he helped make sure that qualified and educated people were chosen to be civil servants and administrators through competitive entrance exams. He was given the baronetcy and Knight Commander of the Order of Bath titles during his life.

Charles Trevelyan was born in Taunton, Somerset, on April 2, 1807. His parents were Harriet and Venerable George Trevelyan, who was the Archdeacon of Taunton. His father was a priest from Cornwall.

Trevelyan went to Charterhouse School after he finished his early education at Blundell’s School. After that, he went to school at East India Company College.

Trevelyan’s first job was writing for the East India Company in 1826. He was sent to work at the Bengal Civil Service office in Delhi. He was smart, talented, and worked hard, so he quickly moved up the ladder and got quick promotions and positions of power.

In 1827, he was Sir Charles Theophilus Metcalfe’s assistant when he was the commissioner of Delhi. During the time he worked for Metcalfe, he was in charge of many important missions. He was even the king of Bharatpur’s guardian for a short time.

During his time in India, Trevelyan helped get rid of transit duties, which had been a problem for Indian traders for a long time. In 1831, he moved to Calcutta. In it, he became the government’s deputy secretary in the political department.

Trevelyan knew how important education was and worked hard to get more people in India to get an education. Because of what he did, the British government let Indian students learn about European literature and science. In 1838, he also wrote a report called “On the Education of the People of India.”

The time he spent in India ended in 1838. Before going back to England, his last job was as a secretary for the Sudder board of revenue.

In 1840, he moved to England and became assistant secretary to Her Majesty’s Treasury. Nineteen long years went by while he was in office. During his time in office, Ireland was hit by the Great Famine, which was a disaster on a very large scale.

Trevelyan did a lot to get the upper and middle classes in Britain to think that the famine was an act of God. He even wrote a book about it called “The Irish Crisis.” In it, he gave a detailed analysis of the famine and called it an “effective way to get rid of too many people.” He said that the crisis was God’s punishment.

As the Treasurer’s secretary, Trevelyan was mostly to blame for the government’s lack of action during the famine. Even though he was in a powerful position, he did not increase relief work. Instead, he told the government not to do much.

Trevelyan agreed with the controversial Whig government’s policies of not getting involved and letting things happen on their own. He also said that the gentry was to blame for the famine, which made it okay for the government to do nothing.

Even though Trevelyan’s attitude of “minimal intervention” was a good way to help Ireland become self-sufficient and stop depending on the British government for survival, his actions came at the wrong time and caused a lot of trouble among the working class.

On July 21, 1846, Trevelyan shut down the Peelite Relief Program. His goal was to teach the poor how to take care of themselves. He thought that workers shouldn’t ask the government to help them. Instead, they should harvest their own crops and do harvest work for big farmers to make money. But he didn’t know that the famine had left workers without crops and farmers without any work in agriculture.

In 1851, the Irish famine quickly spread to the Western Highlands of Scotland. Before that, it had only affected parts of Ireland. The Highland and Island Emigration Society was started by Trevelyan and Sir John McNeill in response to a crisis. From 1851 to 1858, when the society was in business, it helped send 5,000 Scots to Australia.

In 1853, in a report called “The Organization of the Permanent Civil Service,” he came up with a new way to get into the civil service. Through it, he helped people prepare for competitive entrance exams that made sure qualified civil servants were chosen to be administrators. This made it possible for highly educated and qualified people to join the civil service, which was previously only open to the wealthy, powerful, and aristocratic.

Trevelyan was offered the job of Governor of Madras Presidency in 1858, which he took. The next year, he started his job, and because of how he did his job, he was soon well-liked. His policies were liked by the people of Madras, and they quickly obeyed the new government. But he was sent back to England after some government information that was seen as seditious was made public.

Trevelyan went back to India in 1862 as the country’s finance minister. During his time in office, he did a lot of good work and made important changes to how things were run. Through public works, Trevelyan pushed for the country’s natural resources to be used more. In 1865, he was no longer the minister of finance.

In 1865, Trevelyan went back to England. At the end of his career, he worked on projects that helped people. He also backed other changes, like the army commission and promotions, the way the army was organized, and so on.

The most important thing Trevelyan did was write a report in the 1850s called “The Organization of Permanent Civil Service.” Trevelyan and Sir Stafford Northcote worked together to call for a competitive exam to be used to choose government workers.

Because of his report, educated and qualified people were given the chance to join the civil service, which was previously only open to the wealthy, powerful, and aristocratic classes. Also, it made sure that future administrators would be qualified, civil servants.

On December 23, 1834, Charles Trevelyan married Hannah More Macaulay for the first time. The couple was lucky enough to have a son, George Otto Trevelyan, who later took over the baronetcy from his father.