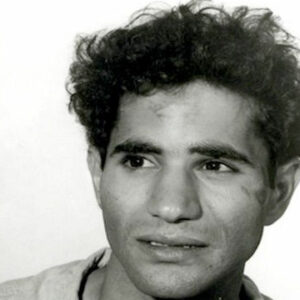 The primary suspect in the murder of former US presidential candidate Robert F. Kennedy is Sirhan Sirhan. He was born in Palestine and is a citizen of Jordan. Born into an Arab-Christian family and raised in part in the US, Sirhan developed a strong religious conviction early on, which fueled his animosity towards Kennedy even more. On June 5, 1968, the assassination occurred in Los Angeles’ “Ambassador Hotel.” Kennedy had three gunshot wounds, with a fourth one piercing his jacket. In 26 hours, he passed away. The incident stunned the entire nation. Sirhan was apprehended by police after the murder and placed in detention. Due to America’s divisive ideologies and participation in the Middle East crisis, this was one of the unusual attacks against American officials. According to reports, Sirhan admitted that he did murder Robert for the benefit of his nation. He was imprisoned in 1971 following a protracted trial, and over the years, he was sent to various prison facilities. He has also attempted to get released on bond several times, but each attempt has been rejected.

On March 19, 1944, Sirhan Sirhan was born into a devout Arab-Christian household in Jerusalem, Palestine. He spent his first few years of life there, where he also finished his primary education. At the age of twelve, Sirhan’s family relocated to the US. They first resided in New York before relocating to California.

He excelled in the classroom and proved himself both in high school and college. He graduated with respectable grades from “Eliot Junior High School,” “Pasadena City College,” and “Eliot Junior High School.”
He spent a significant amount of time studying and living in America, yet he was still a Jordanian national. His animosity for his father, who occasionally hit him physically, seemed to further motivate this decision. As a result, Sirhan graduated, went back to the Middle East, and began working there.

As a devout Christian, Sirhan prioritized his religion above all else. He regularly changed between many Christian traditions, including the Adventist and Baptist churches. He eventually joined the “Ancient Mystical Order of the Rose Cross” in 1966, which ultimately influenced his mentality and drove him into nationalism and religious extremism.

The Murder and Its Motives

On June 5, 1968, Sirhan entered the main ballroom of the “Ambassador Hotel” in Los Angeles while Senator Robert Kennedy was addressing his supporters. Sirhan then began firing at Kennedy. Even though many more individuals were also shot, Kennedy was the one who died 26 hours later after sustaining the most deadly injuries. A few bystanders managed to subdue Sirhan, who was then turned over to the police.

Sirhan was aware that there was no hope for anything to save him because the situation was obvious and closed. He admitted to the offense. The state-appointed attorneys soon developed a case against him. A protracted trial that followed explicitly addressed Sirhan’s potential motivations for carrying out such an atrocity.

His past behavior and his testimony during the trial made it plain that he was unhappy with the way the US handled the Middle East issue. Sirhan blatantly asserted that he carried out the action on behalf of his nation. The assistance that US senator Kennedy had given to Israel for the 1967 six-day war was the icing on the cake. Sirhan killed Kennedy on the anniversary of the six-day war, and he was also intoxicated and quite angry at the time.

In a diary that was discovered in Sirhan’s chamber, he expressed his outrage about Robert Kennedy’s address, in which he said that if elected president, he would send 50 fighter jets to Israel. The “Los Angeles Times” concluded that Sirhan’s act was a result of the Arab-Jewish animosity that had been simmering in the Middle East for decades after carefully examining the diaries and notebook entries he had kept.

At first, Sirhan admitted to the crime and was taken into custody. However, he entered a “not guilty” plea at the urging of his attorneys. The judge rejected the “not guilty” plea after finding very incriminating documents in his chamber.

Defense counsel focused mostly on Sirhan’s mental instability at the time of the murder’s planning and execution. Sirhan consistently insisted that he wanted to kill Kennedy, not out of any personal animus toward him but rather out of a desire to protect his country.

In his testimony before the court, Sirhan went into great detail regarding the Arab-Jewish struggle in the Middle East, which has been upsetting the region’s calm for millennia. Emile Zola Berman, one of the defense team’s attorneys, was a Jew. Emile requested permission from the court to resign from the defense team after observing Sirhan’s extreme anti-Semitism. The judge eventually convinced him to change his mind.

According to Bernard L. Diamond, a professor of law and psychology at the “University of California,” Sirhan was likely experiencing “diminished capacity.” Sirhan unintentionally revealed his illness in court when he erupted in violent rage at the slightest mention of his upbringing.

Finally, on April 17, 1979, he was found guilty of murder. The jury did not buy his claims that he was intoxicated and erroneous. Despite receiving a death sentence, it was commuted to a life sentence three years later when California abolished the death penalty.

Appeals and Life After Prison

In 1971, Sirhan was housed in the San Quentin State Prison’s “Adjustment Center” before being sent to the “Correctional Training Facility” in Soledad, California, where he was held for the next 20 years. Later, in 1992, he was transported to the “California State Prison,” where he remained until 2009 when he was moved to the “Pleasant Valley State Prison.”

He was moved to the “Richard J. Donovan Correctional Facility” in San Diego, California, in November 2013. On the 50th anniversary of John F. Kennedy’s passing, this was carried out. The officials said that this was just a “regular matter” and an “unfortunate coincidence” when asked about it.

Sirhan had previously asserted that the US court was biased and that he should have been granted bail because he was intoxicated at the time of the incident. Every five years, Sirhan is up for a parole hearing, but it is always denied.
For the fifteenth time in a row, Sirhan was denied parole in 2016, and he insisted that he had no recollection of killing Kennedy. The parole commissioners claim that Sirhan had no remorse for his crime. The cops went on to say that Sirhan committed a heinous crime and that as a result, the nation lost a fiercely contested presidential contender.

The extreme Christian who is in his seventies is probably going to spend his remaining years in prison because it appears unlikely that he will be granted release.

The estimated net worth of Sirhan Sirhan is about $1 million.