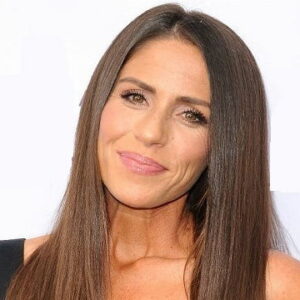 American actress Soleil Moon Frye is best known for her roles in the TV shows “Punky Brewster” and “Sabrina, the Teenage Witch.” People think of Frye as the 80s pop culture icon. She has been the main character in many TV shows, telefilms, and guest appearances on TV shows. Because of her beautiful voice and skill as a voice actor, she has lent her voice to a few animated shows like “Planet Sheen.” This beautiful and charming actress has made a name for herself in movies like “The Liars’ Club,” “The St. Tammany Miracle,” “Pumpkinhead II: Blood Wings,” “Motel Blue,” “The Girls’ Room,” and “Bratz: Starrin’ & Stylin’.” Some of the movies she has directed are “Sonny Boy” and “Wild Horses,” an independent movie she also wrote. She is also a well-known designer and has her own line of clothes for kids called “The Little Seed.” She acts, writes scripts, and directs movies. Her amazing acting and directing skills have earned her many nominations, awards, and credits, including the San Diego Film Festival Award for her docudrama “Sonny Boy.”

Soleil Moon Frye was born on August 6, 1976, in Glendora, which is in the state of California in the United States. She is the daughter of actor Virgil Frye and talent manager and caterer Sondra Peluce.

Meeno Peluce and Sean Frye, who are also actors, are her two half brothers. Her parents split up two years after she was born and got back together many years later. Frye has been acting since she was only two years old.
She went to San Fernando Valley Professional School and did well there.

Frye got her first chance to act when she was only 6. She played Lucile Fray’s young daughter, Linda Fray, in a movie about her life. In 1983, she played the role of Samantha on the TV show Little Shots.
After being in TV movies like “Ernie Kovacs: Between The Laughter” and “Invitation to Hell,” her big break came in 1984 with “Punky Brewster.”

In the show, she played a kid named Penelope who was funny and smart.
Even though kids liked the show, it was taken off the air because it didn’t do well with adults. Frye started working on other TV and movie projects at this point.

Her father got her an agent, Herb Tannen & Associates, and soon after, her career took off. Her mother took over as her boss.

Frye made another guest appearance on TV in 1987. This time, it was on the show “The Law & Harry McGraw,” in an episode called “She’s Not Wild About Harry.” In 1988, she won the lead role of Tyler McKay in another sitcom called “Cadets.” In 1989, she and two other girls hosted a weekly teen talk show called “Girl Talk.” It was based on a girls’ board game.

Frye continued to act in TV movies, sitcoms, and even movies as the new decade began. She was on the TV show “Where’s Rodney?” in the year 1990. She was also in an episode of “The Wonder Years” called “Growing Up,” which also starred Fred Savage.

In two episodes of the animated series “Tiny Toon Adventures” from 1992, Frye voiced the character Amanda Duff. In the same year, she also appeared in an episode of the popular morning show “Saved by the Bell.” “Screech’s Spaghetti Sauce” was the name of the episode.

She worked on stage and in the movie “Pumpkinhead II: Blood Wings” in 1995.
She was in the TV show “I’ve Been Waiting for You” in 1998. In the same year, she wrote and directed her first movie, called “Wild Horses.” She was only 22 years old at the time.

Frye directed again in 2004. This time, it was a documentary about her father and how he was living with Alzheimer’s. The name of the documentary was “Sonny Boy.”

During the time she was making “Sonny Boy,” she took part in many campaigns to raise awareness about Alzheimer’s disease. She won the Who Wears Purple Best contest put on by the Alzheimer’s Association. At A Night at Sardi’s, she was given the caregiver award.

She and two friends opened “The Little Seed,” a store in Los Angeles that sells eco-friendly items for kids, in 2007. The shop is now only open on the Internet.
She has also made a name for herself as an author. In 2011, she wrote “Happy Chaos: From Punky to Parenting” and “My Perfectly Imperfect Adventures in Between.”

It’s Punky Brewster – Frye played Penelope in this show, which was the most famous sitcom she was in. The show aired on September 14, 1985, but it was pulled off the air because it didn’t do well with viewers.

The first episode of Sabrina the Teenage Witch aired on September 27, 1996, and the show ran for seven seasons. In 2000, Frye joined the cast as Roxie King, the feminist roommate who didn’t get along with other people. She watched the show until it was over.

Sonny Boy was Frye’s second documentary. It was about her father, who had Alzheimer’s disease and died in 2004. It was shown for the first time at the San Diego Film Festival.
Frye did voice-over work for the animated series Planet Sheen. She used her voice to give Aseefa a voice. The first episode of the show was shown on October 2, 2010.

She went out with Edward Furlong for a while.
On October 25, 1998, Frye married Jason Goldberg, who makes TV shows. They were lucky to have three kids. In August 2005, their first child, Poet Sienna Rose, was born. In March 2008, another daughter named Jagger Joseph Blue was born.

In February 2014, the couple had their third child, a boy named Lyric Sonny Roads.

Frye became the Senior Vice President of Webstation.Com, which she also owned 33% of.