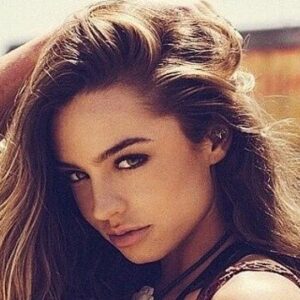 Sommer Ray is a bikini athlete, model, and social media star from the United States. She has a large internet fan base and has won multiple bodybuilding and fitness competitions. Sommer’s parents have also been linked to bodybuilding. She is very active on social media, where she often shares fitness and bodybuilding-related information. Sommer has her own ‘YouTube’ channel where she provides her workout tips. She is a member of the ‘Clout Gang,’ a group of well-known “YouTubers.” Her ‘Instagram’ page is full with jaw-dropping selfies that have wowed millions of fans. Sommer’s internet celebrity has, however, resulted in a few issues.

Sommer began her fitness career when her family moved to Lone Tree, Colorado, when she was 15 years old. Her father guided her through all aspects of fitness, bodybuilding, and routines. She began with weight-lifting workouts in her basement gym, which she had put up. It only took her a year to have the body she needed to compete in bikini competitions. She earned two prizes in the categories of ‘Bikini Class D’ and ‘Bikini Teen’ at the 2015 ‘NPC Colorado State Championship.’ She finished 16th in the ‘NPC USA Championship’ that same year.

Sommer began her social media career the following year by sharing photographs and videos on ‘Instagram.’ Sommer became an internet star after her breathtaking photographs went viral. Sommer celebrated her 15 million ‘Instagram’ followers by producing a “twerk” video. She had, however, established her internet profile much earlier, in 2013, when she posted a few amusing videos on ‘Vine.’

‘Sports Illustrated’ named Sommer the “Lovely Lady of the Day” in 2016. Sommer eventually changed her mind and opted to pursue a career as a bikini model. Her diet and fitness program have been drastically altered. Sommer was told to eat more lean meats, green vegetables, and fruits. She was also required to reduce her calorie consumption. Her lower-body workout routine was more intense.

Sommer built her beautiful bikini body after several months of intense workouts and low-carb meals. Several swimwear firms approached her and asked her to model for their campaigns. Sommer was recruited as a bikini model by ‘Myokore,’ a bungee accessory manufacturer. Sommer also has a ‘YouTube’ channel where she posts fitness and workout videos. She also includes music videos, challenges, and pranks in her amusing content. ‘Q&A with Sommer Ray,’ ‘Life of Sommer Ray,’ ‘God Church Music Video | BEHIND THE SCENES,’ ‘Getting ready with Sommer Ray!,’ ‘Touch My Body Challenge w/ Alissa Violet,’ and ‘PICKING UP MY NEW CAR,’ are some of her most popular videos on the channel. Over a million people have subscribed to the channel. Sommer is also a member of the ‘Clout Gang,’ a prominent “YouTuber” collective. She’s also participated in the ‘Wild ‘N Out’ sketch comedy series on MTV. Sommer also has her own clothing line, which she sells on her personal shopping site.

Sommer has created a reputation for herself as a bikini athlete and a viral hit on the internet. Her exquisite photographs, which are widely available on the internet, have, however, landed her in a slew of issues. Sommer has been accused of using social media to draw attention to herself. Some of her detractors once said that sharing images of herself in revealing clothing was a simple method for her to make money. Sommer responded to the hate comments with a video in which she stated that she had no remorse for what she done and that she was the one who paid her expenses.

Sommer was dragged back into the spotlight after her ‘YouTube’ video editor Soloin made a video protesting about not being paid. The issue was eventually rectified.

Sommer was born in Larkspur, Colorado, on September 15, 1996. Shannon Ray’s father and mother were both professional bodybuilders. Shannon has also worked as a model on Instagram and as a beauty blogger. Sommer is of mixed ancestry, as her mother is Czech and her father is an adoptee. Savana, Sommer’s older sister, and Skylyn, Sommer’s younger sister, are also social media celebrities. Bronson is the name of their other sibling. Sommer spent the majority of her youth relocating to several locations due to her parents’ jobs. The Ray family, on the other hand, eventually settled in Lone Tree, Colorado.

Sommer’s workout session involves a high rep range of 12 to 15 repeats per set, which aids in the maintenance of her lower body. She squats to improve her physical strength, as she appears to trail behind most other female fitness icons in the world on this front. Sommer isn’t a big fan of cardio because she has a fast metabolism.

Sommer was said to be dating Bryan Le, better known as “RiceGum,” a “YouTuber.” They were later accused of fabricating the relationship in order to increase audience for their channel and ‘Clout Gang.’ Sommer has also dated Max Ehrich, a model and former star of ‘The Young and the Restless.’ The relationship is said to have started in August of 2017. When they began to appear together in public, the rumor began to spread. They were seen together at the premiere of ‘Happy Death Day’ at Universal Studios in Hollywood. Sommer had met Max through a mutual friend, actress Bella Thorne. Eduardo Isaiah Chacon is Sommer’s current boyfriend.

Sommer Ray has a net worth of $8 million.