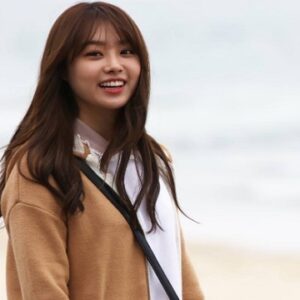 Ji-eun Song is a South Korean singer and actress who has been on television. She is one of three current members of the all-girl group ‘Secret,’ and goes by the mononym Jieun. Her passion for music began at a young age, leading to a successful audition with JYP Entertainment. Song was supposed to be a member of JYP’s own K-pop group, but the plan was scrapped, and she went to TS Entertainment instead. When ‘Secret’ was founded in 2009, she excelled under her new talent agency and was featured as the lead vocalist. While the trio did not have much success at first, all changed in 2010 when the chart-topping singles ‘Magic’ and ‘Madonna’ were released. The members of the group gradually established a “girl next door” image in the Korean entertainment industry. They’ve released two studio albums, toured Japan and Singapore, and received numerous accolades. Jieun is also a solo performer, having recorded a number of singles and singing for major drama OSTs. For her debut Extended Play (EP), ’25,’ she was nominated for a Seoul Music Award in the Bonsang category in 2015.

Song sang ‘Learning to Fly’ for the OST of ‘Air City’ in 2007, ‘Bichunmooga’ for the OST of ‘Bichumoo,’ and ‘Perfume’ (ft. PK Herman) for the OST of ‘The Lawyers of the Great Republic Korea,’ all while at JYP. Her decision to join TS Entertainment proved to be far more fruitful. She had singing and dance lessons as a trainee and was later grouped with three other girls, Jung Hana, Jun Hyoseong, and Hun Sunhwa (left the group in 2016). TS Entertainment made a statement in September 2009 announcing the name of their new four-member female group, ‘Secret,’ and their plans to debut them in October 2009. ‘Secret Story,’ a documentary show produced by the talent agency, tracked their individual journeys and the debut process.

On October 13, 2009, the group’s first single, “I Want You Back,” was released. Song partnered with Hwanhee on the tune ‘Yesterday’ in the same year. Despite considerable promotion, neither the song nor the group garnered widespread acceptance. But the success of ‘Magic’ and ‘Madonna’ back-to-back in 2010 delivered all of that and more. The latter took the top spot on the Gaon Digital Chart, while the former came in second. In 2010, Jieun and her band were awarded the Newcomer Award at the 25th Golden Disk Awards. In the same year, she made her acting debut in a cameo appearance on MBC’s ‘More Charming by the Day.’

The group released the single ‘Shy Boy’ on January 6, 2011. Kang Jiwon and Kim Kibum wrote and produced the song, which sold over 2 million digital downloads in South Korea within a year. On October 18, they released their debut full-length album, ‘Moving in Secret.’ Eight months later, on August 22, 2012, Sony Music Entertainment Japan published their second album, ‘Welcome to Secret Time.’ Only after ‘Shy Boy’ became a youth anthem did her solo career actually take off. She made a solo comeback in 2011 with the song “Going Crazy,” which was released on March 3, 2011. The song, which also features Bang Yong-guk of B.A.P, was her first top-ten Gaon Chart entry as a solo artist.

LOEN Entertainment published her debut solo album, ‘Hope Torture,’ on September 30, 2013. The album, which had three songs, ‘Vintage,’ ‘Hope Torture,’ and ‘Date Mate,’ reached #6 on the Gaon Album Chart. In 2014, she released her first EP, ’25,’ and made her acting debut in the online drama ‘Longing for Spring.’ Song appeared in tvN’s fantasy youth comedy ‘The Superman Age,’ as Lee Yeo-ri in the web series ‘Immutable Law of First Love,’ and in KBS2’s drama ‘Sweet Home, Sweet Honey’ in 2015. On September 20, 2016, she released her second EP, ‘Bobby Doll.’ Her most well-known role to date was Lee Yoo-mi on OCN’s ‘My Secret Romance’ in 2017.

Song Ji-eun was born in Seoul, South Korea, on May 5, 1990. Her father and mother, Kwon Jeong-im, had only one child. JYP hired her because of her childhood passion for singing and music. She was trained for an all-girl group under the agency alongside future SISTAR member Hyolyn (Kim Hyo-jung) and future EXID member Hani (Ahn Hee-yeon). However, the plan did not work out, and the girls were eventually released. Fans and media outlets have speculated on a possible real-life romance between Jieun and her co-star in the show, Sung Hoon, based on their heated on-screen chemistry in ‘My Secret Romance.’ The fact that they were seen flirting behind closed doors simply added fuel to the flames. However, neither actor has confirmed or denied anything.

In the years 2020-2021, her net worth increased dramatically. So, at the age of 31, how much is Song Ji-eun worth? Song Ji-eun makes the majority of his money as a popular singer-songwriter. She is a South Korean woman. Song Ji-net eun’s worth is believed to be $5 million.

‘Secret’ gained the moniker “basement idols” due to the harsh living conditions they faced in their early years.