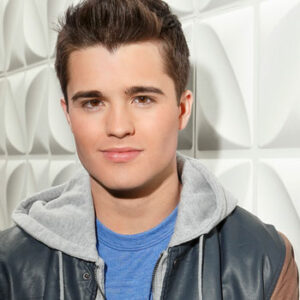 Spencer Thomas Boldman is an actor from the United States who is best known for his role as Adam Davenport in the Disney XD series ‘Lab Rats.’ Boldman rose to fame and fortune as a result of the show, which lasted four seasons. After playing Bryce Johnson in the film ‘I’m the band,’ he became more well-known. He’s also recognized for his roles in ’21 Jump Street,’ ‘Zapped,’ and ‘Jessie,’ alongside Channing Tatum and Jonah Hill. In 2015, Boldman began collaborating with Emily Ratajkowkski on the film ‘Cruise.’ Spencer is a fantastic singer who has been a teen idol since his days as a member of the Lab Rats. He is a true foodie who enjoys experimenting with new recipes. Spencer is a true gentleman who believes in spending quality time with others. Spencer is an outgoing person who enjoys trying new things. While on tour with Olivia Holt in Australia and New Zealand, he took part in a variety of activities.

Spencer Thomas Boldman was born and raised in the small town of Plano, Texas, near Dallas, on July 28, 1992. He is of German, Irish, English, and Scottish ancestry.

Along with his brother, Jake, he attended and graduated from Plano East Senior High School. He enrolled in an advanced placement English class and began acting in high school theatre productions.
He and his family relocated to Los Angeles in order to pursue acting careers.

Spencer began performing when he was in high school. When he played the lead part in his high school’s production of A Midsummer Night’s Dream, he discovered his passion for acting.

He relocated to Los Angeles from his birthplace of Plano, where he landed many television assignments and had brief appearances on prominent shows such as ‘I’m the Band.’

He auditioned for and recorded two Disney pilots before making his debut in 2009 as Nate in the Disney Original Series ‘iCarly.’

In 2009, he co-starred with China McClain in the television film “Jack and Janet Save the Planet.”
Boldman later starred opposite Channing Tatum and Jonah Hill in the 2011 action comedy picture 21 Jump Street. In the school production, he played French Samuels, a minor character who serves as the understudy for Peter Pan.

In the years that followed, he appeared in a number of films. In the Disney film Zapped, he starred alongside Zendaya.

Spencer played Bryce in the 2014 film ‘Dakota’s Summer,’ a sequel to the 2012 film ‘Cowgirls ‘n Angels.’ The film tells the narrative of a young woman who, after 18 years, discovers the secrets of her origin.

He was cast in the part of Gio Marchetti alongside Emily Ratajkowski in the romance film Cruise, which takes place in the 1980s, in 2015.

Spencer starred in the Disney television series Lab Rats as Adam Davenport. From February 27, 2012, through February 3, 2016, it broadcast on DisneyXD. The story revolved around Leo Dooley, who meets three bionic superhumans named Adam, Bree, and Chase and becomes a close friendship with them.

In 2012, he appeared in the comedy film ’21 Jump Street,’ which also starred Channing Tatum and Jonah Hill. He spent the most of his scenes with Jonah Hill and Chris Parnell, two performers who have had a tremendous influence on him.

He featured alongside Zendaya in the Disney Channel Original Movie “Zapped” in 2014. In the film, he portrayed Jackson Kale, Zendaya’s love interest. The story centred around a man-controlling app. The debut drew 5.7 million viewers, making it one of the most watched cable shows ever.

He was supposed to be dating Kelli Berglund, his Lab Rats co-star. She plays Bree Davenport in the series and is an actor, singer, and dancer.

When Spencer began dating Debby Ryan, an actress, singer, songwriter, and musician, rumors about their relationship began to disappear. After a while, they broke up for unclear reasons.
He is now unattached and intends to concentrate on his career.

He is believed to have an incredible voice, yet he is afraid to sing in front of others.
Jack, his golden retriever, is also his pet.

His favorite books are Mobey Dick and The Great Gatsby, and Leonardo DiCaprio is his ideal co-star.