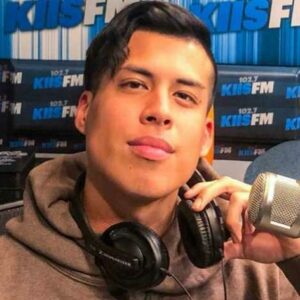 Spencer X is a popular You Tube and TikTok video creator as well as a professional beatboxer. Across many social media platforms, he is known for making original music, produced tracks, and comedy recordings. He developed an interest in beatboxing while in high school and went on to play both alone and with other bands. Simultaneously, he began uploading his videos to YouTube, where he quickly garnered popularity. But it wasn’t until he joined TikTok that his popularity skyrocketed. His success on the site can be gauged by the fact that he was named one of TikTok’s seven highest-earning stars by Forbes in 2020. He has toured with several musicians and played on stage with them at various events as a beatboxer. He intends to perform at the Super Bowl and aspires to be the first big-time beatboxer.

Spencer X began performing and joining hip-hop clubs while still in high school. Later, he began busking in Union Square and performing with a capella quintet, bluegrass band, and Russian rock band, among others. Simultaneously, he started his YouTube account in order to attract a larger audience. A few of his films, such as One beatboxer, 20 soundeffects, were incredibly successful and led to further employment for him. Today, the video has received over 8.8 million views. Apart from that, the channel’s most successful video, One Beatboxer, 12 Animojis, which was uploaded in February 2019, has had over 20 million views. It also includes music videos for Be Somebody and Water, among other tracks. On his channel, which has over 2.68 million subscribers, he usually broadcasts videos about beatbox challenges and tutorials.

Spencer X made his TikTok debut in 2019 and relocated to Los Angeles. On his account @spencerx, he began posting music with original sounds, produced tracks, and hilarious sketches. He also used TikTok’s streaming feature to raise thousands of dollars. Brand deals began to come his way soon after. The first was Nickelodeon, which was followed by Oreo, Sony, Chips Ahoy, Sketchers, and HBO, among others. His TikTok account now has 54.3 million followers. Spencer X and a few other select influencers will earn money from TikTok’s $2 billion Creator Fund in 2020, according to the platform. He was also named to Forbes’ initial list of TikTok’s 7 Highest-Earning Stars in the same year.

Spencer X has worked with a number of other musicians on his projects. Lopez Brothers,, and other TikTok stars are among them. He’s done a number of tours and events, including Vans Warped Tour, Bumbershoot Festival, and the 116th Street Festival. In addition, he has shared the stage with musicians including as Kendrick Lamar, The Filharmonic, Dead Prez, Rahzel, and Doug E. Fresh. He has also performed for well-known companies such as Citibank, Pepsi, Coca-Cola, Vans, Yelp, and Saks Fifth Avenue.

He is also active on other social media sites like YouTube and TikTok. He has over a million followers on his Instagram account @iamspencerx. His art has garnered him a great deal of attention and acclaim. In the East Coast Beatbox Battle, he placed in the top 16 and went on to win Vice Champion at the Midwest Beatbox Battle in Ohio. In the Breakout Creator category of the 2020 YouTube Streamy Awards, he was nominated. He’s also been featured in The Village Voice and USA Today, among other media. He’s partnered with You Tube, B&H, Thread Beast, and Hint Water, and is sponsored by Monster Energy and Break Free Worldwide.

Spencer Polanco Knight, better known as Spencer X, was born in Manhattan, New York, on April 20, 1992. He is of Chinese and Ecuadorian ancestry, with his father being an Ecuadorian immigrant to the United States and her mother hailing from a Chinese household. His father is a tennis coach, while his mother is a Board of Education employee. Gigi is his younger sister.

As a child, he was a highly communicative child, and his parents exposed him to a wide range of experiences. His father intended him to be a tennis player, but after a high school buddy exposed him to beatboxing, he chose to pursue it as a career. He received his education at The Beacon School and Hunter College. He studied physics for a year and a half at Purchase College before enrolling at City University of New York to study mathematics; however, he dropped out before finishing to focus on beatboxing.