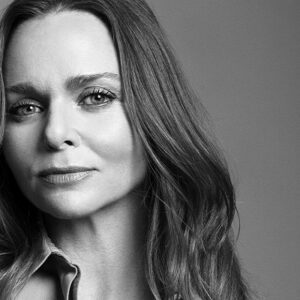 Stella Nina McCartney is a British fashion designer who owns the ‘Stella McCartney’ label. She has 17 standalone boutiques in Manhattan’s Soho, London’s Mayfair, Los Angeles’ West Hollywood, Paris’ Palais Royal, Barcelona’s Passeig de Gracia, and Milan, as well as new outlets in Rome and Miami. McCartney, one of the most well-known fashion designers in the world, was born into a wealthy and well-known family; her father, Sir Paul McCartney, is a former bassist with the famous band ‘Beatles,’ and her mother was a well-known photographer. Despite the fact that her family was wealthy, she grew up in the countryside of England. She has had a passion for fashion design since she was a child, and she designed her first piece of clothing when she was 13 years old. McCartney’s fashion career took off once she was named Creative Director of ‘Chole.’ She went on to have economic and critical success after that, and in the early 2000s, she launched her own brand. She is the type of designer who wants to be known not just among the wealthy, but also among the general people, which is why she has collaborated with more budget companies such as ‘H&M,’ ‘Adidas,’ and others. McCartney is a principled individual who opposes the usage of animal skin in the fashion industry and is a major supporter of PETA.

Stella McCartney was born in Lambeth, London, on September 13, 1971, to Sir Paul and Linda McCartney. Her father was a former member of the ‘Beatles,’ and her mother worked as an American photographer.

McCartney was born into a wealthy family and grew up in a privileged environment. Her parents, siblings, and half-siblings spent the most of her youth traveling throughout the world with her. Despite the fact that she came from a wealthy family, she was sent to East Sussex’s public schools. She went on to Central St. Martins College of Art and Design after that.

McCartney debuted in the fashion world in 1995 with her first collection of feminine, curt, and in-vogue pieces. At her graduation, she asked supermodels Naomi Campbell and Kate Moss to model her collection. Her show became extremely well-known in the media, with every major English newspaper covering it. ‘Tokio,’ a London store, bought her entire collection. Her designs were licensed to companies like as ‘Browns,’ ‘Neiman Marcus,’ and ‘Joseph,’ among others.

McCartney was hired as the head designer for the fashion house ‘Chloe’ in Paris, France, two years after graduating from London’s Central St. Martins College of Art & Design.

Karl Lagerfeld, the famed German designer, was first suspicious of McCartney’s fashion talent and chastised ‘Chloe’s’ decision to choose her as creative director, but she grew in popularity and critical acclaim at the fashion house over time.

McCartney decided it was time to start her own fashion brand in 2001, and she did so in Paris with her debut collection. She now owns 17 of her brand’s outlets spread all over the world.
McCartney released her debut perfume, ‘Stella,’ a few years after founding her company, and her Adidas joint venture line in 2004. It consists of a women’s athletic performance range.

In 2004, she designed clothing for Madonna’s world tour. She also designed the costumes for Jude Law and Gwyneth Paltrow in ‘Sky Captain and the World of Tomorrow,’ as well as Annie Lennox’s summer tour.
She established a line of apparel and accessories for ‘H&M’ in 2005 in order to achieve more popularity among the general public and create more inexpensive designs. She also announced the release of a limited edition for 100 retailers in Australia.

In 2007, she expanded her fashion industry to include cosmetics by creating the ‘CARE’ skincare line. It’s a limited-edition organic range with seven carefully chosen goods. She began her lingerie line the next year.

In 2010, McCartney revealed that she would collaborate with Disney on a ‘Alice in Wonderland’-inspired jewelry collection. Adidas also named her as Team Great Britain’s Creative Director for the 2012 Olympics.

McCartney’s most well-known work is her collaborations and tie-ups, which she did to make her brand more accessible to the public, such as her work with ‘H&M,’ ‘Adidas,’ and as the Creative Director for Team GB at the 2012 Olympics.

McCartney’s wedding gown was an upgraded replica of her late mother’s wedding gown.
Her father, Paul McCartney, and his second wife Heather Mills welcomed her half sister in 2003.
In 2011, she walked the runway at the ‘The Brandery’ fashion show in Barcelona.
Madonna’s wedding gown was designed by her for her 2003 marriage to Guy Ritchie.
Karl Lagerfeld publicly stated, while criticizing McCartney’s appointment as Creative Director in ‘Chole,’ that “Chloe should have gone with a well-known name. They did, but not in fashion, but in music. Let’s hoping she has the same talent as her father.”

McCartney is a vegetarian who avoids using leather or fur in her creations. She is a member of PETA.