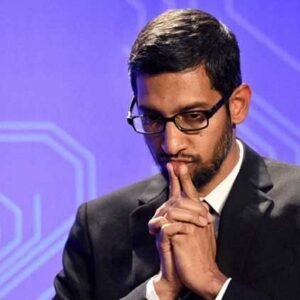 Sundar Pichai is the current CEO of Google Inc. and a computer engineer. Google, a technological business that specializes in Internet-related services and products, underwent a major corporate restructuring in 2015, after which Alphabet Inc was established as its parent company, with Larry Page as CEO and Sergey Brin as President. Pichai, who formerly served as Google’s head of Products and Engineering, has been named the company’s new CEO. Google is Alphabet Inc’s largest subsidiary. Pichai joined Google as a product manager in 2004 and led the innovation efforts for several of Google’s products, including Google Chrome and Chrome OS, both of which were hugely successful. He eventually progressed through the ranks of Google, taking over the management of other Google products such as Gmail and Google Docs. Pichai, who was born in Chennai, India, was intelligent and imaginative from an early age. He worked in engineering and product management at Applied Materials and management consulting at McKinsey & Company before joining Google. He obtained his education from some of the world’s most respected schools. Pichai is well-liked by his coworkers, who refer to him as “the man behind Google’s most essential products.”

Pichai Sundararajan was born in Madurai, Tamil Nadu, India, on July 12, 1972. Regunatha Pichai, his father, worked as an electrical engineer for the British corporation GEC and oversaw an electrical component manufacturing. Before having children, his mother worked as a stenographer. He only has one sibling.
Pichai was a talented student who grew up in a middle-class family. At Padma Seshadri Bala Bhavan, he excelled academically and was accepted into the Indian Institute of Technology in Kharagpur, one of India’s most prominent engineering institutes.
He received his B.Tech in Metallurgical Engineering from IIT Kharagpur before winning a scholarship to Stanford University to study materials science and semiconductor physics, where he eventually earned his M.S.

Initially, he intended to obtain a Ph.D. from Stanford and pursue a career in academia. He quit university, though, and went to work as an engineer and product manager for Applied Materials, a Silicon Valley semiconductor company. He was only there for a short time.
He went on to earn his MBA from the University of Pennsylvania’s Wharton School in 2002, where he was recognized a Siebel Scholar and a Palmer Scholar.
He was hired as a management consultant at McKinsey & Company after completing his MBA.
In 2004, he joined Google. He started off as part of a small team working on Google’s search toolbar. The toolbar provided easy access to Google search for Internet Explorer and Firefox users.
He also worked on Google Gears and Google Pack, among other Google projects. Pichai was inspired by the popularity of Google’s toolbar to create his own browser. When he presented his proposal to his superiors, he was met with opposition from then-CEO Eric Schmidt, who believed that developing a browser would be too costly.
Pichai, on the other hand, persisted in persuading Google’s co-founders, Larry Page and Sergey Brin, to launch their own browser. Pichai was a key figure in the 2008 launch of Google Chrome, the company’s browser. Chrome was a huge hit because it allowed users to access Google’s search engine directly.
Following the extraordinary success of Chrome, Pichai became an internationally recognized personality, overtaking competitors such as Internet Explorer and Firefox to become the world’s No. 1 browser. Chrome opened the door for a slew of other noteworthy products, including Chrome OS, Chromebooks, and Chromecast.
Pichai was appointed Vice President of Product Development in 2008. He began to appear more frequently at Google presentations while in this capacity, and he continued to rise up the ranks at Google. He was promoted to Senior Vice President of Chrome and Apps in 2012.
Andy Rubin, the developer of Android, quit in 2013 to focus on a new project. Pichai was then given control of Android by Larry Page. His influence grew, and in October 2014, he was promoted to Product Chief. In 2015, Google launched Alphabet Inc. as a holding company and conglomerate to own Google’s previously owned businesses, including a new “slimmed down” version of the corporation itself. Sundar Pichai was designated Google’s next CEO on August 10, 2015.
He received 273,328 shares of Alphabet, Google’s holding company, in February 2016, increasing his net worth. These shares were valued at $199 million, bringing his total holdings to $650 million.

Sundar Pichai, an engineering prodigy noted for his inventive ideas, is best known for being the brains behind the debut of Google’s Chrome browser in 2008. He was instrumental in persuading his Google superiors to launch the browser, which went on to become the most popular browser on the internet and spawned the Chrome operating system.

He is the father of two children and married to Anjali Pichai.

Sundar Pichai’s net worth is estimated to be $1.2 billion.