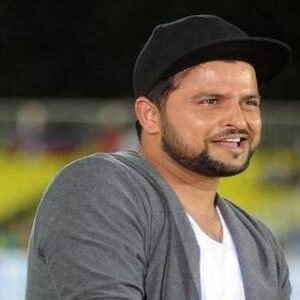 Suresh Raina is an Indian professional cricketer who has established himself as a key performer in the game’s limited-over formats. He was a part of the Gujarat Lions of the Indian Premier League (IPL). He now plays for Chennai Super Kings in the IPL and has previously spent eight seasons with the team. For his first IPL squad, CSK, he has never missed a match. He is a great T20 player, as seen by his extraordinary consistency in the IPL, where he scored the most runs in the competition’s history. As a result, even when he is not in the Indian ODI or Test teams, he is frequently asked to reinforce the Indian T20 side. His success in Test and ODI forms, on the other hand, has been erratic to say the least. Despite attracting attention early in his career for his outstanding local performance, he has been unable to reproduce that success on a global scale. Nonetheless, he has proven his worth as a lower-middle order batsman, a fantastic fielder, and an occasional spinner on numerous occasions, and he played a key role in India’s second World Cup victory in 2011.

Suresh Raina was born in Muradnagar, Ghaziabad, Uttar Pradesh, where his father, retired military officer Trilok Chand, had relocated. His father is a Kashmiri Pandit from Rainawari in Jammu & Kashmir, while his mother is from Dharmashala in Himachal Pradesh.
Dinesh Raina, Naresh Raina, and Mukesh Raina are his three older brothers, while Renu is his older sister. Dinesh, Suresh’s eight-year-old brother, is a schoolteacher.

Suresh Raina decided to focus on cricket at the age of 14 and relocated to Lucknow to join Guru Gobind Singh Sports College, a specialty government college. By 2002, he was captain of the Uttar Pradesh U-16 team, which drew the attention of national selectors, who appointed the 15-year-old child to England’s U-19 team.
As a member of the U-19 team, he hit a pair of half-centuries and was selected for the U-17 team’s tour of Sri Lanka in late 2002. At the age of 16, he made his Ranji Trophy debut against Assam in February 2003, playing only one match.

In late 2003, he was nominated to the U-19 team for the Asian ODI Championship in Pakistan, as well as the 2004 U-19 World Cup, when he struck three half-centuries. His outstanding performance earned him a Border-Gavaskar scholarship to train at the Australian Cricket Academy in Adelaide.

In the Ranji Trophy one-day event in January 2005, he made his List A debut against Madhya Pradesh and scored 94 on debut in the Deodhar Trophy, accumulating 645 runs in 15 matches. In March, he was named for the Board President’s XI against Pakistan in Dharmasala, and in April, he scored 865 runs in 12 matches for Astley & Tyldesley Cricket Club in the Lancashire League.

After a disappointing performance in the ODI series against South Africa, he was omitted from the squad at the end of 2006. In the 2008 IPL, he was bought for $650k by Chennai Super Kings and finished with 421 runs, including three fifties.

His T20 achievements were recognized, and he was recalled to the Indian team for the 2008 Asia Cup, where he performed admirably. This time, he took advantage of the opportunity to solidify his spot on the squad, despite the fact that he had to settle for lower-order due to the strong top-order lineup.

He was called into the Indian Test team for the second Test during South Africa’s tour to India in 2010 due to his outstanding performance in limited-over contests. Despite not being named in the playing XI for that match, he scored a century on his debut against Sri Lanka on July 26, 2010.

After averaging 28 in 16 Tests, his weakness against short deliveries was exposed during the England Test series in 2011. He was dropped from the Test squad. His ability to play rapid knocks and perfect fielding, on the other hand, made him an important member of the ODI and T20 teams.

In the World Cup 2011 quarter-final and semi-final, he scored 34 not out against Australia and 36 not out against Pakistan, which were essential for India’s title win. He was also lauded for his match-winning performance against Sri Lanka in 2012 and England in 2013, in which he scored four consecutive half-centuries.

In November 2013, he struggled to bat well against the West Indies, but he made up for it with his fielding and part-time bowling. While he was able to win a spot in the Indian team for the travels to South Africa and New Zealand, his poor performance led to his exclusion from the Asia Cup squad.

Following his IPL success, he was recalled to the team for the 2014 Bangladesh trip, where he captained India to a series victory when skipper M.S. Dhoni was rested. He then went on to score a match-changing 75-ball century in England, which set the tone for India’s 3-1 series victory.

He played well in the 2015 World Cup, but was withdrawn from the ODI team following a bad performance against South Africa in October 2015. He was named captain of the Gujarat Lions team following CSK’s suspension.

Suresh Raina is the first Indian batsman to reach the century mark in each of the game’s three formats.
With 4540 runs, he is the leading run scorer in the IPL and the only player to score over 400 runs in each of the last seven seasons.

On April 3, 2015, Suresh Raina married his childhood friend Priyanka Chaudhary. The marriage was arranged by their mothers while he was in Australia for the Cricket World Cup, despite the fact that they were from the same town and knew each other as youngsters.

Gracia Raina, their daughter, was born on May 14, 2016 in Amsterdam, the Netherlands. He and his wife announced the formation of the Gracia Raina Foundation, a non-profit organization that promotes the well-being of poor mothers and their children across the country, on the occasion of her first birthday.

Suresh Raina’s Net Worth is about US $25 million.

Suresh Raina sang the Bollywood song ‘Tu Mili Sab Mila’ from the film ‘Meeruthiya Gangster’ in September 2015. In January 2018, he sang the song ‘Bitiya Rani’ on behalf of his wife’s radio show, ‘The Priyanka Raina Show,’ to promote support for girls.