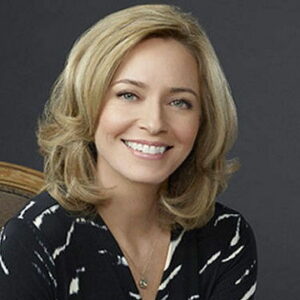 American actress Susanna Thompson rose to fame for playing the Borg Queen in the television show “Star Trek: Voyager.” She gained notoriety for her three-year stint as Karen Sammler in the television series “Once and Again,” in which she portrayed the role. She caused controversy by participating in one of television’s first same-sex kisses in her portrayal as Dr. Lenara Kahn in the “Star Trek: Deep Space Nine” episode “Rejoined.” She began her acting career in theater before branching out into television and movies. She has since appeared in a number of films and television shows. For her performance in the play “A Shayna Maidel,” she was given a Dramatic Award. The San Diego Critics Circle also nominated her for Best Actress for her performance in the movie “Agnes of God.”

Susanna Thompson started her career in theater, appearing in a number of plays. She was nominated for Best Actress by the San Diego Critics Circle for her performance in the 1985 Norman Jewison-directed mystery-drama movie “Agnes of God.” She won a Dramatic Award in 1987 for her performance as Luisa in the play “A Shayna Maidel,” which explores the horrors of the Holocaust and sisterhood, family, and faith in great detail.

She made two television appearances in 1992: as a receptionist in “A Woman Scorned: The Betty Broderick Story” and as Christine in “Calendar Girl, Cop, Killer?” The Tale of Bambi Bembenek. In 1993, she appeared in the films “Slaughter of the Innocents” and “Ambush in Waco: In the Line of Duty.” In the early 1990s, she made appearances on television in two episodes of “Civil Wars,” two episodes of “Star Trek: The Next Generation,” “Bodies of Evidence,” and “The X-Files.”

She appeared in eight episodes of “NCIS,” an action police procedural drama about a group of special agents from the Naval Criminal Investigative Service who look into crimes affecting the US Navy and Marine Corps, from 2006 to 2015 in the recurring role of Lt. Col. Hollis Mann.

She also appeared as Judith Webster in the NBC drama series “The Book of Daniel,” as Janice Cooper in the crime drama “CSI: Crime Scene Investigation,” and as Cynthia Neuwirth in the television drama “Without a Trace,” which is a police procedural drama that follows the cases of the FBI’s missing persons unit in New York City. She appeared as Shirley Burrell in “American Pastime” and Elaine Tanner in “The Gathering” in 2007.

She was chosen to play Jamie in the movie “Unbanded” in 2012. She appeared as Moira Queen in the superhero television series “Arrow” that year. It was created by writers/producers Greg Berlanti, Marc Guggenheim, and Andrew Kreisberg, and it was based on the superhero and costumed crime fighter Green Arrow from the DC Comics. From 2012 to 2017, Susanna made an appearance in 41 episodes of the show.

She was given the role of Carolyn Preston in the science fiction drama series “Timeless,” which debuted on NBC on October 3, 2016. Susanna made an appearance in 16 episodes of the show, which chronicles the exploits of historian Lucy Preston, researcher Rufus Carlin, and soldier Wyatt Logan as they attempt to thwart Garcia Flynn’s attempts to use time travel to alter the course of American history.

One of the wealthiest and most well-known celebrities is Susanna Thompson. Susanna Thompson’s net worth is estimated to be $1.5 million based on our research and information from sources like Wikipedia, Forbes, and Business Insider.