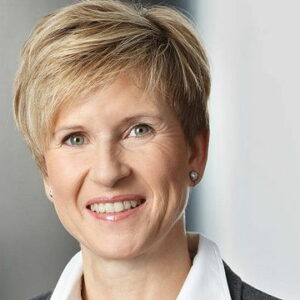 Susanne Klatten is a German heiress and businesswoman who is now Germany’s wealthiest woman. Klatten is the daughter of Herbert Werner Quandt, a legendary businessman, and his industrialist wife, Johanna Maria Quandt, who controls a little more than 19 percent of BMW. Following her father’s death, she also became the largest shareholder in her grandfather’s pharmaceutical and chemical company, Altana AG. Klatten is involved in a number of other commercial initiatives in addition to being on the boards of both the automobile and pharmaceutical companies. She owns stock in the German turbine manufacturer Nordex, the German graphite manufacturer SGL Carbon, the Dutch biotech firm Paques, and the used oil recycling firm Avista Oil.

Susanne Klatten is the daughter of Herbert Werner Quandt, a German entrepreneur and industrialist, and Johanna Maria Quandt. Her father is credited with saving the German motor company BMW from bankruptcy and turning it into a lucrative operation. Herbert Quandt left Susanne his 12.5 percent ownership in BMW when he died. Klatten joined her brother, Stefan Quandt, on the BMW supervisory board of directors in 1997.

She also has a majority stake in Altana AG, a chemical and pharmaceutical company founded by her grandparents. Her father bequeathed her a 50.1 percent share in the company when he died. Under her guidance, the organization reached new heights and experienced tremendous expansion. The company was also named to the German DAX’s top 30 companies list. In 2006, the business sold its pharmaceutical division to Nycomed, a Norwegian pharmaceutical company, for a reported 4.5 billion euros. This sum was distributed as dividends to shareholders, and the corporation continued to focus on its specialty chemicals sector.

Klatten became the company’s sole owner in 2009, after purchasing the remaining outstanding shares in addition to the 50.1 percent stake she inherited from her father. She was named deputy chairperson of the corporation, which has an annual revenue of somewhat more than $2.5 billion.

Apart from these firms, Klatten has made significant investments in a variety of other ventures. She owns a little more than 8% of SGL Carbon SE, one of the world’s leading manufacturers of carbon goods, and has the option to buy up to 25% more. In addition, she owns about a quarter of the stock in Nordex, a European company that both makes and sells wind turbines. She also has stock in Paques, a Dutch biotech firm, and Avista Oil, a German oil recycling firm.

When Helg Russak Sgarbi, a Swiss conman, blackmailed Klatten about disclosing evidence of the two having an affair, she became embroiled in a dispute. The conman has previously been involved in similar incidents in which he threatened wealthy women in the same way in order to obtain financial gain. Sgarbi and his accomplice, an Italian hotel owner named Ernano Barretta, were quickly apprehended. Barretta allegedly used concealed cameras to film Klatten’s secret meetings with Sgarbi and was assisting Sgarbi in blackmailing her. Sgarbi and Barretta were each sentenced to six and seven years in prison.

Susanne Hanna Ursula Quandt was born in Bad Homburg on April 28, 1962, to Johanna and Herbert Quandt. Stefan Quandt, her brother, works for BMW as a vice chairman of the supervisory board. Klatten got a degree in business finance and spent two years in the early 1980s working for the advertising agency Young & Rubicam. She went on to the University of Buckingham and the Lausanne-based International Institute for Management Development. She went on to work for a number of organizations, including McKinsey & Company, Bankhaus Reuschel & Co., and Dresdner Bank in Germany. Susanne met Jan Klatten during her internship at BMW, where he worked as an engineer. They married in 1990 and are the parents of three children.

Susanne Klatten’s net worth is about $27 Billion.