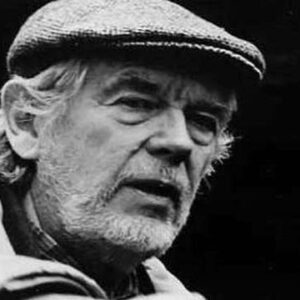 Sven Vilhem Nykvist was a well-known Swedish cinematographer most recognized for his work with Ingmar Bergman, a Swedish director, writer, and producer. Nykvist began his career as an assistant cameraman in the early 1940s and went on to become one of the most important and successful cinematographers of his day. Many in the entertainment business considered him to be one of the world’s greatest cinematographers. He worked on around 120 films with prominent national and international directors such as Ingmar Bergman, Alf Sjöberg, Woody Allen, Richard Attenborough, Philip Kaufman, and Bob Fosse over a five-decade career. He was known for his subtle use of light in his camera work, which boosted the emotional tone of the actors as well as the mood of the scene while maintaining the most natural and simple look possible. He worked on some of Bergman’s best films, including ‘Cries and Whispers’ (‘Viskningar och rope) and ‘Fanny and Alexander’ (‘Fanny och Alexander), for which he received the ‘Academy Award for Best Cinematography’ in 1973 and 1983, respectively. ‘Black Moon,’ ‘The sacrifice,’ ‘The Unbearable Lightness of Being,’ ‘Crimes and Misdemeanors,’ and ‘Chaplin’ are some of the notable films that featured his cinematographic contributions. In 2003, the ‘International Cinematographers Guild’ ranked him among the top ten most influential cinematographers in history.

On December 3, 1922, he was born in Moheda, a town in Kronobergs län in southern Sweden. His parents were Lutheran missionaries who spent years in the Belgian Congo, a Belgian territory in Central Africa.
He and his siblings stayed at a Christian children’s home in Stockholm while their parents were away. Nykvist’s parents returned to Sweden when he was ten years old.

His interest in the visual arts may have been sparked by his father’s activity as an amateur photographer of African animals.
When he was fifteen years old, he bought his first 8mm camera.

In his youth, he was a great athlete, and to improve his athletic talents, he filmed himself doing a high jump, which became his first cinematic endeavor with the camera.

He met numerous pupils at his high school who went on to become prominent theatrical, television, and big-screen characters in Sweden, such as Torsten Lilliecrona, Kenne Fant, and Keve Hjelm.
He spent a year at Stockholm’s ‘Municipal School for Photographers before pursuing a career in film.

In 1941, Nykvist joined the ‘Sandrews studio as an assistant cameraman while still in his teens. While working, the young Nykvist met a number of notable Swedish film figures of the time, including Alf Sjöberg, Lorens Marmstedt, Hasse Ekman, Julius Jaenzon, and Viveca Lindfors.

He moved to Italy in 1943 and joined the ‘Cinecittà Studios in Rome. After a two-year stay in the United States, he returned to Sweden in 1945. He made his full-fledged cinematography debut the same year in Rolf Husberg’s popular film ‘Barnen fun Frostmofjället’ (‘The Children from Frostmo Mountain’).

He worked on several modest Swedish films during the next few years. During this period, he also visited and stayed with his parents in Africa, where he shot wildlife. ‘In the Footsteps of the Witch Doctor,’ a documentary including the animal video he shot, was eventually produced. ‘Under the Southern Cross’ was another name for it.

In 1953, he began a stunning collaboration with famed film director Ingmar Bergman, working as one of three cinematographers on the latter’s film ‘Sawdust and Tinsel.’ In the United States, the film was titled ‘The Naked Night.’

With time, he replaced legendary cameraperson, Gunnar Fischer, as Ingmar Bergman’s full-time cinematographer. During their nearly four-decade creative partnership, the iconic director’s works shifted away from their previous theatrical appearance.

Two of Bergman’s Academy Award-winning films, ‘The Virgin Spring’ (1960) and ‘Through a Glass Darkly,’ was shot entirely by Nykvist (1961).

In Bergman’s psychologically deep picture ‘Persona’ (1966), his sensitivity in capturing close-up shots of human faces and their emotions was innovative.

He collaborated with a number of different filmmakers, including Alf Sjöberg on ‘The Judge’ (1960) and Mai Zetterling on ‘Loving Couples’ (1964).

In addition to being the cinematographer, he directed the Swedish drama film ‘The Ox’ (1991). He also collaborated on the film’s script with Lasse Summanen. The film was nominated for the ‘Academy Award for Best Foreign Language Film’ at the 64th Academy Awards in 1992.

Nykvist was the first European director of photography to join the distinguished ‘American Society of Cinematographers’ (‘ASC’) and was honored with the organization’s ‘Lifetime Achievement Award’ in 1996.

His lengthy and successful career came to an abrupt end in 1998 when he was diagnosed with aphasia and forced to quit the film industry. His most recent collaboration was in Woody Allen’s film “Celebrity” (1998).

For ‘Cries and Whispers’ (‘Viskningar och rope) in 1973 and ‘Fanny and Alexander’ (‘Fanny och Alexander) in 1983, he received the ‘Academy Award for Best Cinematography.’

From 1952 to 1968, he was married to Ulla Söderlind.
Ulrika Nykvist was his future wife.

On August 26, 2000, his son, filmmaker Carl-Gustaf Nykvist, released a documentary about his life called “Light Keeps Me Company,” which featured many of his film industry colleagues.
He died in Stockholm on September 20, 2006.