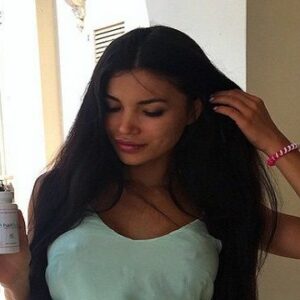 Svetlana Bilyalova is a Russian socialite and model located in Los Angeles, California, who is most known for her social media success, particularly on Instagram, where she has over 5.7 million followers. She frequently publishes photographs of her great physique and workout sessions to motivate her followers, as well as her fitness regimen, nutrition, and exercise routine. She has appeared in numerous bikini and sports magazines as a solo and group model. Additionally, she has sponsored other models on her social media accounts. Despite reports of several plastic procedures, her social media popularity is on the rise. Her internet stardom also helped her land a role in the music video for “Low Life” with singers Future and The Weeknd. She is mainly known for her modeling shots and selfies, but she also occasionally publishes hilarious videos. In January of 2017, she uploaded a video presenting a clever and scientific’ way of determining if someone has silicone implants by using two iPhones. The video quickly got over 2.2 million views.

Svetlana Bilyalova began her social media career on the now-defunct looping video-sharing platform Vine, where she generated humorous videos and amassed a big following before moving on to other social media platforms.

This also helped advance her career as a model, as she began to receive more international assignments. She finally moved to Los Angeles, California with her Russian manager and best friend in order to take advantage of the freshly opened doors of opportunity.

Soon after relocating to the United States, she gained international renown as a model and was offered countless photoshoots. It concluded with her working on the music video for the song “Low Life” by Future featuring The Weeknd, her biggest project to date.

Svetlana Bilyalova dominated the internet mostly by posting racy photos of her remarkable physique on her Instagram account. This inevitably drew unfavorable attention, and some of her admirers quickly unearthed old photos of her, revealing a remarkable change in her body between the old and current photos.

This led to rumors that she underwent a number of cosmetic procedures to enhance her appearance. Fans agree that she now has larger lips, a different nose shape, and an overall bustier and sensuous physique, despite her categorical denial of the assertion.

Svetlana Bilyalova was born in Moscow, Russia on January 13, 1992. She became interested in fashion and modeling at a very young age. She grew up in Russia but relocated to the United States to advance her career after gaining social media recognition. She apparently has a younger sister named Anna who resides with her.