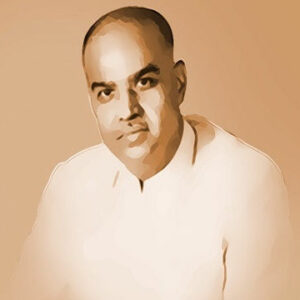 Dr. Syama Prasad Mookerjee, the founder of the Bharatiya Jana Sangh (BJS), the forerunner of today’s Bharatiya Janata Party (BJP), was a daring and outspoken Indian politician who was very vocal about his opinions and what he felt to be proper. He served in Prime Minister Jawaharlal Nehru’s cabinet as Minister for Industry and Supply, but left in protest of the 1950 accord between Jawaharlal Nehru and Pakistan Prime Minister Liaquat Ali. In both countries, the treaty suggested establishing minority commissions and guaranteeing minority rights. He saw the need for a new, more democratic political party and created the Bharatiya Jana Sangh. He was a devout Hindu, though not anti-Muslim, and is regarded as the founder of contemporary Hindu nationalism. He was born into a prominent family, with his father holding a top position in Indian law. He was a brilliant student who graduated first in his English class and went on to follow in his father’s footsteps by pursuing a legal profession. He traveled to England to study to become an attorney, but upon his return to India, he jumped right into politics.

Jogamaya Devi and Sir Ashutosh Mukherjee raised him in an illustrious Bengali household in Calcutta. His father was the Vice-Chancellor of the University of Calcutta and a judge on the High Court of Judicature in Fort William.

In 1917, he graduated from Mitra Institution in Bhawanipore with a Matriculation diploma. He then enrolled at Presidency College in Calcutta, where he received his B.A. in 1921 with first-class honors in English.

Ashutosh urged Syama Prasad to study Bengali Language and Literature at Calcutta University since his father desired his son receive an education in the vernacular language. In 1923, he earned his M.A.

In 1927, he began his legal career as a Vakil before becoming a member of the English Bar. However, rather than being a lawyer, his heart was now set on politics since he wanted to help his country.

His foray into politics was a somewhat quiet one. In 1929, he ran for the Bengal Legislative Council as a Congress candidate for Calcutta University. The next year, he resigned from the Council but was re-elected as an independent candidate.

When the Krishak Praja Party-Muslim League was in power, he joined the Progressive Coalition Ministry led by Fazlul Haq as Bengal’s Finance Minister from November 1941 until December 1942. However, he quickly left and joined the Hindu Mahasabha as a spokesperson for Hindus.

Even though Mookerjee was not anti-Muslim, he wished to safeguard Hindus from the Muslim League’s communal rhetoric. Though his ideas were shattered by the Noakhali massacres in East Bengal, where Muslim mobs slaughtered Hindus, he merely wanted people of all religions to live in peace with one another.

Syama Prasad was named Minister for Industry and Supply in the Interim Central Government by newly appointed Prime Minister Jawaharlal Nehru after India’s independence. He resigned from the cabinet in 1950 after a falling out with Nehru over the Nehru-Liaquat Ali Pact.

He consulted Golwalkar of the Rashtriya Swayamsevak Sangh (RSS) after resigning from the Indian National Congress, and on his recommendation, he founded the Bharatiya Jana Sangh (BJS) on October 21, 1951, and became its first president. The RSS and the BJS shared similar ideologies.

The Hindutva agenda was founded by the BJS, which sought a single civil code covering legal concerns for both Hindus and Muslims. The party also wanted to eliminate the special status granted to Jammu and Kashmir under Article 370 and ban cow slaughter.

Jammu and Kashmir have their own constitution, flag, and prime minister thanks to their special status. No one could visit Kashmir without the consent of the prime minister at the time. According to Dr. Syama Prasad Mookerjee, a single country cannot have two constitutions, two prime ministers, or two flags.

He attempted to enter Kashmir without authorization in 1953 to protest the special status granted to Kashmir and was arrested. During his incarceration, he died in strange circumstances.

He married Sudha Devi Chakravarty, the daughter of Dr. Benimadhav Chakravarty, in 1922. When tragedy struck, the couple had been happily married for 11 years and had five children. His youngest kid died of illness, and his wife died soon after.

The untimely death of his life partner left Mookerjee devastated, and he never married again. His surviving children were raised by his sister-in-law.

He attempted to enter the state of Jammu & Kashmir in 1953 to protest the state’s special status but was captured and imprisoned in a rundown cottage. He became unwell there and was given penicillin despite being allergic to the medicine. Mookerjee died mysteriously on the journey, and no investigation was conducted to determine the cause.

Syama is one of the wealthiest politicians and one of the most popular. Syama Prasad Mookerjee has a net worth of $1.5 million, according to Wikipedia, Forbes, and Business Insider.