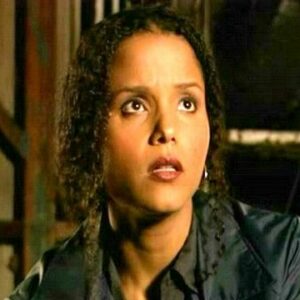 Sydney Tamiia Poitier is an American film and television actress who has appeared in a variety of television dramas and films during her career. She has starred in the television series ‘First Years,’ ‘Abby,’ ‘Joan of Arcadia,’ and ‘Knight Rider.’ She has appeared in the motion pictures True Crime,’ ‘Nine Lives,’ ‘Hood of Horror,’ and ‘Clinical.’ Poitier has also appeared in several important short films, including ‘Page 36’, ‘Yard Sale’, ‘Big Tweet’, ‘Flawed’, ‘The List’, and ‘Blues’. Additionally, she has appeared in the web series Kendra. People Magazine once named Poitier one of the ’50 Most Beautiful People,’ and he now serves as an inspiration for many new actors. Her extraordinary acting ability has won her millions of followers throughout the world. Poitier, who is not active on social media, is a private person who avoids the media most of the time. Nonetheless, she makes it a priority to attend award ceremonies and other events in order to network with others in her field.

The actress then began portraying Abigail Newman in the drama “Abby.” The next year, in 2003, Poitier was cast as Rebecca Askew in the fantasy/family drama ‘Joan of Arcadia’. A year later, she portrayed Veronica Mars in a television series.

Then, in 2007 and 2008, she appeared in the short films “The List” and “Blues.” In 2008, Poitier began portraying Carrie Rivai in the television series ‘Knight Rider’ She acted in the short films Page 36′ and ‘Yard Sale’ two years later. After performing in the 2011 short film “Big Tweet,” the American performer created the web series “Kendra.”

Sydney Tamiia Poitier was born in Los Angeles, California, on November 15, 1973, to former Canadian actress Joanna Shimkus and Bahamian-American actor Sidney Poitier. She has an elder sister named Anika, as well as four half-sisters from her father’s prior relationship: Pamela, Sherri, Gina, and Beverly.

Poitier attended Tisch School of the Arts, where she got a bachelor’s degree in acting. She attended Stella Adler Studio of Acting later on. In terms of her personal life, the actress is married to Dorian Heartsong and has a daughter with him.