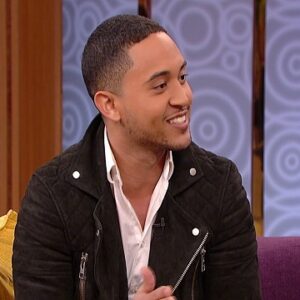 Tahj Mowry is one of the most well-known television actors in the United States today. He was a gifted child who created a reputation for himself in the entertainment industry at a young age. He had his hands full with employment and a resume that included several outstanding guests and recurrent parts even before he turned ten. He began his acting career at the age of four and has since become a talented entertainer. Mowry was out there in front of the camera, picking up roles and acting new characters when toddlers his age were learning to articulate their fundamental wants. He is best known for his appearances as TJ Henderson on the WB sitcom ‘Smart Guy’ and Wade on the animated comedy ‘Kim Possible,’ however, he has performed a range of parts throughout his career. Mowry, who is only 30, has been in over a dozen television shows and several films. He has stated that he aspired to be more than just an actor, as he is not one to be happy with little. With a penchant for singing, he has expanded his artistic horizons even further and began to pursue a singing career. Truly a multi-talented performer!

Timothy John Mowry and Darlene Renee Flowers gave birth to Tahj Mowry on May 17, 1986, in Honolulu, Hawaii. His mother supervised the children’s acting careers while his father served in the army and eventually worked as a custody officer for the city of Glendale Police Department. Tavior has three siblings: twin sisters Tia and Tamera (also actresses) and a brother.

He attended Welby Way Elementary School in West Hills, California, for his elementary schooling. He went on to Pepperdine University in California after that.
Mowry played football at Westlake High School as a kid and subsequently at Savannah State University for a season.

Tahj Mowry made his acting debut in 1990 as Greg, a one-time guest actor on the television series “Who’s the Boss?” He was only four years old at the time.

Despite the fact that Mowry’s debut was as a guest star, it provided him with the break he so desperately needed. Following his appearance in ‘Who’s the Boss?,’ he went on to star in a number of successful sitcoms, including ‘Out All Night,’ ‘Where I Live,’ ‘Aladdin,’ ‘Sonic the Hedgehog,’ ‘What-A-Mess,’ and ‘Timon & Pumbaa.’ His most remembered part was that of ‘Teddy’ in the hit comedy ‘Full House.’

Tahj Mowry debuted in ABC’s blockbuster sitcom ‘Sister, Sister’ in 1994, with his twin sisters Tia and Tamera, in which he portrayed the characters of ‘Cousin Taj,’ ‘Sammy,’ and ‘T.J. Henderson.’
Apart from television, Tahj made his big-screen debut in the 1991 film ‘Rappin’ N’ Rhymin’. ‘Disney Sing Along Songs: Let’s Go To Circus,’ a 1994 film, was his next appearance.

Interestingly, he was already a successful actor with multiple hit shows under his credit when he was offered a role in the Disney sitcom ‘Smart Guy.’ He was the next emerging star of the entertainment industry, with appearances in films, sitcoms, and animated shows.

In Mowry’s early career, the sitcom ‘Smart Guy,’ which launched in 1997, was the most successful. He was cast in the role of TJ Henderson. The show was ended after fifty-one episodes and three seasons owing to a contract disagreement.

Following the popularity of ‘Smart Guy,’ he went on to star in a number of successful sitcoms, including ‘Express Yourself,’ which ran until 2005. He starred in a number of Disney films, including ‘Hounded,’ ‘The Poof Point,’ and ‘Seventeen Again,’ in which he appeared alongside his twin sisters.

He has a vocal role as the computer expert Wade Load in the popular animated television series ‘Kim Possible’ in 2002. Interestingly, he appeared in both of the ‘Kim Possible’ movies that were released during the series’ syndication, including ‘Kim Possible: A Stitch in Time’ and ‘Kim Possible: So the Drama.’
He made a cameo appearance on the Disney Channel Original Series ‘The Suite Life of Zack and Cody’ in 2006. He then appeared as a guest star on ‘Desperate Housewives’ and as a guest presenter on ‘The Real.’

In 2007, he starred alongside rapper-comedian-actor Ice Cube in the film “Are We Done Yet?” as Danny Pulu.
In the family sitcom ‘Baby Daddy,’ Tahj Mowry has played Tucker Dobbs, Ben Wheeler’s best buddy, since 2012.
He wasn’t one to rest on his laurels, so he pushed his artistic horizons even farther. He signed with a label in the late 2000s and began pursuing a singing career in order to explore his passion for singing. He sang ‘Shine Your Light on Me’ for School’s Out! Christmas, ‘Circle of Life’ for the Disney Channel Circle of Stars recording of ‘The Lion King,’ which was included on the Platinum Edition DVD, and ‘Kick It Out’ with Boom Boom Satellites and Flo Rida for a song called ‘Kick It Out.’

‘Flirt,’ Mowry’s debut single, was released in April 2015. Excel Beats was in charge of the production. On August 4, 2015, he published a six-song EP as a follow-up.

Tahj Mowry’s most well-known work to date is ‘Smart Guy.’ The show premiered in 1997 and continued for 51 episodes over three seasons, making it the most popular sitcom in his early career. He was cast as TJ Henderson in the film.

Mowry’s career was on the rise following the tremendous success of ‘Smart Guy.’ His second great break came with his voice role as Wade Load in the animated series ‘Kim Possible.’ ‘Kim Posible: A Stitch in Time’ and ‘Kim Posible: So the Drama’ were two film spin-offs from the sitcom.
He has been a part of the hit Freeform comedy series ‘Baby Daddy’ since 2012. Tucker Dobbs, Ben Wheeler’s best friend, is his character in the family sitcom.

Despite the fact that Tahj Mowry has yet to win an award, he has been nominated for a number of them. He was nominated for the Young Artist Awards twice, once for ‘Full House’ and once for ‘Smart Guy,’ in the categories of Exceptional Performance by a Young Actor Under 10 and Best Performance in a TV Comedy Series: Leading Young Performer.’
For ‘Smart Guy,’ he received two Image Award nominations in the category of Outstanding Youth Actor.

For ‘Baby Daddy,’ he was nominated for a Teen Choice Award in the category of Scene Stealer: Male in 2013 and 2014.

Erica Campo and Tahj Mowry were once married, however, the couple later divorced.

Tahj Mowry has a net worth of $1.5 million as an actor, dancer, and singer in the United States. Tahj Mowry is best known for his portrayal as H.J. Henderson in the hit sitcom Smart Guy. His net worth grew significantly as a result of his role as the charming genius. Mowry seemed to be bound for stardom. His older twin sisters, actors Tia Mowry and Tamera Mowry, who appeared in the hit adolescent sitcom Sister, Sister, handle his children’s careers.