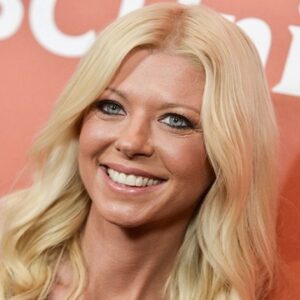 Tara Reid began her career as a child in commercials and gained national attention when she appeared on ‘Saved by the Bell: The New Class’. Although her acting abilities have been questioned, she has undoubtedly acted with élan in the roles she has played. She eventually landed a major role in ‘The Big Lebowski’ as ‘Bunny. The film served as a springboard for her career, and she began to receive better offers for roles in films such as ‘Urban Legend’ and ‘Cruel Intentions’. However, it was her role as the virgin ‘Vicky’ in ‘American Pie,’ the cult film about teenagers and sexual encounters, that established Reid as a promising face in Hollywood. All of this did not translate into a massively successful Hollywood career. Reid had a string of flops, including ‘Josie and the Pussycats’. She returned briefly for a role in ‘American Pie 2,’ but it did little to bolster her dwindling career. Reid is now more famous as a fashion designer and partygoer than as an actress, owing to her off-screen gaffes, a botched and publicized plastic surgery, and a slew of blink-and-miss appearances.

Tara Donna Reid is a Wyckoff, New Jersey native. Donna and Tom Reid were teachers and owners of a day care center, respectively. Colleen Marie, Patrick John, and Tom are her siblings. She attended the Professional Children’s School in Manhattan and began acting at the age of four.

She was offered several commercials as a child and made her television debut at the age of nine on the game show ‘Child’s Play. She attended a number of schools before completing her education at Barnstable Academy. She made her feature film debut in 1987 with ‘A Return to Salem’s Lot. She began her career in 1997 as a cast member of the teen comedy television series ‘Saved by the Bell: The New Class.’

Reid starred as ‘Vicky’ in the first installment of the popular ‘American Pie’ series in 1999. This was her first commercial success. Her role as ‘Melody Valentine’ in ‘Josie and the Pussycats’, on the other hand, was not as successful.

Reid followed this up with another appearance in 2001’s ‘American Pie 2’. The sequel was a greater success than the first. She then appeared in a number of additional films, including ‘National Lampoon’s Van Wilder’ and ‘Devil’s  Pond’.

Reid starred opposite Ashton Kutcher in 2003’s ‘My Boss’s Daughter,’ where her performance was panned by critics. She did not appear in the following year’s ‘American Pie 3’.

She then appeared in Uwe Boll’s flop ‘Alone in the Dark’ in 2005. The following year, her show ‘Wild on Tara Reid’ premiered on E! Channel, only to be cancelled after a few months due to low ratings. She starred in direct-to-video films and was the lead character in the made-for-television film ‘Vipers’ from 2007 to 2008.

Reid has also collaborated with Christian Audigier on a clothing line called Mantra. This clothing line debuted in 2009 in high-end department stores. The following year, she wrote a feature for the magazine ‘Playboy.’ ‘The Fields,’ a thriller film directed by Reid, was released in 2011. She also appeared on the British reality show ‘Celebrity Big Brother 8’ that year. She also announced that she would star in Jedward’s music video for ‘Wow Oh Wow.’

In 2012, she reprised her role as ‘Vicky’ in the latest installment of the ‘American Pie’ franchise, ‘American Reunion,’ which was a box-office smash.

Reid’s first big break in Hollywood came with ‘The Big Lebowski.’ Charlize Theron was reportedly offered the role of ‘Bunny,’ but it was ultimately given to Reid. The film grossed $46, 189, 568 worldwide and is considered a ‘cult classic’.

Her portrayal of the virgin ‘Vicky’ in the ‘American Pie’ series solidified her Hollywood career. The franchise became popular with teenagers and is currently regarded as a’sleeper hit,’ having spawned a number of sequels.

Reid called off her engagement to Carson Daly in 2001. She had liposculpting in 2006, which was a disaster. Additionally, she underwent a ‘doughnut mastopexy.’In January 2010, Michael Axtmann proposed to Reid, but the couple decided not to marry.

In 2010, she began dating Danish businessman Michael Lillelund. They were rumored to be married in 2011, but Lillelund denied the reports. In 2011, she announced another marriage to Bulgarian financier Zachary Kehayov. Nevertheless, she later denied any legal marriage.

Tara Reid Net Worth and Salary: Tara Reid is a $2 million dollar American actress/model. Although Tara Reid began her career as a child actress, she quickly rose to prominence as one of Hollywood’s most recognizable figures. Tara is probably best known for her roles in the “American Pie” film franchise, but she has appeared in a number of other films as well. Additionally, she is a skilled television actress who has appeared in a variety of shows (both reality TV and normal series).

Tommy Reid, the brother of this Hollywood actress, owns a company and a fashion brand for which she serves as a fashion consultant.

In 2002, this Hollywood actress best known for her role in ‘American Pie’ auditioned for the Spider-Man role of Mary Jane.