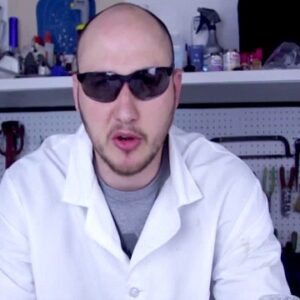 A Russian YouTuber by the name of Taras Kulakov is known online as “CrazyRussianHacker.” He is well-known for the “life hacks,” DIY & testing films, demonstrations, and science experiments that he provides to his audience on his YouTube channel. Since its 2012 debut, this social media channel has grown to become one of the top 200 channels on the network. The YouTuber also has a second channel with over 2.7 million subscribers called “Taras Kul.” Regarding his main YouTube channel, “CrazyRussianHacker,” as of June 2017, it has more than 9.8 million followers and more than 2.5 billion views. One of the most popular YouTubers ever, Taras Kulakov has achieved success via intelligence, perseverance, and passion. The popular YouTuber also has a sizable fan base on other social media platforms. As of June 2017, he had over 481k followers on Facebook and over 308k followers on Instagram. This is not all! He has a Twitter following of about 10,000.

In 2009, Taras Kulakov launched his first YouTube channel under the handle “origami768.” He began sharing videos of origami instruction on it. He soon changed his channel’s name to “Taras Kul.” With more than 2.7 million subscribers today, this channel has gained a lot of popularity.

The channel features a number of well-liked videos, including “Origami Star,” “How to Make an Origami Paper Airplane,” “Money Origami Shirt with a Tie,” “How to Make a Paper Cube,” “Origami Swan,” “Flow Rings,” and “3 Satisfying Science Toys.”

Through his channel, Slow Mo Lab, which he eventually renamed SlomoLaboratory, Kulakov made a second attempt to gain popularity on YouTube. On May 18, 2012, he launched his third channel, “CrazyRussianHacker,” and his fame immediately took off. The YouTuber publishes hacks, science experiments, DIY and testing videos, and demos on this channel.

Six Multi Tool Lighter Gadgets Put to the Test, Ten Kitchen Gadgets Put to the Test, DIY Rocket Stove Made of Cans, Russian Cosmonaut Food Taste Test, Eight Microwave Experiments – Compilation, and DIY Giant Bubbles are some of the most watched videos on this channel. Be aware that Kulakov, along with “Taras Kul” and “Slow Mo Lab,” has published more than 1000 videos on this channel so far.

In the USSR, Taras Kulakov was born on March 11, 1987. (now the territory of Ukraine). He is known to have both a sister and a brother, Dima Kulakov. He and his family relocated to Asheville, North Carolina, in 2009. Kulakov started his early YouTube channels there while working at Walmart till 2012.

The popular YouTuber has been swimming since 1996, and she even competed for Ukraine on the Olympic swimming squad. More than this, there is no other private information online about him.