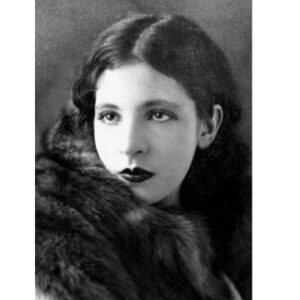 More Facts of Tarsila do Amaral

Tarsila do Amaral, also known as Tarsila, was a Brazilian artist who pioneered a new approach in Latin American art. She was the independent woman who lived life on her own terms. She consistently surmounted obstacles to follow her heart, whether it was in her professional or personal life. She was born into a planter family in the late 1800s and received her early education in academic painting. At the age of thirty, she was first exposed to modernist art through Anita Malfatti’s work. She relocated to Paris three years later and was exposed to Cubism, Futurism, and Expressionism. Her time in Paris also inspired her to dig further into her Brazilian heritage, sparking a desire to be recognized as a Brazilian artist. She began visiting the countryside upon her return home, rediscovering the rich colors of her homeland. She began painting Brazilian landscapes and iconography soon after, combining Brazilian themes with Cubism. She afterward went on to surrealism. Andrade’s famous “Cannibal Manifesto” was inspired by her 1928 artwork “Abaporu,” which was essential in the foundation of the Antropofagia Movement. Later in life, she grew more socially conscious, addressing societal themes in her works.

Tarsila do Amaral was born in Capivari, a small village in the Brazilian state of So Paulo, on September 1, 1886. José Estanislau do Amaral, her father came from a family of wealthy landowners and owned a coffee plantation. Lydia Dias de Aguiar was her mother’s name.

Her parents must have been unusually forthright, according to what is known about her family.
She was supported by her parents in her efforts to educate herself at a time when most daughters of wealthy households stayed at home and learned nothing.

However, it is unknown if she was truly sent to school in So Paulo, despite the fact that some accounts claim she went to Zion School.

The family relocated to Barcelona in 1900 when she enrolled in a school. She received her first formal art education at this school. Her teachers were quickly impressed by her replicas of photos from the school’s collection.

The family returned to So Paulo in 1906. Tarsila was absorbed in her art studies at the time.
She began studying sculpture with Zadig and Montavani in 1916. She started studying painting with Pedro Alexandrino in 1917.

A visit to Anita Malfatti’s solo show ‘Exposiço de Pintura Moderna’ in December 1917 sparked her interest in modernism. Malfatti was the first Brazilian artist to introduce European and American Modernism to Brazil, and her works had a profound impact on young Tarsila, despite widespread criticism.

Tarsila moved to Paris in 1920 to study at the Académie Julian, which was created by painter and teacher Rodolphe Julian.

She studied there until 1921, then returned home in early 1922, just after the end of Semana de Arte Moderna (Modern Art Week), which took place from February 11 to February 18.

She met some of the ‘Semana de Arte Moderna’ organizers in Brazil, including Anita Malfatti, Oswald de Andrade, Mário de Andrade, and Menotti Del Picchia. She was then encouraged to join the movement, and the two of them created the ‘Grupo dos Cinco,’ or ‘Group of Five.’

The group’s major goal was to promote Brazilian culture through modern art while eschewing traditional European forms. Instead, they attempted to incorporate indigenous Brazilian characteristics.

Tarsila returned to Paris in December 1922 to study at Académie Lhote with André Lhote. She also studied for a short while with Albert Gleizes and Fernand Léger. She was exposed to various styles of modern art around this time, including Cubism, Futurism, and Expressionism.

She quickly saw that, while Cubism had its advantages in terms of assisting artists in breaking free from academic art forms, it would ultimately be detrimental.

As a result, while she did not abandon cubism, she strove to develop her own style, influenced largely by Fernand Léger (a French painter, sculptor, and filmmaker).

She began to look into Brazilian ethnic culture for inspiration. During this time, she wrote to her parents, explaining how her experiences in Paris had inspired her to investigate her roots and Brazilian history, as well as her desire to be acknowledged as a Brazilian painter.

‘The Black Woman,’ her most famous painting, was made in 1923. (A Negra). Set on geometric background, it was an exaggerated and flattened portrait of a nude Afro-Brazilian woman.

It was the start of her distinct style, which featured a fusion of avant-garde aesthetics and Brazilian ancestry.

Tarsila returned to Brazil in December 1923. Soon after, she was joined by two poets, Brazilian Oswald de Andrade and French Blaise Cendrars.

The three then embarked on a tour of Brazil, stopping in Rio de Janeiro for Carnival and small mining villages in Minas Gerais for Holy Week.

She was overjoyed to rediscover the brilliant hues she had adored as a youngster but had been trained to dismiss as ‘ugly and unsophisticated’ in Minas Gerais.

Furthermore, the rustic dwellings and historic churches piqued her interest. She gradually discovered her roots as she dug more into her Brazilian history.

After a manifesto published by her partner and eventual husband, Oswald de Andrade, this time of her life is known as ‘Pau Brasil.’

He asked artists to create works that were authentically Brazilian rather than mimic European aesthetics in the manifesto.

Tarsila drew several sketches throughout her travels, which ultimately constituted the inspiration for many of her paintings.

The colors were always bright, something she was reminded of on this visit. She also became interested in the effects of industrialization on Brazilian society.

Tarsila’s first major effort of this period was ‘Estrada de Ferro Central do Brazil’ (E.F.C.B. 1924) The cityscape was a fantastic blend of cubism and ethnic paintings, created in brilliant colors.

Another of her important pieces is ‘Carnaval em Madureira,’ which was also painted in 1924.

Tarsila stuck to her roots and continued to represent Brazilian landscapes and imagery in her paintings. After marrying Oswald de Andrade in 1926, she and her husband traveled to Europe, where she had her first show at Galerie Percier in Paris, where her use of vibrant colors and tropical imagery was praised.

Tarsila was exposed to surrealism in Paris. She began a new stage in her painting after returning to Brazil from a tour of Europe and the Middle East.

She began to add surrealism into her paintings, departing from her previous approach of depicting landscapes and cityscapes.

By that time, a new movement had begun in several areas of Brazil, particularly in So Paulo, presenting Brazil as a country of large snakes. Based on the older ‘Pau Brasil’ movement, the movement aspired to appropriate European style and inspirations in order to develop a distinct Brazilian style.

Tarsila’s most famous piece, ‘Abaporu,’ was created in 1928. It led Andrade to create the Anthropophagite Manifesto, which gave birth to the Anthropophagic Movement, depicting a man, the sun, and a cactus.

Another of her important works from this period was ‘Antropofagia,’ which she created in 1929. Her first solo show in Brazil was presented at the Palace Hotel in Rio de Janeiro in 1929. She had another solo exhibition at the Salon Gloria in So Paulo later that year.

By 1930, she had achieved international acclaim, with exhibitions in New York and Paris showcasing her work. But this was also the year that her marriage to Andrade ended, bringing an end to a long and happy relationship.

Tarsila traveled to the Soviet Union in 1931, when she had an exhibition at Moscow’s Museum of Occidental Art. She later traveled throughout the Soviet Union and was as moved by the poverty she encountered as she was by the Socialist Realist art she saw.

She returned to Brazil in 1932, socially more active, and became part in the July 1932 Constitutionalist Revolution. She was accused of being a communist sympathizer and imprisoned for a month as a result of her visit to the Soviet Union.

Her works continued to portray social themes over the next two decades, with many of them featuring recognized human beings.

A well-known piece from this period is ‘Second Class,’ which shows a working-class family. She also began writing a weekly art section for Diario de So Paulo at some point.

Tarsila moved to So Paulo permanently in 1938 and began painting Brazilian people and landscapes. She reverted to her semi-cubic technique in the 1950s, still portraying Brazilian landscapes and imagery.

‘Abaporu,’ a 1928 oil painting on canvas, is Tarsila’s most famous work. She made it as a birthday present for Oswald de Andrade, literally meaning “man eat humans.”

It motivated him to found the Anthropophagic Movement, which encourages Brazilian artists to absorb European culture and transform it into something uniquely Brazilian.

‘Abaporu’ was auctioned in 1995 at Christie’s and purchased for $1.4 million by Argentine collector Eduardo Costantini. It is presently on display at Argentina’s Museo de Arte Latinoamericano in Buenos Aires.

Tarsila married André Teixeira Pinto in 1906, the same year she gave birth to her only child, a girl named Dulce do Amaral Pinto. After seven years of living together, the couple separated in 1913 due to a lack of mutual interests.

She married her long-time companion, Oswald de Andrade, in 1926. In 1921, they met in So Paulo. They created an artistically productive connection quickly, traveling together both domestically and internationally. The marriage terminated in divorce in 1930.

She may have entered a partnership with Osório Taumaturgo César after her divorce from Andrade. However, there is no information on this union.

She then formed a partnership with Luiz Martins, a twenty-year-younger man. Some biographers believe he stayed with her until her death, while others say he moved on to a younger woman.

Tarsila suffered from serious back difficulties near the end of her life, which forced her to use a wheelchair. She died in So Paulo on January 17, 1976, at the age of 86, and was laid to rest in Consolaço Cemetery.

She left hundreds of drawings, illustrations, prints, and murals in addition to 230 paintings and five sculptures.

More crucially, she steered the Brazilian arts into modernism and aided in the development of a distinctively Brazilian aesthetic.
Her crater on Mercury is known as the Amaral Crater.

Tarsila do Amaral has a net worth of $4 million dollars.