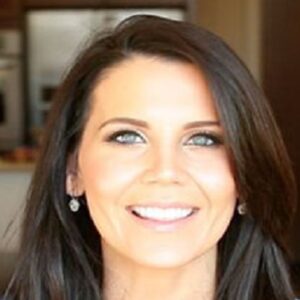 Tati Westbrook is a makeup artist and stylist from the United States who rose to success thanks to her YouTube channel, ‘GlamLifeGuru.’ Westbrook used to be an image consultant, but her career took a big leap when she started vlogging. What began as a casual pastime grew into a full-time job for her, as she quit her job to pursue a career in social media! While Westbrook had created a reputation for herself in Hollywood, it was through her channel that she became a household figure. She not only gives her audience tips and instructions on how to use, apply, and buy beauty and skin care products through it, but she also provides a full analysis and comparison of local drugstore variations vs their expensive and niche branded counterparts. Westbrook has 272K Twitter followers and 808K Instagram followers. Her YouTube subscriber count has surpassed 2.7 million and is still growing.

Tati Westbrook is known for being a YouTuber and a blogger, but she is much more than that. Few people are aware that Westbrook’s career began considerably earlier than most people believe. She worked as an image consultant before diving into social media. She even worked as a Hollywood makeup artist and stylist.

Westbrook began his career as a YouTube makeup instructor for ladies. Her major goal was to share beauty secrets, tips, videos, and hauls with her audience on beauty, skin care, and cosmetics. However, she quickly became so proficient with YouTube that she quit her full-time job to pursue vlogging as a career. Her YouTube channel, ‘GlamLifeGuru,’ has become the world’s most popular weekday beauty product review channel. Westbrook’s WTF and OMG series compares high-end products with those found at local drugstores, highlighting the benefits of both. She also evaluates products by putting their claims to the test. So, whether it’s the latest smudge-proof mascara from the corner store or the super-expensive branded flak-less foundation, any makeup product she puts her hands on has to pass the test.

Westbrook not only reviews things but also sponsors them for her followers. She does, however, only endorse things that appeal to her target audience and do not harm her brand. Such has been the enthusiastic reception of her channel that Westbrook got the runner-up award for ‘Allure Beauty Blogger of the Year’. Women’s Wear Daily dubbed her the Breakout Beauty Star on YouTube. Westbrook has been featured in many of the world’s most prestigious editorial publications, including Glamour, Allure, and Cosmopolitan.

Tatiana A. Westbrook was the name given to Tati Westbrook when she was born. Krievins was born in Washington, D.C., on February 14, 1982, and spent much of her childhood there with her family. Erika, Sabrina, and Larisa are her three younger sisters. She attended and graduated from high school in Washington. She was in a relationship with James Westbrook for five years and the two eventually married the knot in 2017. Tati is a private individual who prefers to keep her personal life secret.

Tati Westbrook has a net worth of about $12million.