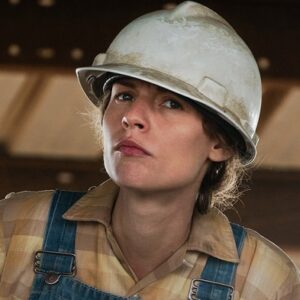 Temple Grandin is a well-known American author, animal behavior specialist, and autism champion. She completed her education successfully with the help of her mother and guiding mentors at school, and went on to have a successful career as an animal specialist and a parenting guru for autistic children. Her inventions of a “hug machine” to calm autistic people and “curved corrals” to prevent stress and harm in animals during slaughter have earned her worldwide acclaim. She has also written multiple books on autism and animal welfare, as well as providing consultancy to slaughterhouses and livestock farms in order to improve the cattle’s quality of life. Her intriguing life has been adapted into the inspirational film ‘Temple Grandin,’ which has received critical acclaim and awards from both the industry and the general public. ‘Animals in Translation,’ ‘Animals Make Us Human,’ ‘The Autistic Brain,’ ‘Emergence: Labeled Autistic,’ and ‘Thinking in Pictures’ are among her best-selling works. She has garnered multiple honors for her contributions to animal research and care, and she has appeared on countless television shows and periodicals around the world. She is the world’s most accomplished and well-known adult with autism, and she has served as an inspiration to other youngsters with autism.

Mary Temple Grandin, the eldest of four children, was born on August 29, 1947, in Boston, Massachusetts, to real estate agent Richard Grandin and writer-singer-actress Eustacia Cutler.
Her parents were advised to place her in a long-term care facility after she was diagnosed with autism at the age of two and was markedly brain-damaged during that time.

Her mother sought advice from a neurologist, who prescribed speech treatment, after which she was enrolled in a structured nursery school and a caretaker was recruited to keep her occupied with turn-taking activities at home.
She began speaking at the age of four and was fortunate to have supportive and sympathetic teachers at school, even though she struggled with social interaction with others.

In 1966, she graduated from Hampshire Country School, and in 1970, she earned a bachelor’s degree in psychology from Franklin Pierce College. She studied animal science at Arizona State University and received a master’s degree in 1975, then a doctorate in animal science from the University of Illinois at Urbana-Champaign in 1989.

While in high school, she invented a squeeze-box dubbed the “hug machine” to relieve stress and anxiety, which is now utilized as a comfort therapy by autistic children and adults, though in a modified form.
She worked in the cattle industry and as a livestock editor at ‘Arizona Farmer Ranchman’ for five years until 1975 while studying animal science.

She founded Grandin Livestock Handling Systems after getting a master’s degree in 1975, and via it she earned extensive knowledge and expertise handling animals at slaughterhouses. She carried out multiple research investigations that were later published in various academic journals and trade periodicals, garnering her acclaim and distinction.

Her autobiography, ‘Emergence: Labeled Autistic,’ was published in 1986, and it was re-released a decade later when she began to earn notoriety for her work. She began working as a consultant to corporations that managed large animal slaughter operations after receiving her doctorate in 1989, providing them advice and suggestions on how to provide their animals a better life.

Top fast-food corporations, such as McDonalds, Burger King, and ConAgra, are implementing her recommendations to improve the standards of slaughter plants and livestock farms in order to give quality food to their customers.
‘Developing Talents: Careers for Individuals with Asperger Syndrome and High-Functioning Autism’ (2004) and ‘Unwritten Rules of Social Relationships’ are two of her co-authored books (2005).

In 2005, she published ‘Animals in Translation: Using the Mysteries of Autism to Decode Animal Behavior,’ a New York Times best-selling book based on her studies and research on animal welfare.

In 2009, she and Catherine Johnson co-authored ‘Animals Make Us Human: Creating the Best Life for Animals,’ which made the New York Times best-seller list.

In 2010, her life story was transformed into the inspiring semi-biographical HBO film ‘Temple Grandin,’ which won many Emmy Awards and a Golden Globe Award and starred Claire Danes.
In 2006 and 2011, she had cameo appearances in the documentaries ‘Beautiful Minds: A Voyage Into the Brain’ and ‘Ingenious Minds.’

PrimeTime Live, Larry King Live, Fresh Air with Terry Gross, 48 Hours, Today Show, It’s Your Health, 60 Minutes, and 20/20 are just a few of the shows she’s appeared on.
She has appeared in a number of worldwide publications, including The New York Times, People, Forbes, Times, Discover, and US News and World Report.

‘Thinking in Pictures, and Other Reports from My Life with Autism’ (1995), ‘Genetics and the Behavior of Domestic Animals’ (1998), and ‘The Autistic Brain: Thinking Across the Spectrum’ are among her other important works (2013). She is currently an associate professor of animal science at Colorado State University in Fort Collins.

She devised a curved corral or round chute, rather than the typical straight chutes, to lessen panic, stress, reluctance, and agony experienced by animals when they see a slaughterhouse, so enhancing plant efficiency.

She argued that relocating hogs to less crowded and colder areas would reduce the amounts of PSE, or ‘pale, soft, and exudative,’ in pork, lowering glycogen levels in the muscles and resulting in a pH-balanced product.

In 2001 and 2002, she won the Richard L. Knowlton Award for Innovation from the magazine ‘Meat Marketing and Technology.’

In 2004, she earned a ‘Proggy’ award from People for the Ethical Treatment of Animals (PETA) in the ‘Visionary’ category, as well as the President’s Award from the National Institute of Animal Agriculture.
She was inducted into the American Society of Agricultural and Biological Engineers as a fellow in 2009.
In 2010, she was named to Time Magazine’s list of the “100 most important persons in the world” in the “Heroes” category. Cold Spring Harbor Laboratory (CSHL) awarded her the Double Helix Medal in 2011.

She has received honorary degrees from a number of institutions, including McGill University in Canada (1999), the Swedish University of Agricultural Sciences in Sweden (2009), and Carnegie Mellon University in the United States (2012).

Temple Grandin is an American professor with a net worth of $1 million. Temple Grandin was born in August 1947 in Boston, Massachusetts. She is an animal science professor at Colorado State University. Grandin is a well-known autism advocate who also works as an animal behavior consultant for the cattle business.