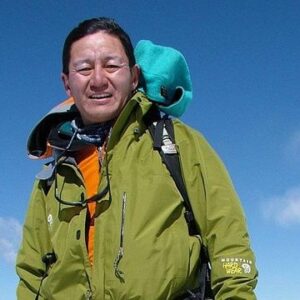 Tenzing Norgay was a Nepalese-Indian mountaineer who was one of the first two people to step foot on Mount Everest’s summit. He was one of the squad that took part in John Hunt’s 1953 British Mount Everest Expedition, along with Edmund Hillary of New Zealand. It was the ninth British mountaineering expedition, led by Colonel John Hunt, to attempt the first ascent of Mount Everest. Several prior missions had failed, and the team was hoping for a better outcome this time. The mission was a success thanks to careful planning and ideal weather conditions, and Norgay and Hillary were the first people to climb Mount Everest’s hitherto unconquerable summit. Setting foot on the peak of Mount Everest was the realization of Norgay’s long-cherished goal. He began his mountaineering career in 1935 as part of a reconnaissance expedition and went on to engage in many more throughout the years, including a failed Everest attempt. His life altered radically after he made history by becoming the first person to step foot on the summit of Mount Everest in 1953, for which he got numerous worldwide honors. Tenzing Norgay Trips, a company that provides Himalayan trekking adventures, was finally founded by him.

Tenzing Norgay’s birth and early life are shrouded in mystery. Ghang La Mingma, a yak herder, and his wife, Dokmo Kinzom, are said to have given him the name Namgyal Wangdi in May 1914 in Tengboche, Khumbu, in northeastern Nepal. He was one of his parents’ thirteen children.
His actual birth date is unknown. However, because he completed his historic summit of Everest on May 29, he chose to commemorate his birthday on that day.
On the recommendation of the head lama, Ngawang Tenzin Norbu, his birth name was altered to “Tenzing Norgay.”
He was an outgoing young man who twice ran away from home as a teenager. He ultimately made his home in Darjeeling’s Too Song Bhusti Sherpa village.

Tenzing Norgay began his career as a porter, and in 1935, Eric Shipton hired him to accompany him on a reconnaissance expedition. He was only 20 at the time, and this was his first opportunity to participate in an Everest trip.
He went on to participate in a number of subsequent excursions over the next few years. In the 1930s, he worked as a high-altitude porter on three British efforts to conquer Everest. He also worked on the 1936 trip with John Morris and took part in several climbs in the Indian subcontinent.
During India’s partition in 1947, he moved to Darjeeling and participated in an unsuccessful Everest summit attempt the following year. He participated in multiple trips and ascended the Kedarnath summit in the western Garhwal during this year.
He was a member of US and British reconnaissance expeditions in 1950 and 1951. In 1952, he took part in two Swiss expeditions, one led by Edouard Wyss-Dunant and the other by Gabriel Chevalley.
During the Swiss trip in 1952, he and Raymond Lambert were able to reach a height of 8,595 meters (28,199 feet) on the southeast ridge, setting a new record. This was an emotional voyage for him, and he formed a lasting connection with Lambert and the other members of the team.
In 1953, he joined John Hunt’s Everest expedition. With almost 400 passengers and 10,000 pounds of luggage, the voyage was methodically planned. He and his climbing partner, Edmund Hillary, reached the top on the morning of May 29th, making history.
Following this achievement, Tenzing Norgay was hailed as a hero and catapulted to international prominence. He was an unassuming and modest man who struggled to adjust to the sudden attention, but he did so graciously.
He later served as the first Field Director of the Himalayan Mountaineering Institute, a position he maintained for 22 years.
Tenzing Norgay Trips, a firm that provides Himalayan hiking adventures, was started by him in 1978.

On May 29, 1953, Tenzing Norgay and mountaineer Edmund Hillary became the first people to step foot on the summit of Mount Everest. Several mountaineers on prior excursions had failed to complete the task, and as a result, he gained a celebrity for completing it successfully.

Tenzing Norgay received the Tiger Medal for high-altitude work from the Himalayan Club in 1938.
In 1953, King Tribhuvan of Nepal bestowed upon him the Order of the Nepalese Star, 1st Class (Supradipta-Manyabara-Nepal-Tara).
In 1959, the Government of India awarded him the Padma Bhushan, India’s third highest civilian award.
He was also awarded the Special Olympic medal and the National Geographic Society’s Hubbard Medal.

He married Dawa Phuti, a Sherpa girl from Darjeeling, when he was 19 years old. This union resulted in the birth of three children. Unfortunately, his wife died in 1944.
A year after his first wife died, he married for the second time with Ang Lahmu, another Sherpa girl. From his first marriage, Ang, who was Dawa Phuti’s cousin, became a foster mother to his children. In 1964, his second wife died.
Daku was his third marriage. She gave birth to three sons and one daughter for him.
Tenzing Norgay died on May 9, 1986, in Darjeeling, India, of a brain hemorrhage at the age of 71.